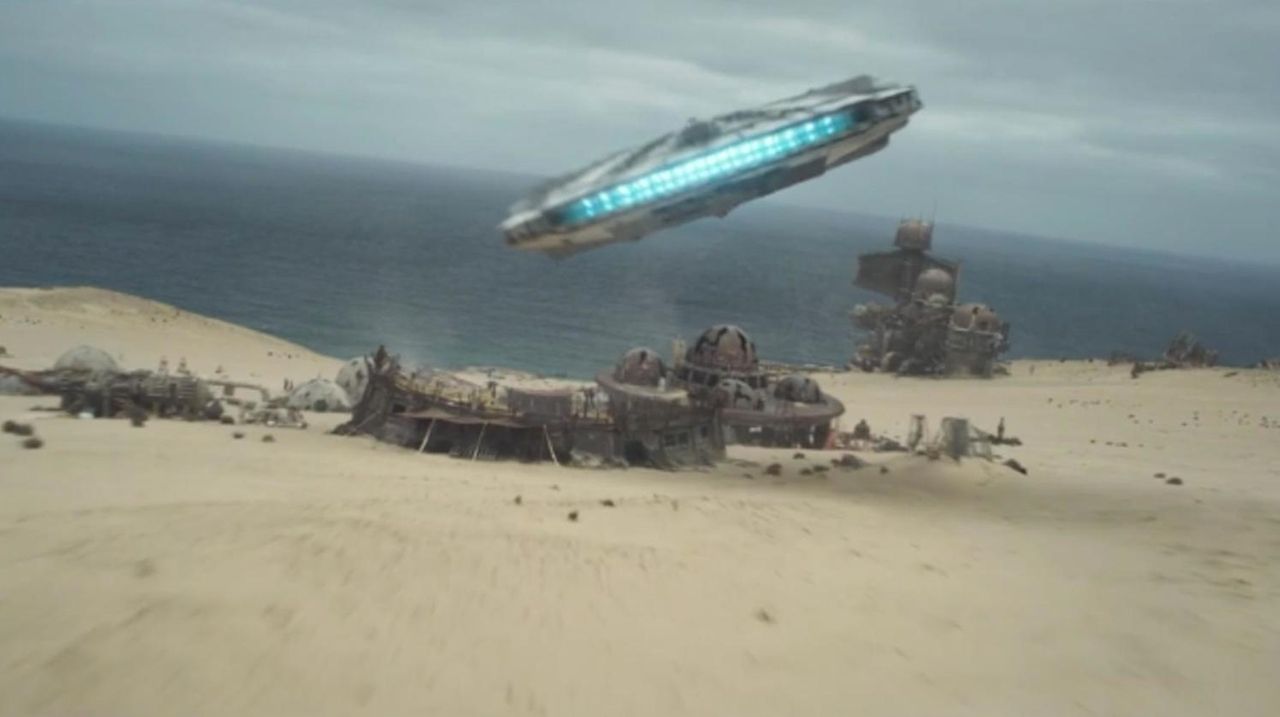 Dis­ney re­leased a new trailer for its movie, "Solo: A Star Wars Sto­ry." The film hits theaters on May 25. Credit: Star Wars

Is it an action-comedy, a space-Western or a straight-ahead origin story? The second trailer for “Solo: A Star Wars Story” doesn’t quite answer the questions.

Released Sunday night, the new trailer put a slightly new spin on the upcoming film, which stars Alden Ehrenreich as a young Han Solo, Donald Glover as a young Lando Calrissian and Emilia Clarke as Qi’ra, a galactic adventurer.

The trailer begins with a sound rarely if ever heard in a “Star Wars” film: a bluesy guitar. That, along with shots of gambling dens, tense showdowns and unsnapped holsters suggest a Western vibe. Ehrenreich has clearly been studying the space-cowboy bravado of his predecessor, Harrison Ford: Sauntering through a saloon, the younger actor rests his hands on his belt exactly as Ford did more than 40 years ago in 1977’s first “Star Wars.” Also in this trailer is some Butch Cassidy-and-Sundance-style banter between Solo and his longtime pal Chewbacca, who we learn is a surprising 190 years old. (“You look great,” Solo tells him.)

Slowly, though, the trailer begins to suggest something like a heist movie, reintroducing us to Woody Harrelson as team leader Tobias Beckett and giving us our first sample of dialogue from Glover’s Calrissian. (“All the stories you’ve heard about me are true,” he says with a smile.) Then, as John Powell’s score changes from something almost rock and roll-ish to something more John Williams-ish the trailer begins to resemble a classic space-adventure with laser blasts and spaceship chases.

That all strikes a different tone than the first trailer, which focused more on Solo’s rascally charm and mid-action quips. Taken together, these two trailers might be reflecting the rocky production history of “Solo: A Star Wars Story,” which saw young directors Phil Lord and Christopher Miller (“The LEGO Movie”) replaced midway through by old pro Ron Howard (“A Beautiful Mind”).

In any case, “Solo: A Star Wars Story” promises to be a major box-office draw upon its release May 25. Disney clearly has enough confidence in this film to allow its new Han Solo to rework one of the most famous catchphrases in “Star Wars” history: “I got a really good feeling about this.”