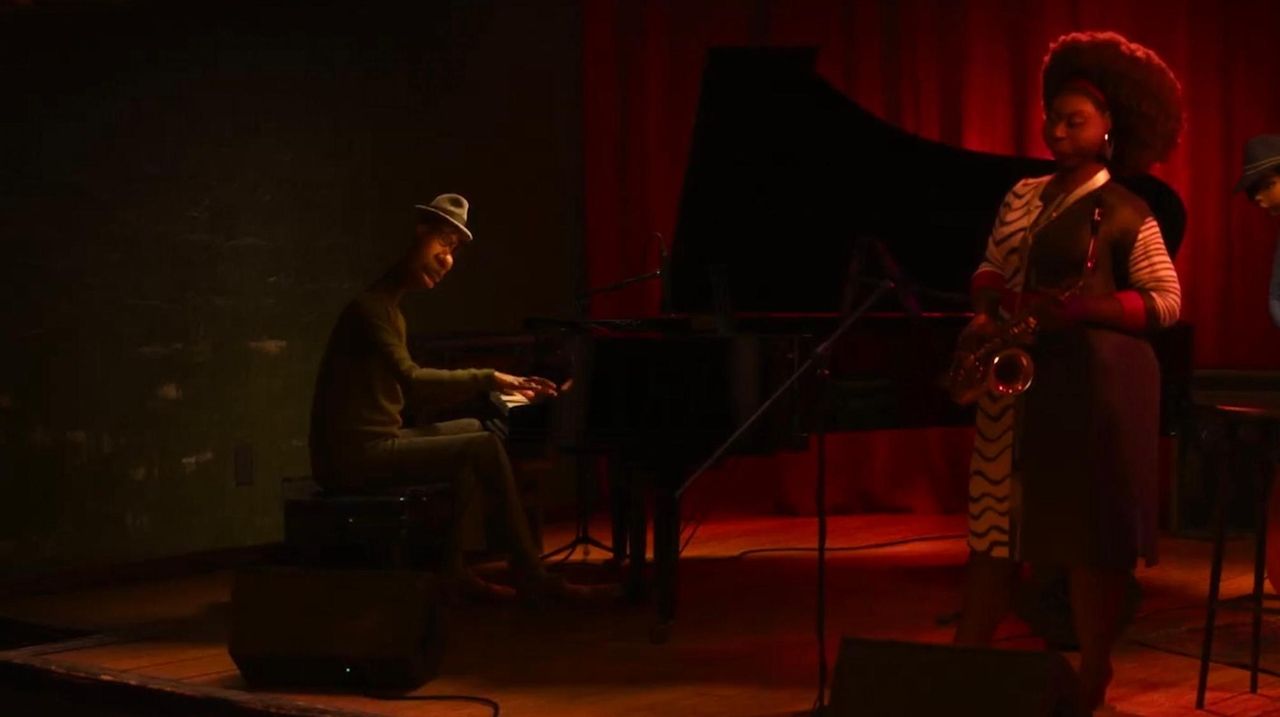 Disney-Pixar's "Soul," an animated adventure about a middle school music teacher, voiced by Jamie Foxx, who dreams of being a jazz performer, is set to hit theaters in June 2020.  Credit: Disney Pixar

"We only have a short time on this planet," the Oscar-winner says in voice-over as jazz-loving middle-school music teacher Joe Gardner, a mustached, bespectacled New Yorker. "You want to become the person that you were born to be? Don't waste your time on all the junk of life," he urges. "Spend your precious hours doing what will bring out the real you — the brilliant, passionate you that's ready to contribute something meaningful into this world."

For the piano-playing Gardner, who had done well-enough at a jazz club's open-mic night that he has been offered a professional gig, that means pursuing his dream of making a living as a musician. He gets so excited over the prospect of performing that on his way to a haircut, a barking dog startles him and he wheels backward into the street. After narrowly avoiding a Vespa-like scooter, Gardner falls into an open manhole and finds himself in his soul, separated from his body — a small, blue, blobby being, still with his glasses and hat, walking over a procession of lights amid an inky void.

There he encounters 22 (voiced by Tina Fey), a similar but more featureless, genderless blue being who, per earlier reports about the film, is a soul-in-training attending the requisite You Seminar in order to learn its passion and then proceed to inhabit a newborn. Twenty-two's passion? Cowboy dancing.

Disney had revealed the film in June, announcing a release of June 19, 2020. At the studio's annual D23 expo in Anaheim, California, in August, Disney offered a first look and introduced the cast, which also includes Daveed Diggs, Ahmir "Questlove" Thompson and Phylicia Rashad. Co-directed by Pete Docter, the co-director and co-writer of "Up" (2009) and "Inside Out" (2015), and by playwright and "Star Trek: Discovery" staff writer Kemp Powers in his directorial debut, it has a score by Oscar winners Trent Reznor and Atticus Ross from Nine Inch Nails.