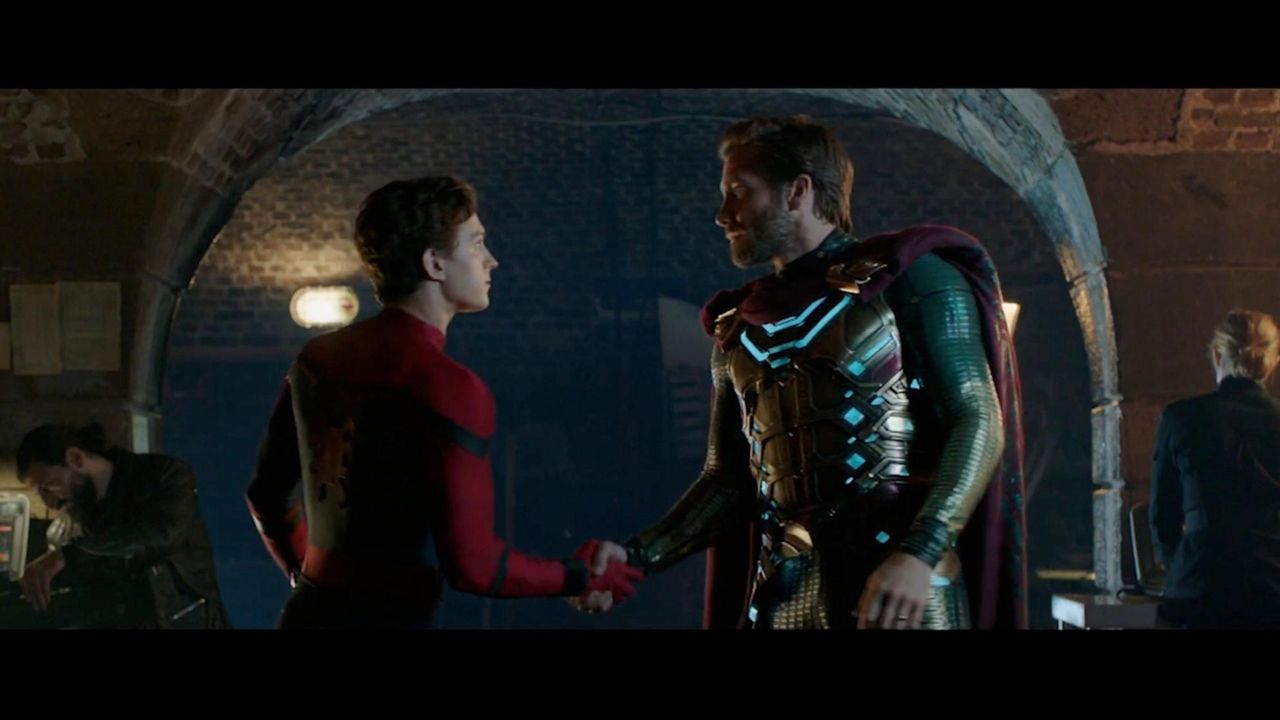 The new trailer for Marvel Studios' "Spider-Man: Far from Home" explores the aftermath of the cataclysmic events of "Avengers: Endgame," and finds the teenage superhero mourning the death of his mentor, Tony Stark.

"Everywhere I go, I see his face. I just really miss him," Peter Parker/Spider-Man (Tom Holland) tells Happy Hogan (Jon Favreau), friend and former right-hand-man of the late Stark/Iron Man (who had been played by Robert Downey Jr.). Hogan replies that he misses Stark as well, and tells Parker, "I don't think Tony would have done what he did if he didn't know that you were going to be here after he was gone."

Unlike the teaser trailer released online Jan. 15, this first formal trailer establishes that "Far from Home" — in which Parker and his high-school class go on a field trip to Europe — takes place after "Endgame.” We see Iron Man is a worldwide hero — and as SHIELD chief Nick Fury (Samuel L. Jackson) informs Parker, the time/space/reality-altering "Snap" by either the villain Thanos in "Avengers: Infinity War" or by Bruce Banner/Hulk or Stark in "Endgame" "tore a hole in our dimension."

"You're saying there's a multiverse?" Parker asks incredulously, referring to alternate realities as long established in the comics and expressed on-screen in last year's animated feature "Spider-Man: Into the Spider-Verse."

Fury in the new trailer also says that a Mr. Beck (Jake Gyllenhaal) — who in the comics is a villainous special-effects genius called Mysterio who creates disorienting illusions but is seemingly heroic here — comes from an alternate Earth. One shot of Parker and Beck in an old bar shows Beck in costume and Parker in what appears to be Spider-Man's black stealth suit, both of them unmasked, as a goat-horned creature sits unobtrusively at a table in the background.

In addition to expanding on the previous trailer's action scenes, in which Parker and Beck fight the monstrous Elementals that embody fire, water, earth and air, the new trailer finds Parker's classmate and crush MJ (Zendaya) saying she knows he is Spider-Man. "I mean, it's kinda obvious," she tells him. Since MJ in "Spider-Man: Homecoming" (2017) displayed a mastery of deadpan humor, it is unclear if she truly knows or is simply pulling his leg.