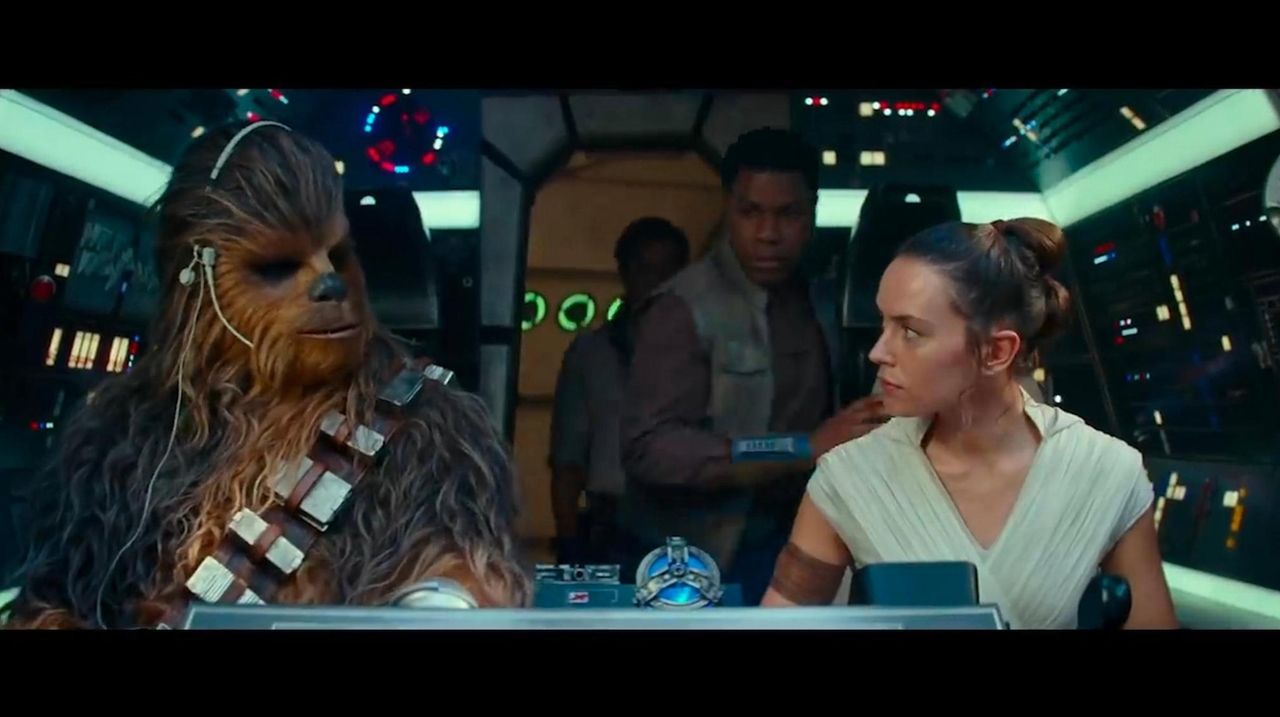 PLOT The fate of the universe hangs on a young woman’s struggle between good and evil.

BOTTOM LINE After more than 40 years, the “Star Wars” series comes in for a smooth landing.

So go the very first words, inscribed in the traditional opening crawl, of “Star Wars: The Rise of Skywalker.” It's the ninth and final film in George Lucas' iconic space opera, which has spanned multiple generations — both on-screen and in real life — since its debut in 1977. Like few sequels before it, this one has a great deal to accomplish, namely, shepherding a new cast of characters through a battle with a satisfying conclusion while paying homage to the sturdy old narrative it's built upon. To do that, “The Rise of Skywalker” relies on the most powerful weapon in its arsenal: the ghosts of movies past.

Read on for impressions of the overall film but little information about who or what you'll actually see on-screen (a new mandate for reviewing Disney movies that began with “Avengers: Endgame”). The short version is this: Director and co-writer J.J. Abrams is back in charge after 2015's “The Force Awakens,” bringing none of the adventurous visuals or self-aware humor of Rian Johnson's previous installment, “The Last Jedi,” but a sixth sense for delivering what's known as “fan service.” Though somewhat overstuffed, and so fast-moving it sometimes falls head over heels, “The Rise of Skywalker” cannily blends new material with a gratifying dose of the familiar.

It won't spoil much to share a few welcome developments. After waiting in the wings for two films, Oscar Isaac's rebel fighter-pilot Poe Dameron takes a starring role and exudes a Han Solo-ish charm. John Boyega's Finn, a former Stormtrooper, still wants for personality but seems to have grown wiser and perhaps stronger. Also here are your favorite 'droids, R2-D2 and C-3P0 (Anthony Daniels, the series' constant star), plus a new one, all bantering in Abrams' trademark fashion.

Is 'Rise of Skywalker' the end of 'Star Wars'? Abrams answers

The film's twin centers of gravity, of course, are the Jedi-in-training Rey (Daisy Ridley), and her polar opposite, Kylo Ren (the indispensably intense Adam Driver), now the Supreme Leader of the First Order. Known to smitten fans as Reylo, they generate a love-hate friction that gives this movie its brightest jolts of electricity — sometimes literally. Yes, Rey's true origins will be revealed. And yes, she will finally choose between the light and dark sides of The Force, the cosmic power that still stands as Lucas' most profound creation.

And what of Carrie Fisher, the late actress who transformed Princess Leia Organa from distressed damsel into feminist icon? She's here posthumously, thanks to unused footage, and though her scenes can feel a little chopped together, Fisher's spirit shines through.

When the closing credits roll, you'll be forgiven if you breathe a sigh of relief. The franchise has ended; your childhood has not been wrecked. The “Star Wars” films are not really over, anyway — just on “hiatus,” per Disney — which means the dead will surely speak again.

Is 'Rise of Skywalker' the end of 'Star Wars'? Abrams answersIt's the end of an era. Kinda. The ninth film in a saga that began in 1977 has been touted as a grand finale -- yet the Star Wars franchise isn't going anywhere.