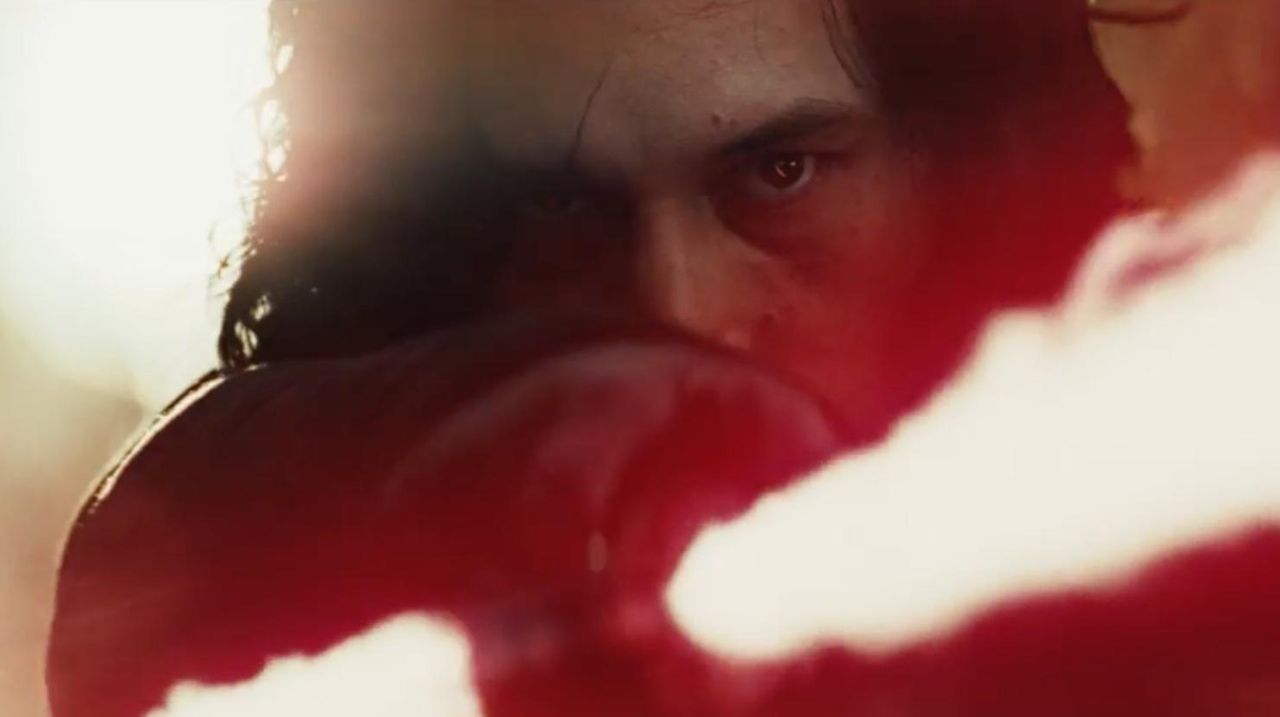 Listen carefully: Is that Luke Skywalker speaking his first words in the first teaser trailer for the upcoming "Star Wars" movie? The movie opens in December. Credit: Disney

The highly anticipated movie “Star Wars: The Last Jedi” doesn’t hit theaters until December, but the first trailer for the potential blockbuster debuted Friday, and teased some fighting words from Luke Skywalker.

In the trailer, there are glimpses of new and unusual worlds, Rey training with Luke and a space battle between the Resistance and The First Order. But the kicker comes in the trailer’s final seconds as we hear Skywalker utters the ominous line “It’s time for the Jedi to end.”

Mark Hamill, who plays Skywalker, told ABC News “It was as shocking to me to read what Rian [Johnson, the director] had written as I’m sure it will be for the audience.”

When asked if Skywalker might ever turn to the Dark Side, he said, “It’s possible, anything’s possible.”Disney and Lucasfilm premiered the trailer on Friday during a panel discussion at Star Wars Celebration in Orlando, Florida. The movie is set to hit theaters on Dec. 15.