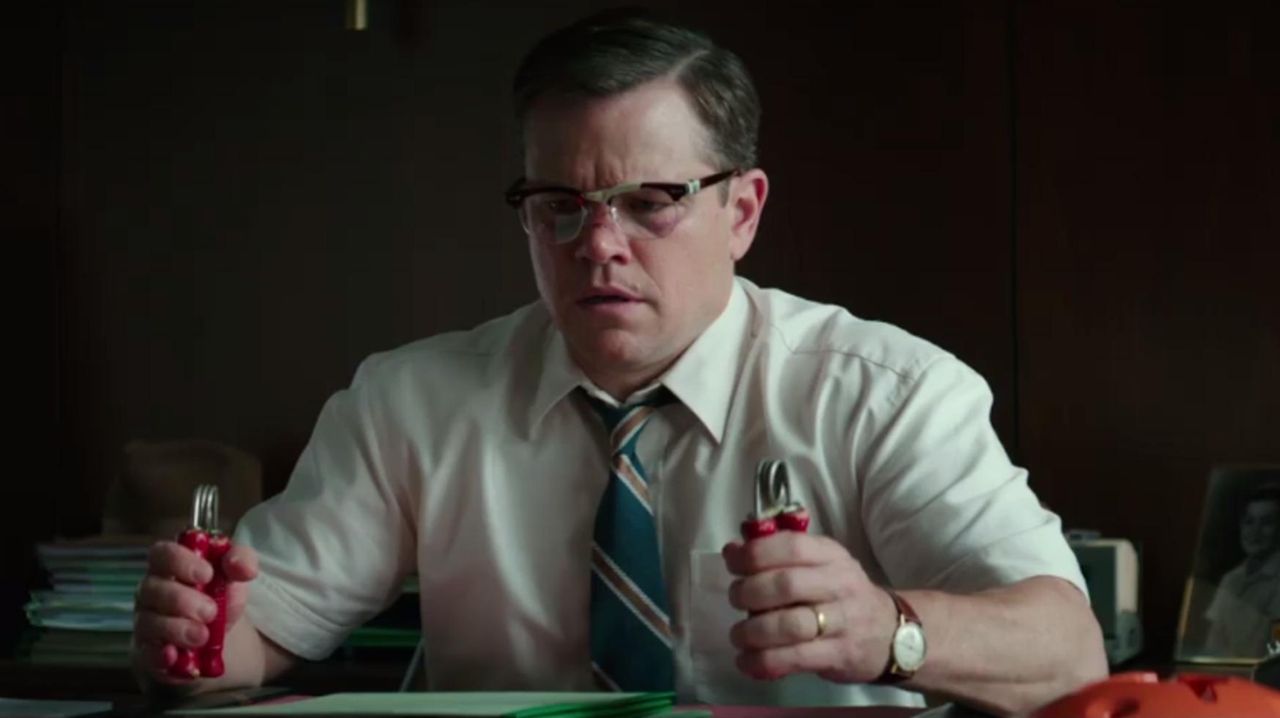 In the 1950s, a quiet suburb is roiled by racism, crime and murder. With Matt Damon, Julianne Moore and Oscar Isaac and directed by George Clooney. The Coen brothers helped write the script. Credit: Paramount Pictures

PLOT In a quiet suburb, a murder plot unravels while a race riot explodes.

Something is wrong in Suburbicon, the fictional American idyll that lends its name to George Clooney’s satirical comedy-drama. Set in the 1950s, “Suburbicon” tells two stories simultaneously: One features Matt Damon as Gardner Lodge, a seemingly upstanding family man who has carefully planned a crime, while the other is inspired by the Myers family, the first African-Americans to move into all-white Levittown, Pennsylvania, and whose presence set off a race riot in 1957. While Gardner desperately tries to keep his sordid scheme from unraveling, his angry neighbors down the street prepare to torch the house of a black couple and their little boy.

Written by the Coen brothers, Clooney and his longtime collaborator Grant Heslov, “Suburbicon” might be described as “Fargo” meets “Detroit” — and the combination is as incongruous and insensitive as it sounds. A racially charged drama, complete with flaming Confederate flags, should not be squeezed in next to a farcical film noir with bloody slapstick and zany camerawork.

“Suburbicon” unfolds through the eyes of Nicky (Noah Jupe), a young boy whose home is invaded by sneering thugs. In the aftermath, Nicky’s mother and Gardner’s wife (Julianne Moore) is dead, and soon her twin sister (Moore again, amusingly) moves in to help Gardner through this difficult time. As children do, Nicky copes. In fact, he’s the only kid in Suburbicon who’ll play ball with his new black neighbor (Tony Espinosa).

“Suburbicon” draws clear parallels between America’s ugly past and its not-so-pretty present, notably when the white homeowners erect a giant wall around their black neighbors. None of this works as social commentary, though, because “Suburbicon” is so patronizing to its black characters. They have no personalities, no back stories; they’re merely long-suffering martyrs with stoic faces. In truth, the filmmakers don’t want to get much closer to them than the neighbors do.

Even without this preachy narrative, “Suburbicon” wouldn’t have worked. Its brand of comedy is too spiteful and its Mayberry-style targets are too obvious. “Suburbicon” may have begun with good intentions, but it will leave you with a very bad taste.

Brothers Ethan and Joel Coen have written, directed or produced many memorable, often quirky films since the 1980s. Will “Suburbicon,” which they co-wrote, crack this list of the top-grossing films penned by the siblings? (Box office grosses are adjusted for ticket-price inflation.)