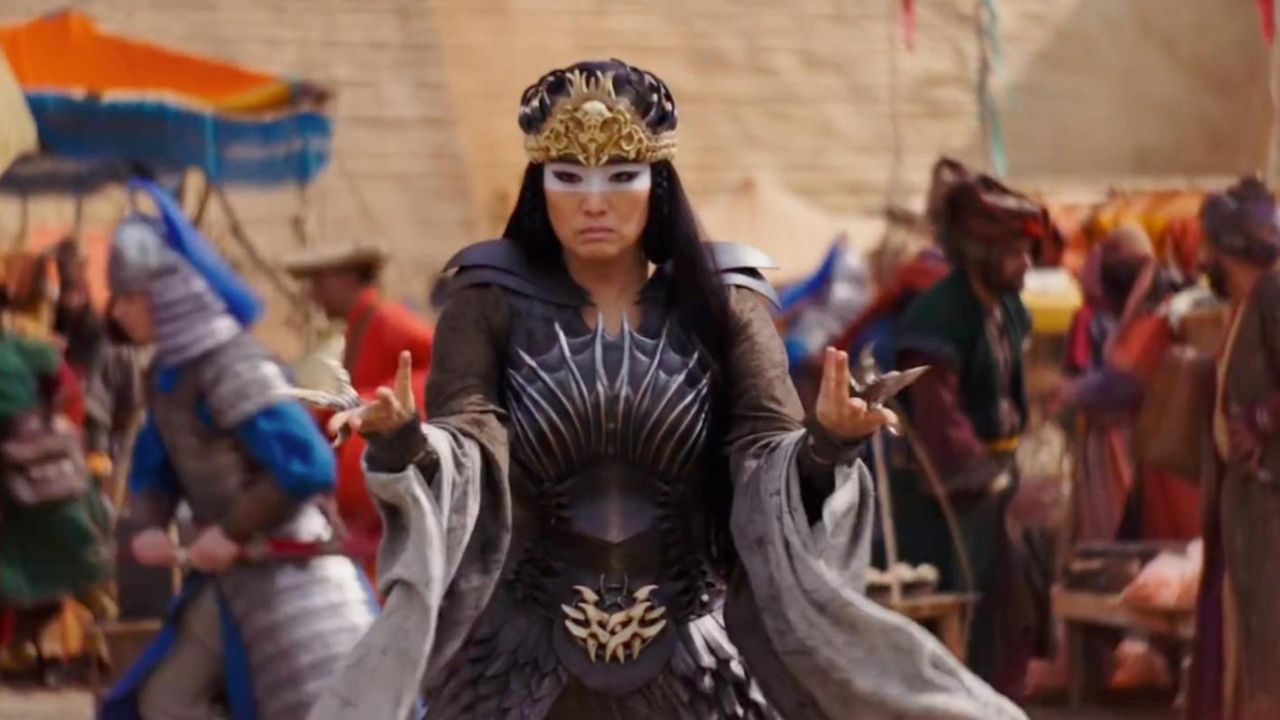 Newsday film critic Rafer Guzmán tells us what to expect if and when movie theaters open this summer. Credit: Newsday / Rafer Guzmán

Like many Long Islanders, Nancy Arthur put her life on hold when the COVID-19 virus began spreading across the region this spring. A retired kindergarten teacher in Patchogue, Arthur says she has canceled her long-awaited trips France and Asia, and now spends her time gardening or watching PBS. She says she’s eager for a return to normalcy but — as a senior citizen who also has asthma — she worries that the virus could spread again if businesses reopen too quickly.

When movie theaters reopen, though, Arthur — an avid moviegoer who typically sees all the year’s Best Picture Oscar nominees and volunteers at the Plaza Media and Arts Center near her home — plans to grab her mask and be one of the first people in line. “I’ll be there in a heartbeat,” she says. “People miss it. We miss our community.”

The $41 billion movie industry has been brought to a virtual standstill over the past two months, but there are signs that a night at the movies could become a reality again. Movie theaters around the country are reopening — albeit piecemeal, state by state — and movie studios are once again setting release dates for summer blockbusters that had been in limbo. Christopher Nolan’s “Tenet,” which never wavered from its July 17 date, has become the great hope of the movie industry, followed by Disney’s live-action “Mulan” on July 24. Spotting an opportunity in all the optimism, the indie studio Solstice swooped in with a July 1 release date for its Russell Crowe thriller “Unhinged,” which can now be called the first major movie to open in the nation’s theaters.

For Long Islanders, there are questions. When will this hard-hit region, which has seen more than 75,000 cases of the virus and more than 3,600 related deaths, be allowed to reopen its theaters? What will the moviegoing experience look like as patrons and staff attempt to maintain social distancing? And when the doors do open, will audiences be willing to risk their safety for a night at the movies?

“We don’t have a date set,” says Dylan Skolnick, co-director of Huntington’s Cinema Arts Centre, which closed its doors March 16 and has furloughed two-third of its 25 employees. “We have to be responsible to how the situation develops and what would be safe for the audience. But that doesn’t mean we aren’t making plans.”

The movie industry, like so many others, is anxious to start operating in earnest again. With theaters out of the picture for so long, some studios bit the bullet and made their movies available for home viewing. One notable example is “Trolls World Tour,” which Universal released to theaters but also put up for digital streaming on April 10. The animated film reportedly earned $100 million. Universal will bypass theaters completely for Judd Apatow’s “The King of Staten Island,” starring Pete Davidson, which will debut on demand June 12.

Streaming may be an option for some mid-budget movies, but not for pricey summer tentpoles. “Tenet,” a World War III-themed thriller starring Robert Pattinson and John David Washington (“BlacKkKlansman”), was shot in seven countries for a reported budget of $200 million — roughly twice that of “Trolls World Tour.” Add to that millions more in marketing, advertising and publicity costs, and “Tenet” will need to make something like $450 million to break even, according to some outside estimates.

“The conventional wisdom is that the theatrical release is required in order to make a profit or even to have a chance at profitability,” says Paul Dergarabedian, senior media analyst at the industry research firm Comscore. “They’re waiting patiently for the movie theater to come back, because they need it to make the film financially solvent.” If the studios have to wait a while, Dergarabedian adds, then they’ll wait a while. Case in point: “F9,” the latest in Universal’s “Fast and Furious” series, has been pushed from May 22 to April 2 of next year.

Meanwhile, local theaters have been watching what their counterparts around the country are doing. In San Antonio, Texas, three venues owned by Santikos Entertainmen were among the first in the nation to reopen, during the first weekend in May. By selling discounted tickets to a handful of recent movies — including Vin Diesel’s “Bloodshot” and the faith-based drama “I Still Believe” — and enforcing new rules for social distancing, the theaters drew a reported 3,000 patrons over the weekend.

“They did all right,” says Skolnick at Huntington’s Cinema Arts Centre, though he adds: “That’s Texas, not New York.”

While Skolnick waits for the order to reopen movie theaters — they’re among the last businesses listed on the state’s four-phase plan — he’s been taking part in regular Zoom conference calls with more than 100 other theater-operators around the country to discuss issues of safety and cleanliness. “Everyone’s been brainstorming on this issue,” he says.

For the moment, Skolnick’s plan includes requiring employees to wear masks. Clear plastic barriers may be erected at the ticket window and the concession stand. Patrons will be encouraged to buy tickets online to minimize hand-to-hand transactions. Once inside, audiences must leave plenty of space between themselves and their seat-neighbors. The venue’s three auditoriums will be cleaned more thoroughly between showings.

All of which could put pressure on the Cinema’s bottom line. Longer cleaning times means fewer show times per day. Social distancing means fewer seats can be sold. There’s also the possibility that the Cinema will sell discounted tickets to attract patrons. In short, says Skolnick, revenue may dwindle but labor and operating costs may note.

“If you’re going to clean every theater between every show, you need people to do that. But financial and health issues would say to have as few people as possible,” he says. “It’ll be a little challenging.”

At Patchogue’s Plaza Cinema and Media Arts Centre, social distancing could be even more challenging. “We’re small to begin with,” says director of development Lauren Wagner. “Having 68 seats in a 1,200-square-foot facility, it’s really going to limit us to how many people we can safely accommodate.” Twenty or so people per screening, she explains, won’t pay the Plaza’s bills. “Cooling in the summertime costs a lot of money. It’s a little bit scary.”

Multiplex theaters will also have to adjust their expectations. With work-life balances upended and a whole new set of safety concerns, audiences may not rush out to see the latest release on a busy Friday or Saturday night. “Those daytime and weekday show times may be more practical,” says Patrick Corcoran, Vice President and Chief Communications Officer of the National Association of Theatre Owners. “The timing of the audience coming through our theaters will be different. But you may still end up getting a really sizable audience over time.” (The country’s two biggest theater chains, AMC and Regal, declined to provide specific information about possible re-openings.)

One bright spot in all of this: Drive-in theaters, those nearly-extinct remnants of a bygone era, are making a comeback. Drive-ins from Missouri to California have been reporting brisk business even when playing months-old movies like “Knives Out.” And while there aren’t any drive-ins left on Long Island, the town of North Hempstead will launch several pop-up versions at parks later this month. Privately, local theaters and film festivals have been talking about starting drive-in programs as well.

As for rumors about the death of movie theaters, they’re greatly exaggerated, says Comscore’s Dergarabedian. Audiences tired of streaming content at home are surely be eager to go out, he says, and 2021 could prove a terrific year for theaters given the number of big releases that have been postponed. “The movies,” he says, “will be waiting for the moviegoers for sure.”

Drive-in concerts being discussed as summer alternative The Long Island Community Hospital Amphitheater at Bald Hill in Farmingville is working on a plan to put together drive-in concerts from the venue's parking lot. LI's TV, film industry looks to post-shutdown futureAn HBO series from the "Downton Abbey" creator, an ABC vampire series and a Kevin James Netflix comedy are among the shows affected.  When LI theaters reopen, what can you expect?Will you need to wear a face mask? Many plans and precautions are being considered.