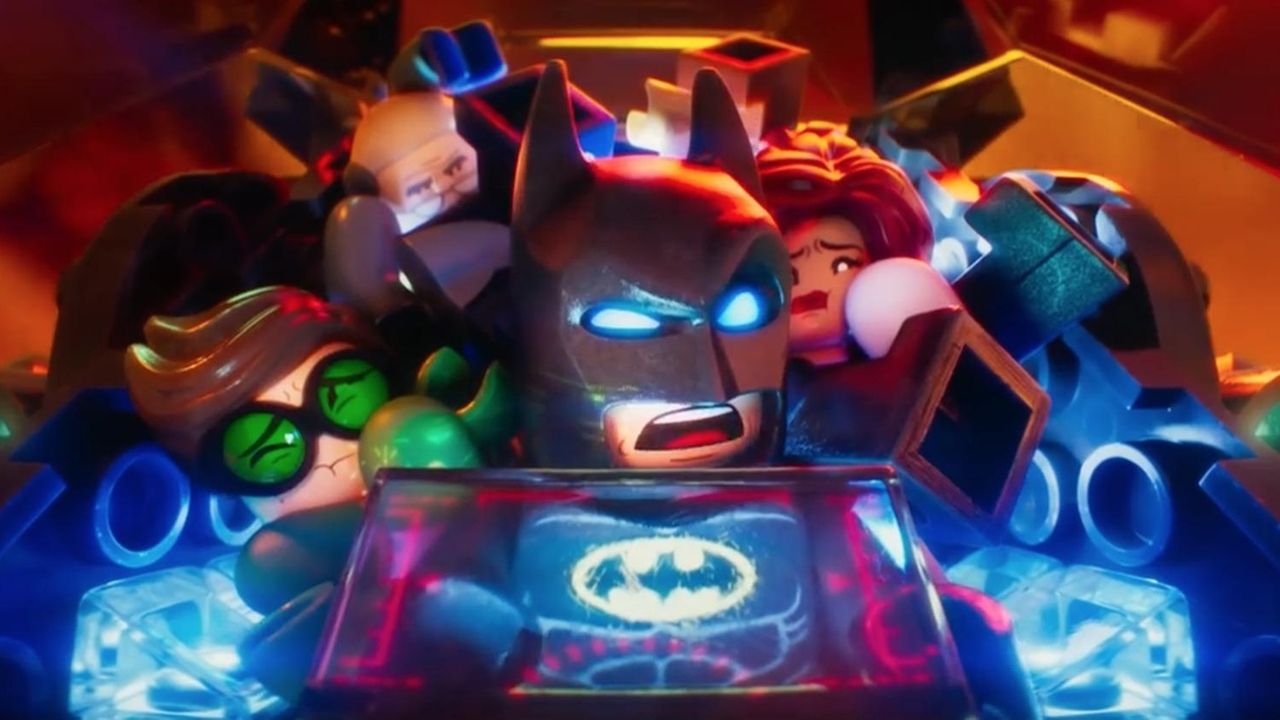 Will Arnett returns as the voice of the egotistic superhero from "The Lego Movie," this time teaming up with Lego Robin (Michael Cera) to battle Lego Joker (Zach Galifianakis). Credit: Warner Bros. Pictures

PLOT The egotistic superhero from “The Lego Movie” faces his greatest villain yet: Fear of intimacy.

BOTTOM LINE More of a spoof than an actual story, but the nonstop jokes should please kids and parents alike.

“There is no ‘us,’ ” says Lego Batman in a husky whisper during the movie that bears his name. “You mean nothing to me. No one does.” It’s a heavy line, or at least it would be if Batman weren’t breaking up with Lego Joker, an attention-starved villain whose painted-on eyes shimmer with tears. “Do you realize,” the wounded Joker says later, “that you’ve never once told me you hate me?”

Welcome to “The Lego Batman Movie,” the self-mocking follow-up to 2014’s animated hit “The Lego Movie.” One of that marvelous movie’s best ideas was casting Batman as a brooding, self-absorbed dork who seemed less like a crime-fighter than an overgrown Goth. With the raspy voice of Will Arnett, who returns here for a major encore, Lego Batman is a spot-on spoof — but can he carry his own movie?

The answer is yes, though Batman gets tremendous help from five screenwriters (including Rockville Centre native Seth Grahame-Smith, of “Pride and Prejudice and Zombies”) who supply an abundance of jokes, quips and physical comedy routines. Much of the material hinges on Batman’s un-superhero-like behavior, as when he throws a childlike tantrum before the stoic butler Alfred (Ralph Fiennes, dry as gin) or stands at the Wayne Manor microwave while his meal rotates for two boring minutes. These conceits work because director Chris McKay (who assisted on “The Lego Movie”) has sharp timing but also because Lego Batman plays everything so straight. Even when Alfred brings up embarrassing moments (cue a clip of Adam West dancing in the 1960s television show), Batman clings to his too-cool persona.

The characters in the “The Lego Movie” were endearingly unaware that they were actually toys, but everyone in “The Lego Batman Movie” has a firm grasp on his place in popular culture. Batman’s chirpy new sidekick, Robin (Michael Cera), and Gotham’s capable new commissioner, Barbara Gordon (Rosario Dawson), have broadly sketched personalities, but mostly they’re straight men for more Batman-based humor. As for the Joker, he’s a joke unto himself — the arch-villain as needy whiner — and Zach Galifianakis gives him an appealing sense of vulnerability.

Though this spinoff has less heart than “The Lego Movie,” the nonstop pace and dazzling animation (once again by Animal Logic) should make it a crowd-pleaser. Listen for voices from Ellie Kemper, Channing Tatum, Jenny Slate and others.

'The Underground Railroad': Powerful adaptation
Ellen DeGeneres ending her talk show after 19th season
Rancic stepping down from E! red carpet coverage
Amid outcry, NBC says it will not air Golden Globes in 2022
Elon Musk shows humility and hubris as 'SNL' host
'Mitchells vs. the Machines': Perfect movie for the whole family
Didn’t find what you were looking for?