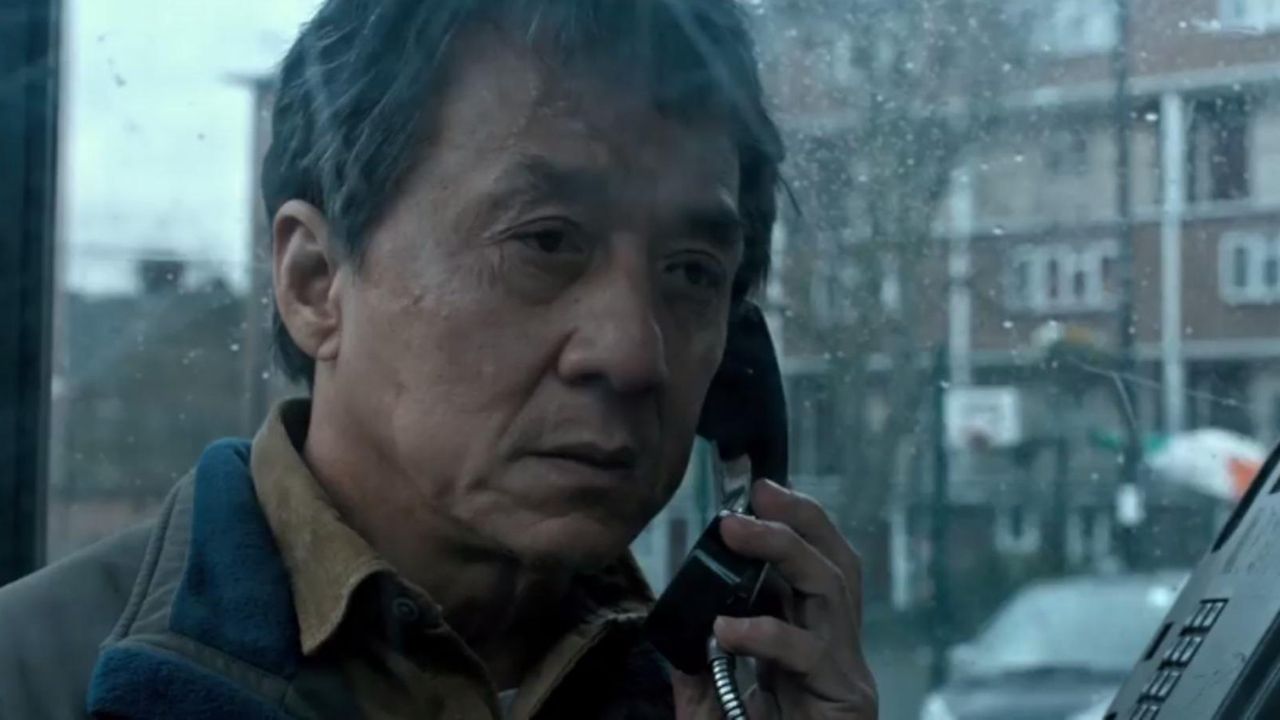 Jackie Chan takes a serious turn in this action-thriller about a man trying to track down the terrorist bomber who killed his daughter. Credit: STX Entertainment

PLOT A Chinese immigrant in England tries to find the Irish terrorist who killed his daughter.

BOTTOM LINE A rare dramatic role from Chan, but that’s not enough to recommend this dull action-thriller.

For fans of Jackie Chan, “The Foreigner” holds great promise. Chan has made a number of great Hong Kong films, but his Hollywood output has been limited to flashy action-comedies like “Rush Hour” and low-quality family fare like “The Spy Next Door.” Where was Chan’s big-budget, heavyweight action film — his “Die Hard,” his “Jason Bourne,” his “Mission: Impossible”?

On paper, “The Foreigner” looks like the one. It’s directed by Martin Campbell, the glossy stylist behind the 2006 James Bond reboot, “Casino Royale.” It’s based on a crime novel by Stephen Leather and stars Chan as a brooding man named Quan whose daughter was killed in an Irish terrorist bombing. It’s a classic revenge story: While British politicians trade words with Irish Deputy Minister Liam Hennessey (Pierce Brosnan), Quan takes matters into his own hands. It turns out Quan is a former Chinese Special Forces operative and hasn’t lost any of his skills.

That, as it stands, could have been a winning formula. All we really want is to watch Chan, 63, with his short frame and stilted English, get the jump on a few Belfast thugs, outsmart a few expendable bad guys and maybe destroy a pub. A couple of car chases would be nice, and perhaps some booby traps. We get a little of such stuff, but not much. Instead, “The Foreigner” spends most of its time on a soap-opera plot involving Irish gangs, boardroom politics, extramarital affairs and honor killings — a little bit of “The Godfather,” a lot of “Dynasty.” Even that might have been somewhat enjoyable if the film didn’t dabble casually in torture and paint its female characters — all two of them — as manipulative liars who deserve what they get.

Quan may be a change of pace for Chan, but it isn’t much of a role. If anything, Quan is slightly unappealing, a guy who quickly turns to bombings and blackmail to get what he wants. The bright spot here is Brosnan, playing a charming power broker and bed hopper whose morality is constantly in doubt. Even when the convoluted screenplay (by David Marconi) lets us down, Brosnan never does.

“The Foreigner” could have been Chan’s big moment. Instead, this talented martial-arts star is still waiting for his close-up.