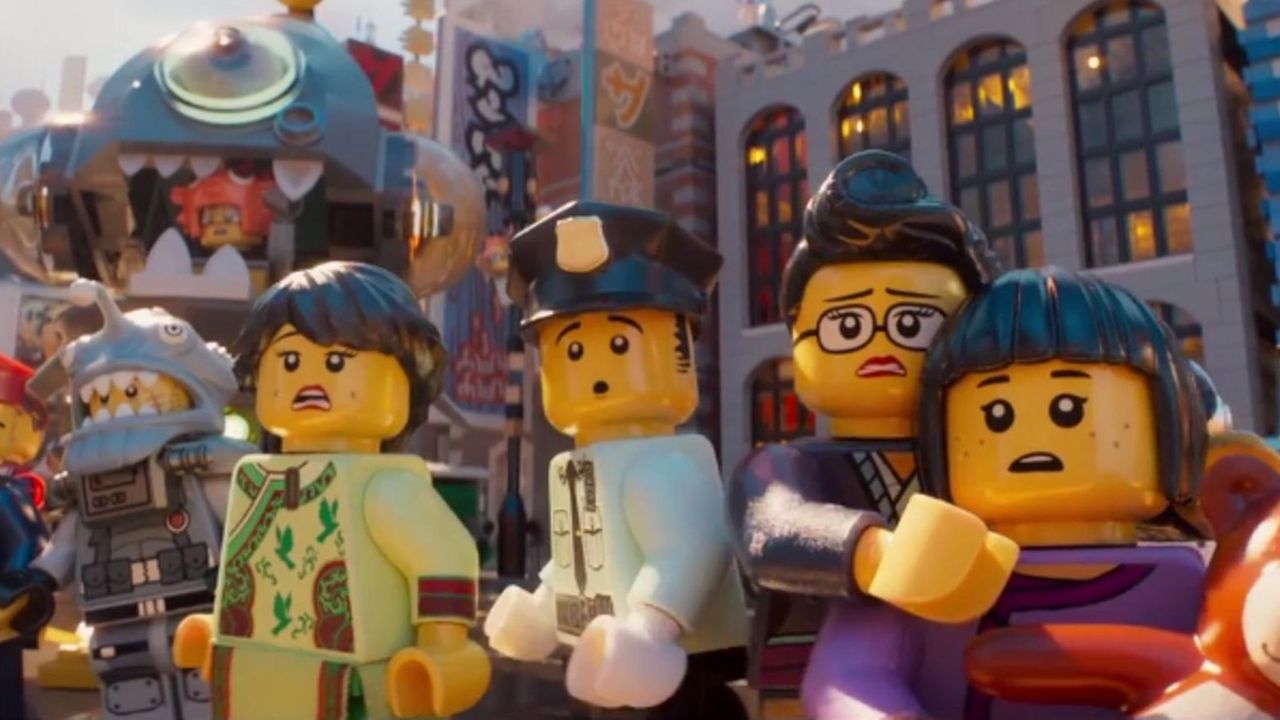 The story of Lloyd, an ordinary teenager whose estranged father, Garmadon, happens to be a world-conquering force of evil. Credit: Warner Bros. Pictures

PLOT A teenager with a secret identity must save his town from a warlord.

BOTTOM LINE A top-to-bottom rehash of “The Lego Movie,” watchable mostly thanks to the stellar animation.

An amiable nobody must save his plastic world from a dictator in “The Lego Ninjago Movie,” an animated sequel to 2014’s “The Lego Movie.” Does the storyline ring a bell? It’s identical to the first film, even including a wisdom-spouting guru, a coveted weapon that turns out to be a common household object and a live-action character who breaks the animation format. “Ninjago” is such a carbon copy that it barely counts as its own movie.

If it’s moderately enjoyable, credit goes to Animal Logic, the animation studio that handled “The Lego Movie” and “The Lego Batman Movie.” Once again, they’ve created a canny simulation of stop-motion that re-creates millions of tiny Lego pieces and breathes life into barely-posable figurines. There are also just enough decent jokes and oddball touches here to keep things watchable. That’s a fairly low bar, though, given the high standards of creativity set by “The Lego Movie.”

If you’re not familiar with Lego’s Ninjago toys (and cartoons and books), they exist in a vaguely Asianesque world where young ninjas practice “spinjitsu” and follow a sensei named Master Wu (voiced by Jackie Chan). The movie focuses on Lloyd (Dave Franco), a normal high school kid whose father, unfortunately, is the evil warlord Garmadon (Justin Theroux).

The good-son-and-evil-father premise initially works as a “Star Wars” parody, but not as a full-fledged narrative. Complicating matters, Lloyd secretly moonlights with the ninja team that battles Garmadon. There are six of them, some with the voices of very funny people (Fred Armisen, Kumail Nanjiani), but none have an identifiable personality (save for the one who appears to be a robot). As the movie unfolds, it touches perfunctorily on the usual themes of loyalty and friendship.

Directed by Charlie Bean, Paul Fisher and Bob Logan in a style that might be called sluggish-frantic, and co-written by two of them with seven others, “The Lego Ninjago Movie” feels less like a proper movie than a writers’ room joke-fest. That wouldn’t be so terrible, but most of this material has already been done.