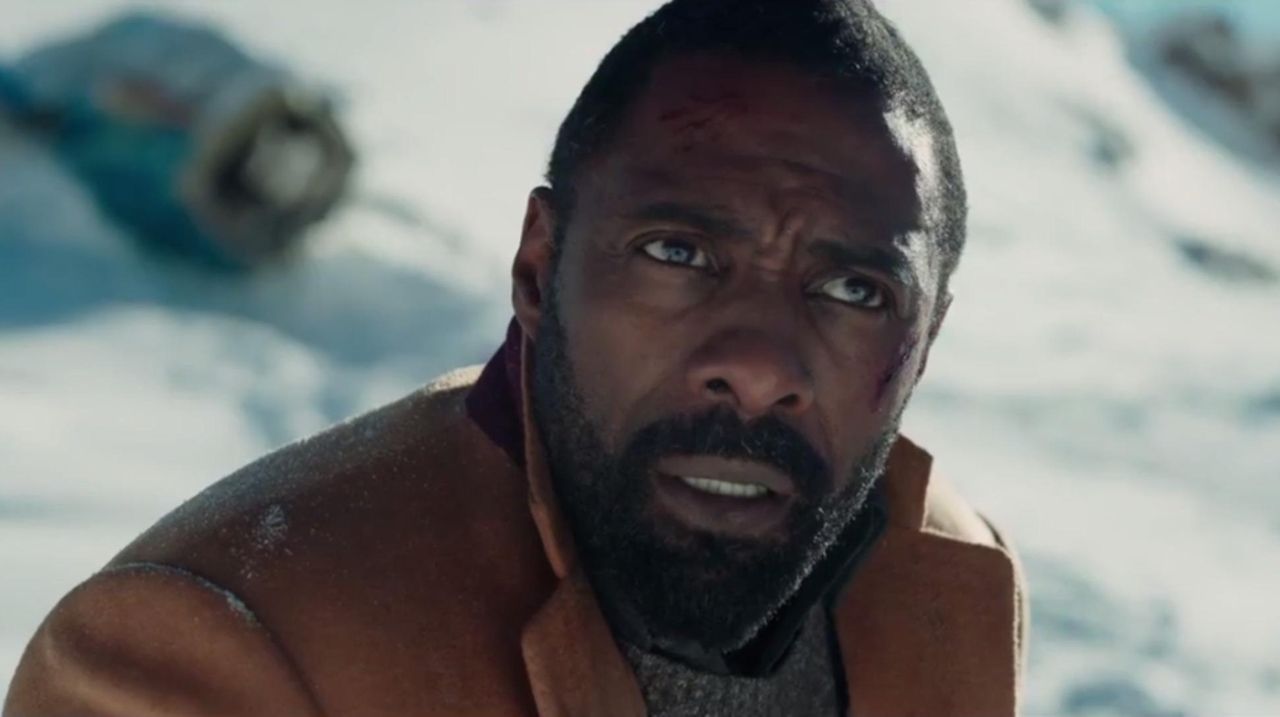 Idris Elba and Kate Winslet star in a romance about two strangers who survive a plane crash and must journey hundreds of miles across snowy wilderness. Credit: 20th Century Fox UK

PLOT After a plane crash, two strangers rely on each other to survive.

A pretty photojournalist and a handsome doctor survive a plane crash in “The Mountain Between Us,” but — oh, no! They’re trapped in Utah’s snowy Uinta Mountains with little food and water. Their first thought is: How long can we survive? The audience, however, will be thinking something else entirely: How long before these two have passionate sex?

Surely you knew “The Mountain Between Us” wasn’t going to be a rough-going wilderness tale. Its two heroes, Kate Winslet’s Alex Martin and Idris Elba’s Dr. Ben Bass, are far too beautiful to actually waste away from malnutrition, let alone amputate their own limbs. Unable to fly from Idaho to New York due to inclement weather, they meet in the airport, mutually attracted, perhaps, by their perfect ensembles: she in an adventure-travel parka (she’s been “shooting skinheads” for London’s Guardian newspaper), he in a fabulous camel-colored topcoat. Spunky Alex convinces button-down Ben to share a two-seat Piper flown by Walter (Beau Bridges), a friendly pilot who clearly won’t live long — and down, down they go.

From there, “The Mountain Between Us” becomes a prolonged tease: When will the clothes finally come off? Perhaps when the doctor bandages his patient’s thigh? Or when he drags in a dead cougar for dinner? Or maybe under the makeshift blankets, huddled together for warmth?

Thankfully, the screenplay by Chris Weitz (“About a Boy”) and J. Mills Goodloe (“Everything, Everything”), based on the novel by Charles Martin, is about as non-insulting to one’s intelligence as a story like this can be. None of it would work, though, without Winslet and Elba, whose smarts and sex-appeal shine through — even with a teensy bit of fake dirt pressed onto their cheeks.

Find out which movies LIers Google the mostWhether you hate them or love them, these are the most-searched movies across Nassau and Suffolk, based on Google data. Hollywood's highest-earning actors, actressesSee which Hollywood A-listers are the current top earners in the film industry, according to Forbes' most recent ranking.