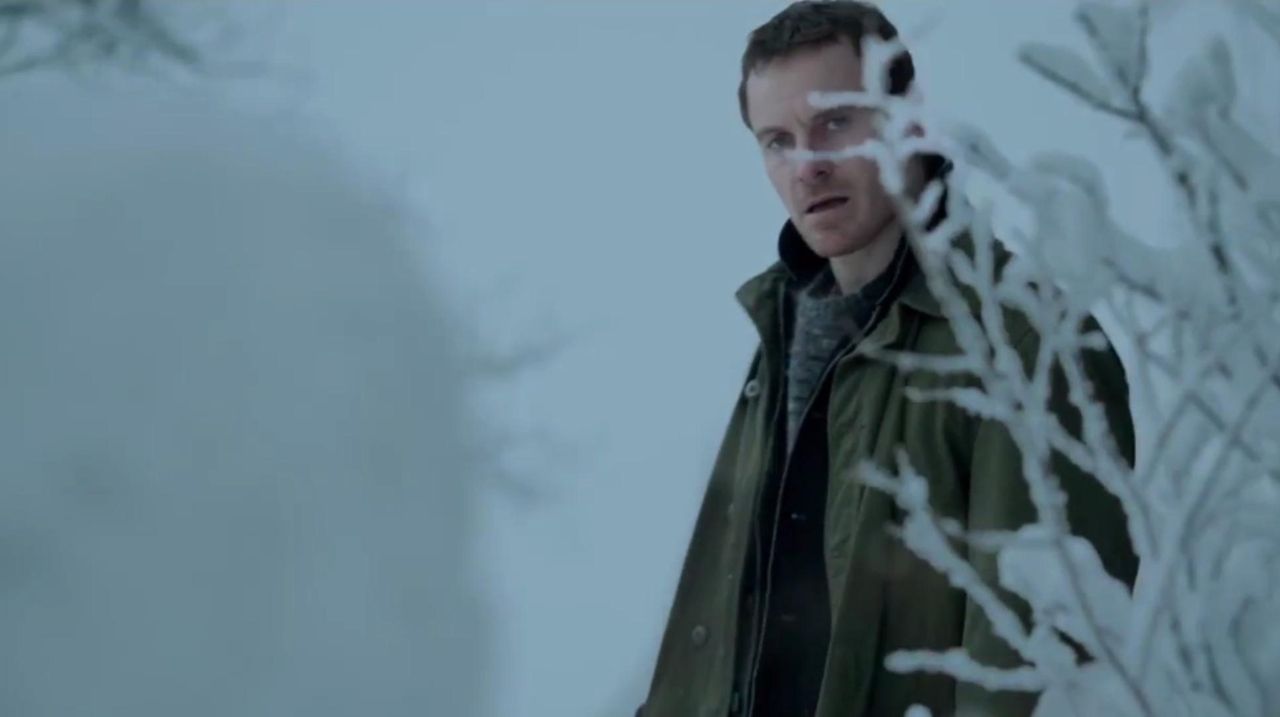 When a dead woman's scarf is found wrapped around a snowman, detective Harry Hole (Michael Fassbender) begins to suspect that a serial killer is loose. Based on the best-selling novel by Jo Nesbo. In theaters Friday, Oct. 20, 2017. Credit: Universal Pictures

PLOT A police detective searches for a serial killer who leaves a distinctive signature.

BOTTOM LINE Dreary as a Nordic winter, and almost as long.

A wintertime serial killer plagues Oslo in “The Snowman,” Tomas Alfredson’s adaptation of Jo Nesbø’s novel, and you can probably guess what calling card this sicko likes to leave. It’s a symbol of childhood innocence — a two-tiered snowman with stick arms — that takes on a macabre symbolism given that it pops up near severed body parts. What’s more, the killer has begun taunting local police, leaving little notes in grade-school block lettering.

As crime-fiction concepts go, it’s not startlingly original. (What’s Norwegian for “Zodiac killer”?) Nesbø’s 2007 novel has arrived on the big screen because it was part of a craze for a certain brand of Scandinavian bummer-noir that began with Stieg Larsson’s “The Girl With the Dragon Tattoo.” This movie is fairly representative of its genre: bleak, grisly, emotionally numb. All well and good for fans, perhaps, but moviegoers who like a little excitement in their crime fiction will feel left out in the cold.

Michael Fassbender plays detective Harry Hole, a supposedly legendary cop who is now a half-functioning alcoholic. His complicated backstory includes an old flame, Rakel (Charlotte Gainsbourg), and a boy, Oleg (Michael Yates), who might be his son. Hole begins to investigate several local disappearances with a new partner, Katrine Bratt (Rebecca Ferguson), who has some daddy issues of her own. As it happens, illegitimate children are an emotional trigger for the killer, too, who preys on women who bore them. It’s an oddly old-fashioned motif for a modern-day murder mystery, and there’s a nagging sense that this film — which dabbles in the torture and maiming of women — isn’t exactly nonjudgmental.

Forget about issues of morality and misogyny, though — “The Snowman” has bigger problems. For starters, Hole cuts a remarkably unimpressive figure, a charmless drunk and sloppy thinker who can’t keep track of his gun nearly as well as we can. Hole seems evenly matched by the psychologically muddled Snowman, whose motivations make little sense and who has no clear M.O. (he chops, shoots, beheads — whatever works). Meanwhile, though this movie is soaked in blood, nothing truly frightening or even interesting ever seems to happen.

“The Snowman” is a misfire for the usually assured and evocative director Alfredson (“Let the Right One In”). Mostly, the movie resembles its victims: lifeless and scattered.