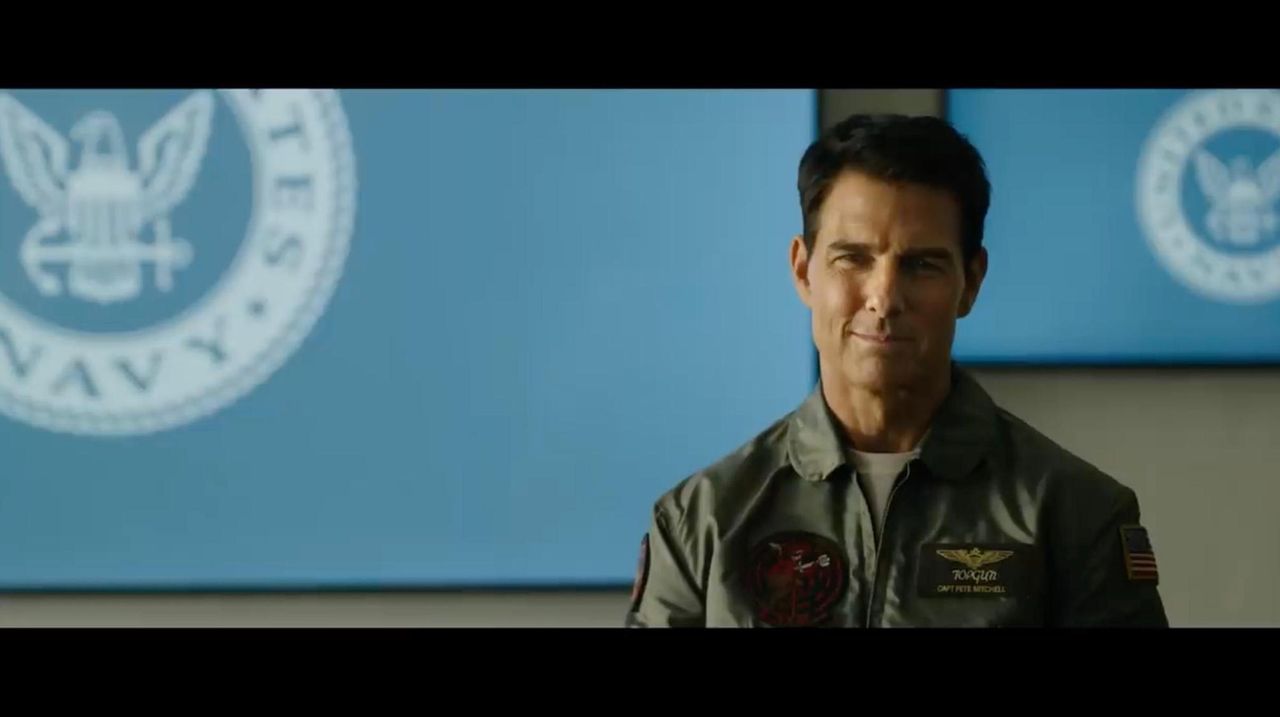 The new trailer for "Top Gun: Maverick," the sequel to the 1986 smash, has been released.   Credit: Paramount Pictures

Jets roar and touch the face of God in the new trailer for "Top Gun: Maverick," the upcoming sequel to Tom Cruise's iconic 1986 fighter-pilot movie, which hits theaters on June 26.

Following a trailer released in July, which centered on Ed Harris' commanding officer berating Cruise's Capt. Pete "Maverick" Mitchell over the Navy pilot's refusal to either retire or be promoted, the new 2-minute, 20-second spot focuses on Mitchell mentoring a new group of cadets.

"Your instructor is one of the finest pilots this program has ever produced. His exploits are legendary," an officer tells young flyers in a hangar, intercut with barrel-rolling flight footage. "What he has to teach you may very well mean the difference between life and death," the officer continues, as we close in on cadets played by Monica Barbaro, Lewis Pullman, Glen Powell and Miles Teller, whose Lt. Bradley "Rooster” Bradshaw is the son of the first film's doomed Lt. Nick "Goose" Bradshaw, speaker of the famous line " … the need for speed!"

There is tension between Maverick and top brass. "Your reputation precedes you," an officer played by Jon Hamm tells the flyer. "I have to admit I wasn't expecting an invitation back," Maverick responds — to which another officer, played by Charles Parnell, reminds the cocky top gun, "They're called orders, Maverick."

Ominous, sepulchral synthesizer music plays as Maverick takes off from an aircraft carrier to lead a training exercise in aerial combat. A pilot played by Jay Ellis scoffs at the old veteran, and we see that the call sign of Barbaro's character is "Phoenix" while that of actor Danny Ramirez is "Fanboy." The cocky youngsters are quickly put in their place by Maverick's fancy flying, as Hamm's character, watching through binoculars, looks concerned.

Elsewhere, the cadets party hardy, Rooster engages in an angry confrontation, and a jet appears to flame out. At a military funeral, Maverick salutes the fallen, while Jennifer Connelly solemnly looks up at a four-plane flyover. And somewhere there is an armed conflict, as a voice on a radio tells the pilots dodging flak bursts, "Smoke in the air! Break right! Break right!"

The trailer shows no sign of Val Kilmer, who played pilot Tom "Iceman” Kazansky in the original 1986 movie and who had said last year he had been offered a role but did not reveal whether he had taken it.