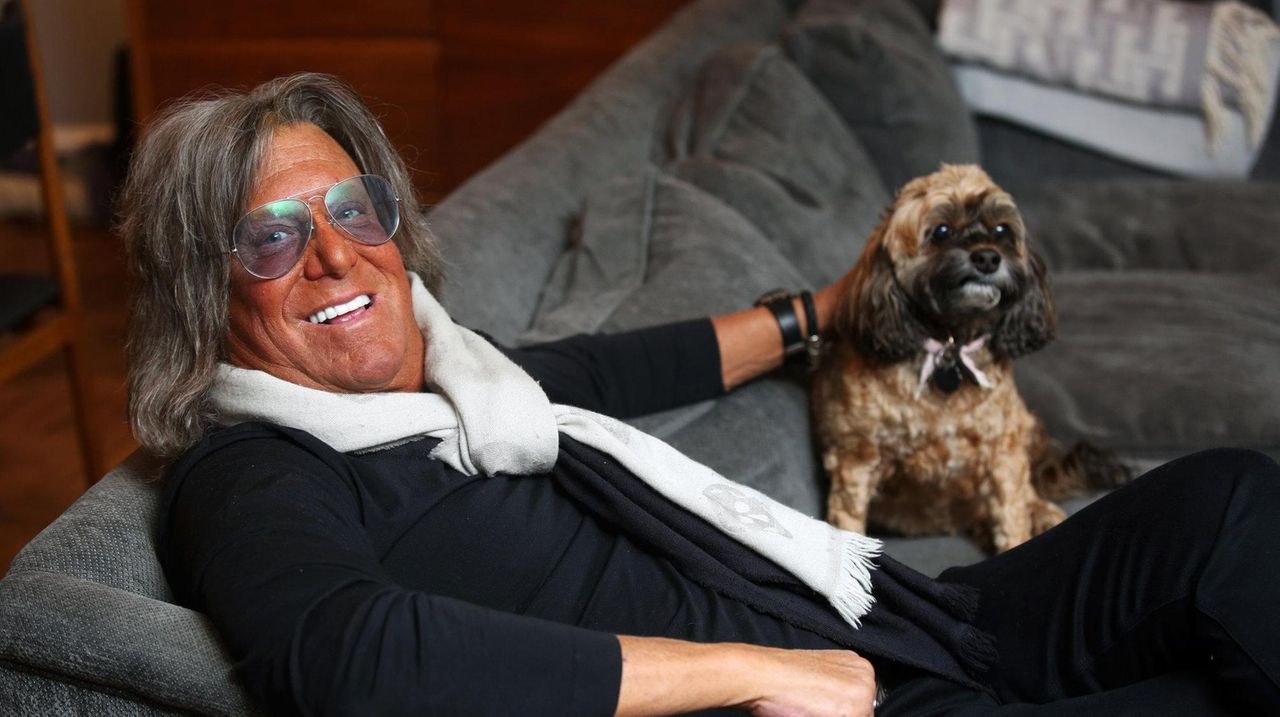 He appears out of nowhere at the tail end of the Safdie brothers' acclaimed crime drama "Uncut Gems," playing a sleazy operator who helps a young woman ferry bags of cash to the Mohegan Sun. He makes quite an impression — the feathered hair of a 1970s rock star, a dazzling white smile and the come-hither body language of a man who has seen his share of hot tubs.

He's Wayne Diamond, a former fashion designer who hails from Oceanside. And if he has his way, you'll be seeing a lot more of him.

In a movie that features many an interesting face in an unexpected role — Adam Sandler as a gambling addict, pro basketball player Kevin Garnett as himself — Diamond stands out. It's easy to see why the Safdie brothers ("Good Time"), an audacious filmmaking duo with an affinity for the glamorous-gritty New York of yore, would be attracted to Diamond: He lived through the era and has the stories to prove it.

"If you try to describe Wayne Diamond with words, it just doesn't work," says "Uncut Gems" producer Sebastian Bear-McClard. "What you see in the movie is actually a dialed-down version of Wayne."

A natural raconteur with a zigzagging mind and a tendency toward blue humor, Diamond can be a colorful if challenging interview. (His conversation has been cleaned up for print purposes; if this were television, the bleeps would be plentiful.) During a recent visit to his Upper East Side apartment, where he lives with his wife, Helen, and an excitable Cockapoo named Sable, Diamond ping-ponged between two personalities: a classic Manhattan swinger (he still remembers all the old street names for quaaludes) and your technology-challenged grandfather ("Alexa, turn off big bulb!" he bellows, to no effect).

Diamond describes himself as a nice Jewish kid who attended Oceanside High School, where his father taught accounting. (Diamond won't reveal his age. Ask, and you'll get a friendly insult.) He worked a series of odd jobs that he still takes pride in — cabdriver, pizza delivery boy, sprinkler installer, clam shucker — until his father suggested he seek employment in Manhattan's Garment Center.

It turned out to be sage advice. Diamond worked for a series of clothing labels, learned how to sew and design women's apparel, then went into business for himself. The time was the mid-1970s, and the sci-fi movie "Logan's Run" had been a hit, so Diamond called his business Diamond's Run.

It was a good run, too: Diamond's dresses were sold at high-end department stores like Lord & Taylor (you can still find them on the vintage-clothing site Etsy), and he designed outfits for Vanna White. After work, he made the scene at such storied discotheques as Hippopotamus, Studio 54, Xenon and Limelight.

"You went to work, you got high, you went to the clubs," he says, adding fondly, "The chicks were so hot."

Fashion lost its luster for him in the 1990s. Diamond sold his business for roughly $110 million and moved to Old Westbury but found himself bored. In his heart, he says, he had always wanted to be an actor.

Opportunity knocked about nine years ago when Diamond was hanging out at the Manhattan watering hole The Spotted Pig.

"One voice was piercing through all the din and clatter of the crowd there, and it was Wayne Diamond's voice, just cursing up a storm," recalls Bear-McClard. "You weren't sure if he was wildly inebriated or getting in a fight or just performing." Fascinated, Bear-McClard introduced himself and gave Diamond his number. A friendship developed — Diamond also wound up meeting the Safdies — and when "Uncut Gems" finally began casting, the filmmakers had an idea of who should play their bag man.

"He kind of organically worked his way into the DNA of the movie," Bear-McClard says. "The only guy you could cast in that part was Wayne Diamond."

Now splitting his time between Manhattan, East Hampton and the Delano Hotel in Miami, Diamond says he hopes to become an all-around entertainer: Comedy, television, commercials, maybe even the stage. With a little prompting, he can recite the opening monologue from Shakespeare's "Richard III."