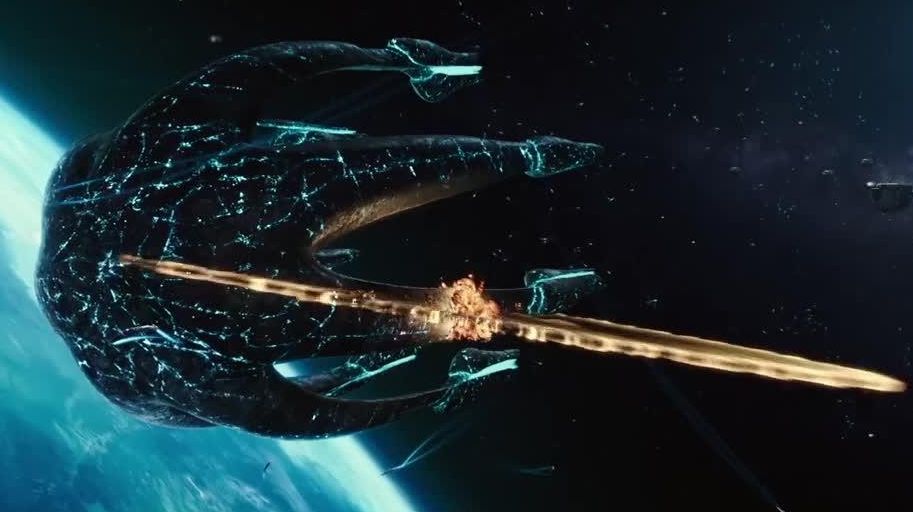 In the 28th century, two operatives (Dane DeHaan and Cara Delevingne) must stop a dark force that threatens the universe. Directed by Luc Besson ("The Fifth Element"). Credit: STX Entertaiment

PLOT In the 28th Century, two special operatives must save a massive space station from destruction.

BOTTOM LINE A campy space opera without the high notes.

Move over, “John Carter” — the creakiest space opera of the new millennium is now “Valerian and the City of a Thousand Planets.” Written and directed by Luc Besson, “Valerian” has the same quaint, stone-faced feel as that 2012 bomb, with even more dubious dialogue and acting so wooden it feels petrified. Fans of Besson’s kooky classic “The Fifth Element” may find a soft spot for the French filmmaker’s latest, but few others will be charmed.

“Valerian” centers on two peacekeeping soldiers in a multispecies 28th Century, an intriguing premise undermined by two actors who can’t find the humor or humanity in their thinly written roles. Valerian, a swashbuckling rogue, is played by the otherwise terrific Dane DeHaan (HBO’s “In Treatment”), who seems to be channeling Keanu Reeves but winds up a complete blank. Faring slightly better is a fiery-eyed Cara Delevingne (“Paper Towns”) as his partner, Laureline. Together, these two speak words that don’t seem connected to real thoughts, let alone emotions.

Although “Valerian” is packed with ideas, most are some combination of familiar, confusing and off-putting. The action scene in a virtual-reality bazaar, for instance, isn’t anything we haven’t seen in “Blade Runner” or “Minority Report.” The planet Mul, populated by peaceful, one-with-nature types, seems awfully similar to Pandora in “Avatar.” And the Muls’ prize possession, a miniature dragon that poops replicas of whatever it eats, is not exactly endearing. There’s also a power-hungry military type, Commander Filitt (a rather lively Clive Owen), and an alien stripper with a heart of gold, Bubble, played by an all-singing, all-dancing and barely acting Rihanna.

Fans of the original “Valerian” comics, which began in the 1960s, have long accused other sci-fi masterworks, notably “Star Wars,” of scavenging them for parts. That may explain why so much of this movie, despite Besson’s wild color palette and splashy effects, feels like old hat. Like “John Carter,” which was based on books dating back to the early 1900s, “Valerian and the City of a Thousand Planets” may simply be a movie whose moment has passed.