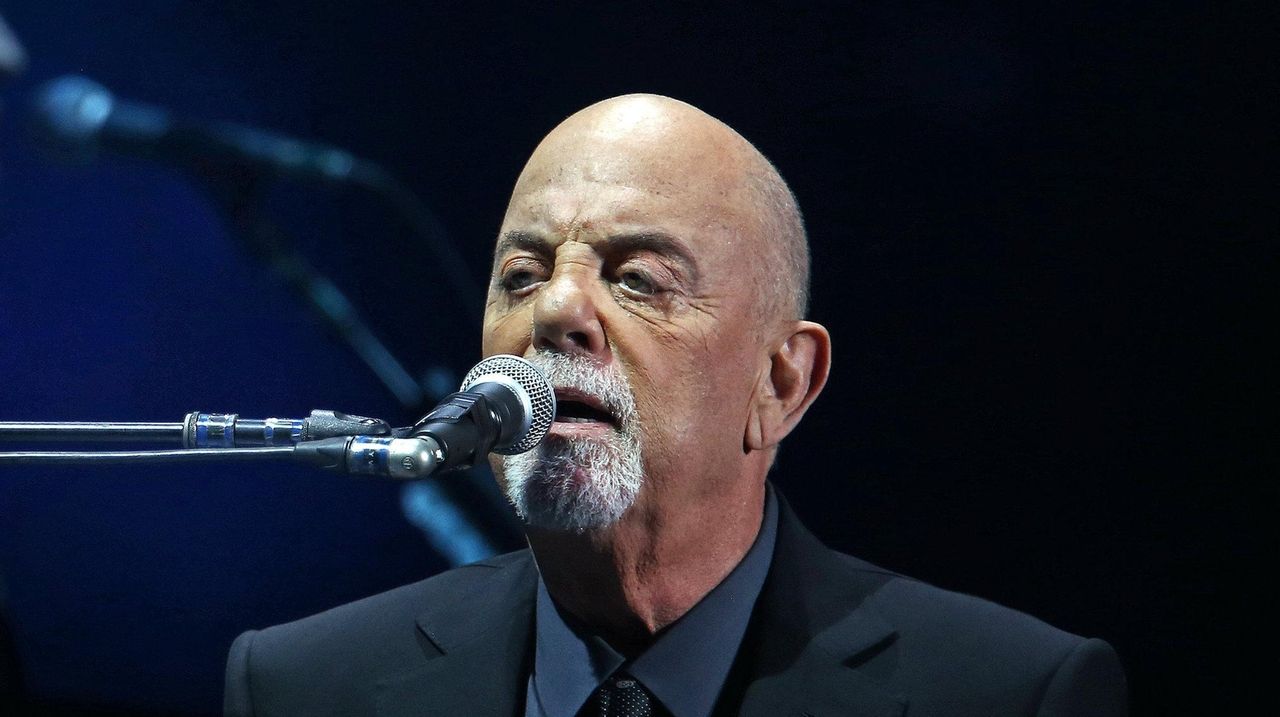 Billy Joel is back at the Garden, since his last show in February of 2020 and one Long Island family wasn't going to miss it. Newsday's Marissa Sarbak reports. Credit: Newsday / Steve Pfost

Billy Joel returned to his home field on Friday night resuming his Madison Square Garden residency after a 20-month break. The show, which originally was supposed to take place March 19, 2020 then initially rescheduled to Sept. 26, 2020, was delayed due to the pandemic.

Fans were ecstatic when the Piano Man arrived on stage 50 pounds slimmer and full of energy performing, "Miami 2017." Wasting no time, Joel got down to business hammering out "Movin’ Out (Anthony’s Song)" and "My Life" before addressing the crowd.

"We’re back at the Garden!" Joel shouted with exuberance. "I want to thank you for waiting since March 19, 2020. Sorry we had to shut down but WE’RE BACK!"

A firefighter's helmet from 9/11 sat atop his piano as Joel sang "New York State of Mind" with the deepest sincerity.

The 72-year-old singer/songwriter had a lot to celebrate as it was the 50th anniversary of his debut album, "Cold Spring Harbor," which was released in 1971. He tipped his hat to the record with a vigorous performance of "Everybody Loves You Now."

In between his hits ("Allentown," "Pressure," "The Downeaster Alexa," "She’s Always a Woman") Joel peppered some fan favorite album tracks into the show such as "Zanzibar," "Vienna" and "The Entertainer."

A triple shot from the 1980 "Glass Houses" album included "Don’t Ask Me Why," "All For Leyna" and "Sometimes a Fantasy." But it was "The River of Dreams" and "Only the Good Die Young" that brought the crowd to its feet.

Former Miller Place resident Michael DelGuidice took the spotlight for a song. But the lead singer of Joel tribute band Big Shot didn’t pull from the Joel catalog, instead he sang an Italian aria, "Nessun Dorma." This moment has become a fixture at Joel’s concerts.

For the last third of the set list Joel kicked it into high gear delivering some of his most anthemic numbers. After closing the show with "Scenes from an Italian Restaurant" followed by a crowd sing-along to his theme song, "Piano Man," the singer returned to the stage for a quintuple encore. Audio history lesson "We Didn’t Start the Fire" began the upbeat string of songs followed by "Uptown Girl" where Joel harmonized with DelGuidice and "It’s Still Rock & Roll to Me," which brought him out from behind the piano and twirling the mic. The rockin’ vibe continued with "Big Shot" and concluded with "You May Be Right" which had the audience dancing at fever pitch.

Joel has five more MSG make-up dates leftover from 2020 (Dec. 20 plus four in 2022: Jan. 14, Feb. 12, March 24 and April 8). Whether he will extend his Garden residency beyond that is unknown. Joel always said he will go on "as long as the demand continues" and judging by the reception he received on Friday evening his popularity isn’t waning anytime soon.