We didn't know it at the time, but 30 years ago this week Billy Joel would have his last No. 1 song on the Billboard charts.

We're talking, of course, about "We Didn't Start the Fire," Joel's brilliant compression of 40 years of U.S. and world history (1949-89)  into one extremely catchy song less than five minutes long.

"That song’s about my life,” Joel told Rolling Stone at the time. “Most of my mail I get about that song comes from teachers who have said this is the greatest teaching tool to come down the pike since 'Sesame Street,' which means a lot to me, since I once wanted to be a history teacher. But I wish people could understand that I did not write that song to be a hit — I wrote that one for me. And nobody liked it at first. One person in the studio said it gave them a headache.”

Here are 10 other things you need to know about "We Didn't Start the Fire."

1. The impetus for writing the song came out of a discussion Joel had with Sean Lennon, the teenage son of John Lennon and Yoko Ono. Sean was bemoaning the state of the late-1980s world, comparing it to what he thought was the bucolic 1950s of Joel's youth. Joel asked Lennon if he had ever heard of such '50s touchstones as the Korean War, Hungarian Uprising and integration of the Little Rock schools. When Sean responded that he was unfamiliar with those events, Joel said he knew he had to write something to show young Lennon (and his generation) that the world has always been filled with crises and craziness.

2. In the recording studio, Joel discussed titles for the song with Rolling Stone publisher Jann Wenner, a close friend. Wenner rejected Joel's first two, "Dancing Through the Fire" and "Waltzing Through the Fire." But he agreed that "We Didn't Start the Fire" was a winner.

3. Unlike nearly all of his other songs, Joel wrote the lyrics first to "We Didn't Start the Fire," rather than the melody. "I think it shows," he told Billboard in 2009. "Because it's terrible musically. It's like a mosquito buzzing around your head." 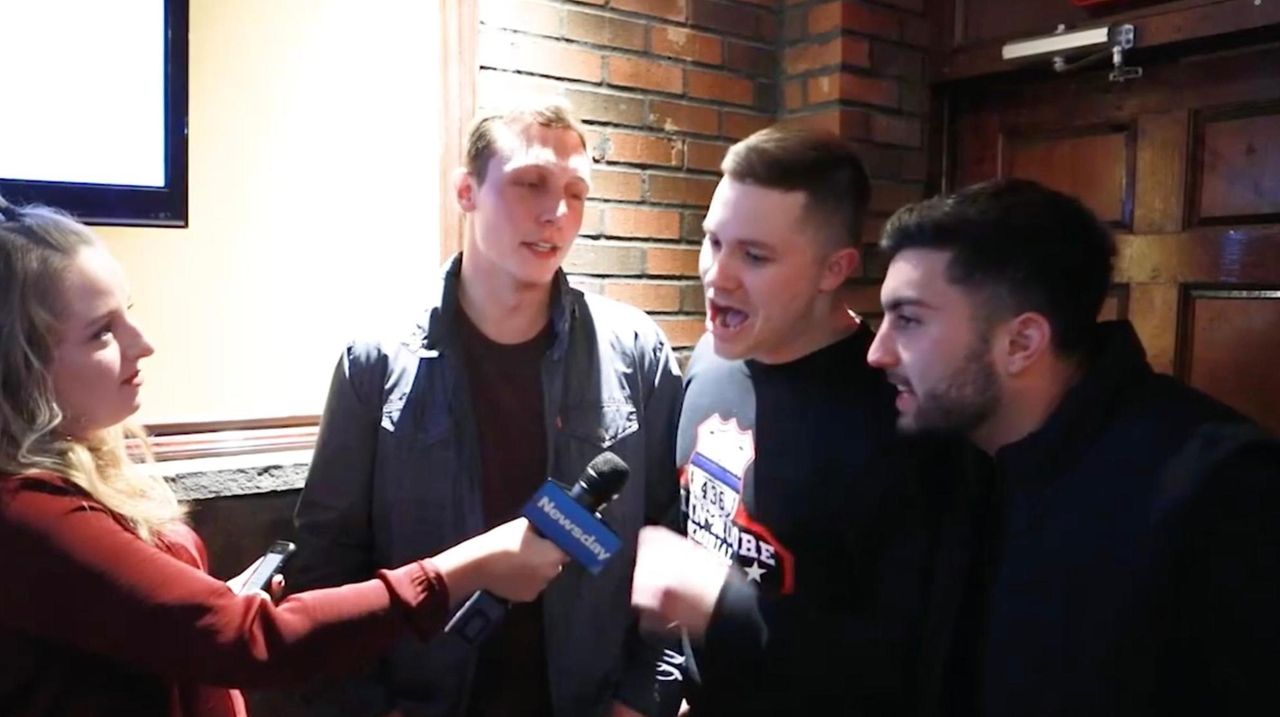 'We Didn't Start the Fire' is 30 years old. How well do LIers know the lyrics? On Dec. 9, 1989, Billy Joel's single "We Didn't Start the Fire" reached No. 1 on the Billboard charts. With the 30th anniversary approaching, Newsday editor Kaydi Pelletier visited Mulcahy's in Wantagh on Nov. 30, where Billy Joel tribute band Big Shot was scheduled to perform, to quiz fans on how well they know the historical figures name-dropped in the classic hit. Credit: Newsday / Shelby Knowles

5. It was No. 1 for two weeks, and was replaced at the top by Phil Collins' "Another Day in Paradise."

6. Among the actresses appearing in the iconic video (black-clad, shades-wearing Joel banging on a table surrounded by flames!) was Academy Award-winning actress Marlee Matlin. (Her character was shown burning her bra and then as a hippie girl lighting up a joint.)

7. Columbia Records, in collaboration with Scholastic Inc., distributed the song to 40,000 junior and senior high school classrooms, along with a taped talk from Joel titled “History Is a Living Thing.”

8. The song earned Grammy nominations for Record of the Year, Song of the Year amd Best Pop Vocal Performance, Male.

9. The song has been parodied numerous times over the years. On the April 22, 2019 edition of "The Tonight Show," the cast of "Avengers: Endgame" joined host Jimmy Fallon for a parody focusing on the history of the Marvel Universe. ("Tony Stark/Iron Man/Nick Fury has a plan…")

'We Didn't Start the Fire' is 30 years old. How well do LIers know the lyrics?See if these Long Islanders remember the historical figures Billy Joel name-drops in his sprawling history lesson, which reached the top of the charts in December 1989.