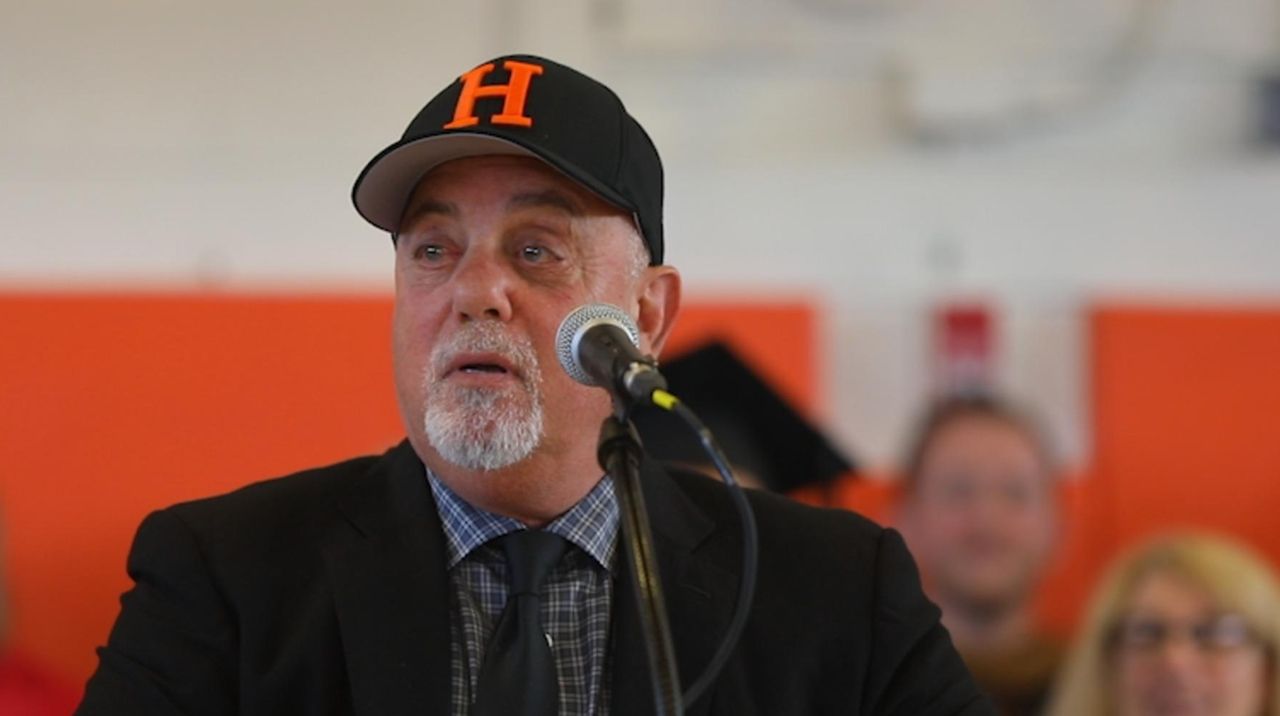 The Piano Man celebrated the graduating class at Hicksville High School — 50 years after he was prevented from participating in his own commencement after falling one English credit shy.

The Hicksville native later hummed along as the school’s chamber and choral program singers serenaded him with a version of his 1983 song “The Longest Time.”

The Rock and Roll Hall of Fame singer-songwriter told the more than 400 graduating seniors to stay true to their idealism and not become disengaged from the world.

“Pick a job you’ll like because if you pick a job you hate life’s going to suck,” he said, drawing laughs. “Find the thing you love if you can.”

Joel failed to graduate with his class in 1967 because he was missing one credit — after returning home from a 3 a.m. performance at a piano bar and oversleeping through an early morning English exam.

Rather than attend summer school to obtain his diploma, Joel, who was in an advanced choral group at the school, began his musical career.

And, the rest, as they say, is history.

Joel was invited back to the school 25 years ago to finally receive his diploma, but only after submitting samples of his work to the local school board to meet the missing academic requirements.

On Saturday, Joel took a brief tour of the school where the musical hallway now features copies of all of his studio albums.

A permanent display in the lobby was also created for the occasion and includes a copy of “The Stranger,” Joel’s best-selling 1977 album, and a photo of when he returned to the school in 1988 for the retirement ceremony of his chorus teacher, Chuck Arnold.

In his brief remarks Saturday, Joel noted that his 1967 class was more than double the size but lacked the racial or cultural diversity of the Class of 2017.

“This is very heartening to me,” he said. “It means this great country let your parents and grandparents come in when they needed refuge.”

“Fifty years ago, the world was a mess, and I know it looks like a mess now,” he said. “And the world is always going to be a mess, and you’ll try your hardest to make it better.”

“Maybe we didn’t start the fire,” Srinivas said, a reference to Joel’s 1989 song with its rapid-fire allusions to a half-century of major events and personalities. “But we are the ones who keep it burning as the world . . . continues turning.”