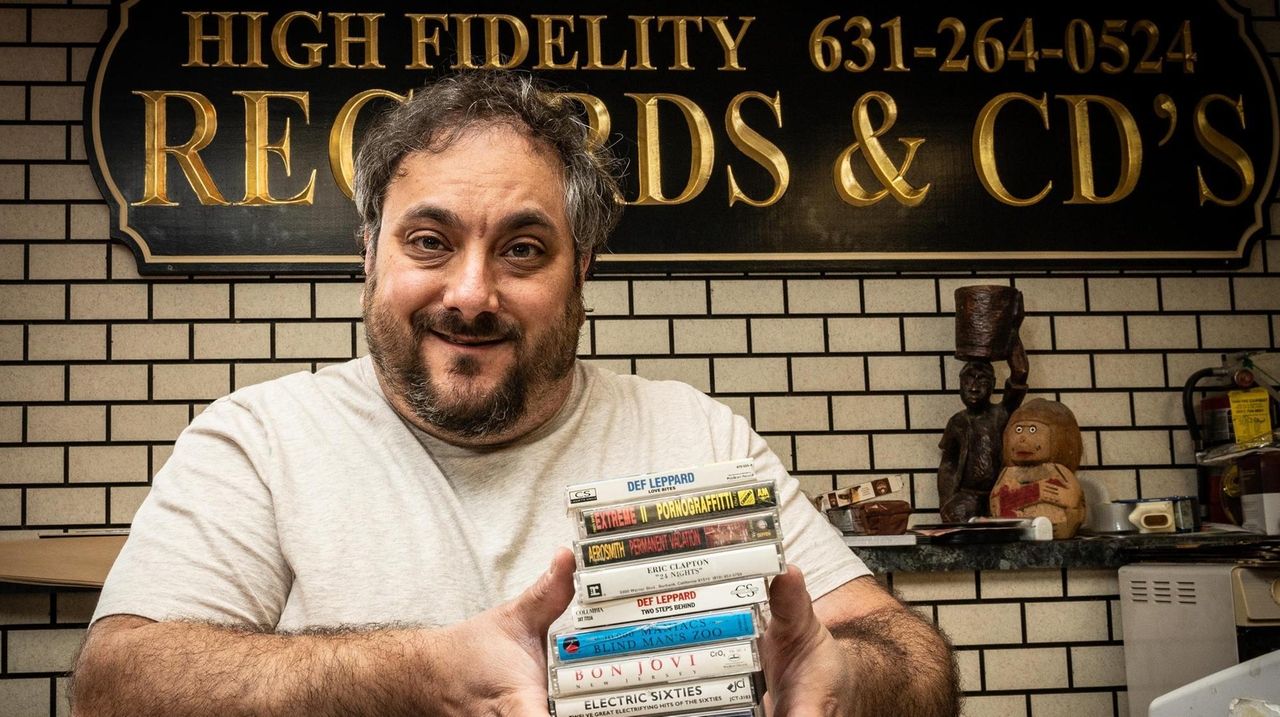 When Charlie Kaplan started Tapehead City, an online store devoted to selling used audio cassettes, friends called him crazy. The year was 2014 and cassettes had all but vanished, with yearly sales officially totaling $0 according to the Recording Industry Association of America. Sure, vinyl was a hot seller again – but tape?

"People were like: What? Why would you do that?" said Kaplan, who lives in Long Beach and goes by the nickname Charlie Tapes. "And I would tell them: They’re selling."

It turns out Kaplan was onto something. Flash forward seven years, and his business has more than quadrupled. Cassette sales last year jumped by one-third at the online music marketplace Discogs, according to Billboard, and nearly doubled in the U.K., according to the British Phonographic Industry. Granted, the numbers are small: Cassettes tend to sell in the tens of thousands, not millions. But popular artists such as Lady Gaga, 5 Seconds of Summer, Sturgill Simpson, Ariana Grande and Selena Gomez are riding the trend, making their new releases available on a format that once seemed extinct. You can even find cassettes on sale at the youth-oriented retail chain Urban Outfitters.

"There’s something we lost when everything went digital," said Kaplan, 39. "There are people that it’s still important to them to have the artwork, to have the lyrics. That’s the audience it’s really capturing."

The cassette has had its ups and downs since it was invented in the early 1960s by Dutch engineer Lou Ottens, who died in March at the age of 94. The cassette and the portable player-recorder Ottens developed at the Philips company became a hit with younger generations; Keith Richards used a Philips to record the burst of inspiration that would become the Rolling Stones’ "(I Can’t Get No) Satisfaction." Sony’s Walkman, a personal-size cassette player, ushered in a new age of portable music when it came to market in 1979.

By 1983, cassettes were outselling vinyl, according to RIAA data. But blank cassettes became the bane of the music industry, which launched an anti-piracy campaign that claimed, "Home taping is killing music."

At High Fidelity Records & CD's in Amityville, owner Marc Sendik said he long ago stopped purchasing large cassette collections for resale; the market had simply dried up. Over the past few years, however, he noticed that customers were once again snapping up tapes. Now, he said, his store stocks thousands of them.

"People are buying old cars with the old tape decks. Old Walkmans are back, they find them online," Sendik explained. "It’s a nice vintage thing."

The cassette’s most attractive feature may be its low price. Original vinyl albums can cost hundreds of dollars or more, and even new vinyl can run upwards of $25. By contrast, Sendik sells most of his cassettes for somewhere between $1.99 to $3.99. Customers "are still getting that nostalgia feel and an analog recording," he said, "but they’re able to buy it on cassette for less than four bucks."

Demand for cassettes has been on fast-forward at National Audio Company, a family-owned business in Missouri that began manufacturing its own audio tape just a few years ago. President Steve Stepp said his clients include major record labels and about 4,000 independent labels who keep his factory working on roughly 600 cassette titles at any given time.

"We manufacture about 10 million feet of tape a day," said Stepp. "And if we could manufacture 100 million, we could sell it. Every inch of tape is sold as soon as it comes off the line."

Though the cassette has often been seen as vinyl’s poorer cousin, fans say it has several advantages. Cassettes are compact, lightweight and portable. They look good on a shelf because their wide spines are easy to read. Yes, they’re a little flimsy. And the sound is not always ideal; cassettes often produce an audible "hiss" during playback, a result of magnetic particles on the tape itself. But even the drawbacks can be part of the charm.

"I think cassettes are cooler than CDs," said Alec Ciesla, 30, a New Hyde Park native who has released several cassettes of experimental music under the names Jarvis Probes and Course Correct. "There is something about the sound, that tape compression, that saturation. It does something where it feels a little more alive."

Mike Andriani, whose Rok Lok Records label in East Northport specializes in cassette releases, says he likes the way tapes demand to be played from start to finish -- no skipping past songs. Unlike with digital music or even vinyl, "it’s more labor-intensive to fast-forward and rewind," Andriani said. "You’re just going to have to take it in. It forces the listener to be really engaged in the experience."

Nate Otte, a stay-at-home dad in Port Washington, said he plays his collection of nearly 1,000 cassettes on a Nakamichi BX-1 tape deck. That model was discontinued in 1984, but Otte said he found one on Craigslist for $40. Getting it repaired, however, cost $150. "Totally worth it," said Otte, 37, who once paid a whopping $175 for a rare cassette pressing of XTC’s final album, 2000’s "Wasp Star: Apple Venus Vol. 2."

"I guess I do have some sort of nostalgic attachment," said Otte. "A lot of my favorite childhood memories involve going on vacation. To this day, if I hear something I listened to on a cassette back then, it takes me back."

At Tapehead City, Kaplan has begun partnering with record labels to sell exclusive reissues of classic albums. He teamed with Sub Pop to sell specially colored cassette versions of Nirvana’s 1989 debut, "Bleach," which he said flew off the shelves. Kaplan also struck a deal with Death Row Records, the storied hip-hop label that is celebrating its 30th anniversary this year, to sell cassette re-releases from Snoop Dogg, Dr. Dre and Tupac Shakur. Last October, Kaplan launched the first annual Tape Week with help from various bands, labels and record stores. He plans to release Vol. 4 of "Tapes Not Dead," his cassette-only compilation series, later this year.

"For me it was just a passion project, just being part of the music world," Kaplan said of his store. "It’s definitely a surprise that it evolved to this level."