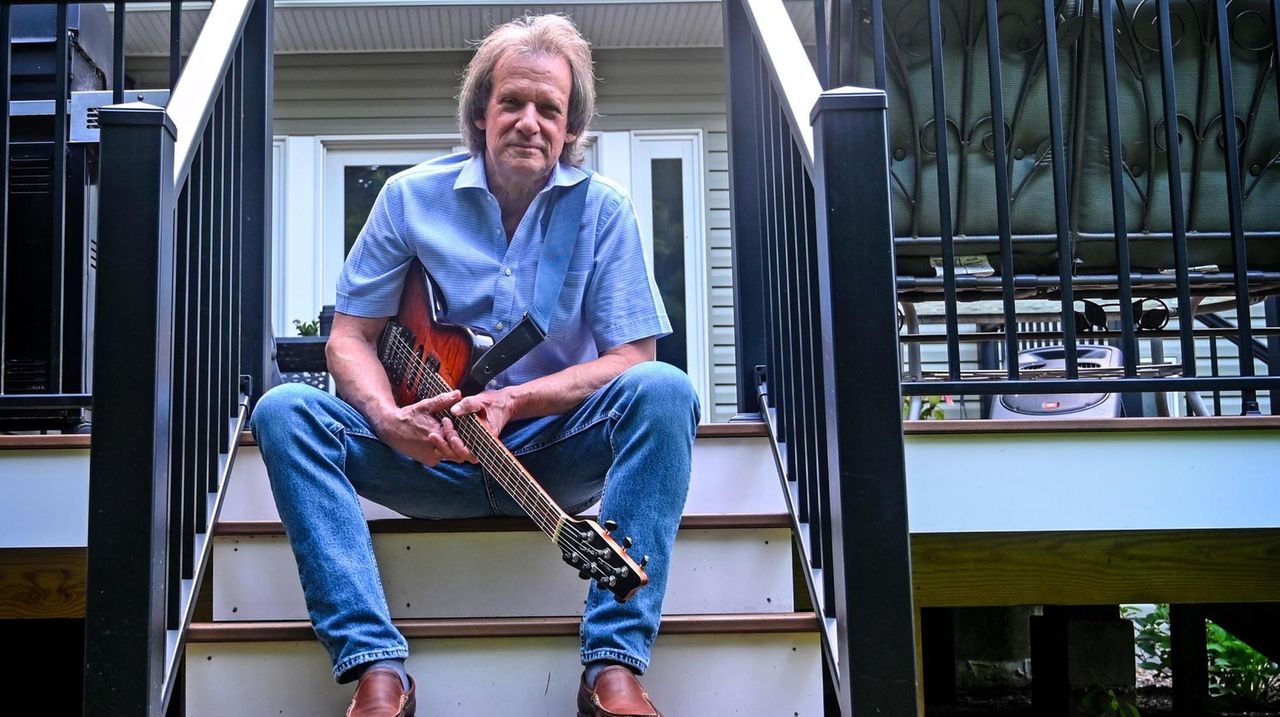 Singer-songwriter Charlie Kulis is making a comeback. The Lattingtown resident had his first hit single in 1975 with a pop cover version of Del Shannon’s “Runaway” and today he’s gone country.

“I always loved country music because of the great writing and incredible musicianship,” says Kulis, 70. “There are so many songs that people can easily relate to. They are very direct with accessible sing-along melodies.”

This summer Kulis released his first country EP, “Twisted,” overseen by executive producer John Miller and recorded at Parcheesi Recording Studio in Huntington Station, but his present is very much tied to his past.

Back in 1975, Kulis saw an ad in the Village Voice from two producers from Great Neck looking for  music material. He sent in a cassette tape of 10 songs. Producers Neil Portnow (the future chairman and CEO of The Recording Academy) and Miller called him back and said they wanted to release his cover of Del Shannon’s “Runaway” as a single.

“I always loved the song ‘Runaway’ by Del Shannon because he was a real rocker,” says Kulis. “I was playing around with the guitar doing this jazzy A-minor chord. I realized I could redo ‘Runaway’ slowed down a bit with two acoustic guitars and two-part harmony on the chorus.”

Kulis was working as a school teacher at the time but managed to land a deal with Playboy Records, which released his single in the winter of 1975.

“I was teaching in a Catholic school and I was signed to Playboy Records,” says Kulis. “I was working for the Pope and Hugh Hefner at the same time.”

The song was a hit spending eight weeks on the Billboard charts peaking at #46 on the Hot 100 chart and #40 on the Easy Listening chart.

“It was quite a shock,” recalls Kulis. “I don’t think I’ve ever jumped as high in the air. It was very exciting.”

By the spring, iconic radio/TV host  Dick Clark invited Kulis to perform on “American Bandstand” where he shared billing with The Captain & Tennille, who sang their hit, “Love Will Keep Us Together” on the same episode.

“It was the first time I had ever been on an airplane in my life,” says Kulis. “I remember Dick Clark was exactly like he was on TV. He was a really nice, sincere guy.”

Unfortunately, the follow-up single, “Save a Rose for Me” never took off. However, that didn’t discourage Kulis.

“The success gave me confidence and drive to keep going,” says Kulis. “But, I went in a different direction switching from acoustic to electric.”

In 1980, Kulis ended up forming his own band called The Lights gigging 2-3 times a week while continuing his career as a school teacher.

The Lights went on to release an EP, “Walk on Razors” and were making some headway with songs “Doctor Jones” and “Start It All Over” but then they hit a wall.

Kulis moved on from teaching science and social studies to become a certified special education teacher and even got his masters in music composition at LIU Post. Musically he was teaching private students and working on some solo material on the side.

“I always gigged as much as possible,” says Kulis. “I’d play the vineyards out east a lot like Martha Clara, Pugliese, Pindar and Jason’s Vineyard.”

A few years ago Kulis got a call from a woman that reconnected him with an old friend.

“This lady left me a message that said, ‘If you are the Charlie Kulis who did ‘Runaway,’ please call me back. We are having a 65th birthday party for John Miller and we’d love to have you sing, ‘Runaway,’ ” says Kulis. “Neil came out, told the story of ‘Runaway’ how it came about and then introduced me and I sang it solo.”

Miller told Kulis he’s been following him on the internet and particularly liked his song, “Nothing at All,” on YouTube and thought they could do something. The duo began working together again. This time Miller suggested going in a country direction.

“What’s nice about country music is you can write the way you talk,” says Kulis. “It focuses on the simple things in life. Many songs are upbeat and catchy that get to the hook quickly.”

Inspired by country artists like Glen Campbell, Travis Tritt, Blake Shelton and George Jones, Kulis co-wrote with Ernie Petito and award-winning country composer Rafe Van Hoy. He even started taking on lyric writing for the first time in his career.

“All the subjects are down-to-earth with idiosyncratic phrases,” says Kulis. “After awhile I just started to think that way.”

His first single, “Come and Getcha Some,” is currently gaining momentum on the country charts.

“I hope this is a stepping stone into the genre,” says Kulis. “I have another 15 songs completed in a similar vein meanwhile I’m continuing to write now that I’m used to doing it on my own.”

A BAND IS BORN

“The group was put together on the basis of people hearing the songs and saying they want to be a part of the project,” says Kulis. “I call our style urban country rock.”

In addition to Kulis on vocals and rhythm guitar, CKB consists of lead guitarist Lenny Musso, bassist Sean Healey, drummer Bob Capraro, keyboards Kaia Updike and background vocals Angela Iannacone. The band was set to support the new EP, “Twisted,” with a string of live performances including a local gig at My Father’s Place in Roslyn. However, the coronavirus cancelled those plans.

“Maybe we can do some gigs in an area where the virus isn’t spiking,” says Kulis. “Instead we are trying to get some airplay on secondary radio stations.” - DAVID J. CRIBLEZ