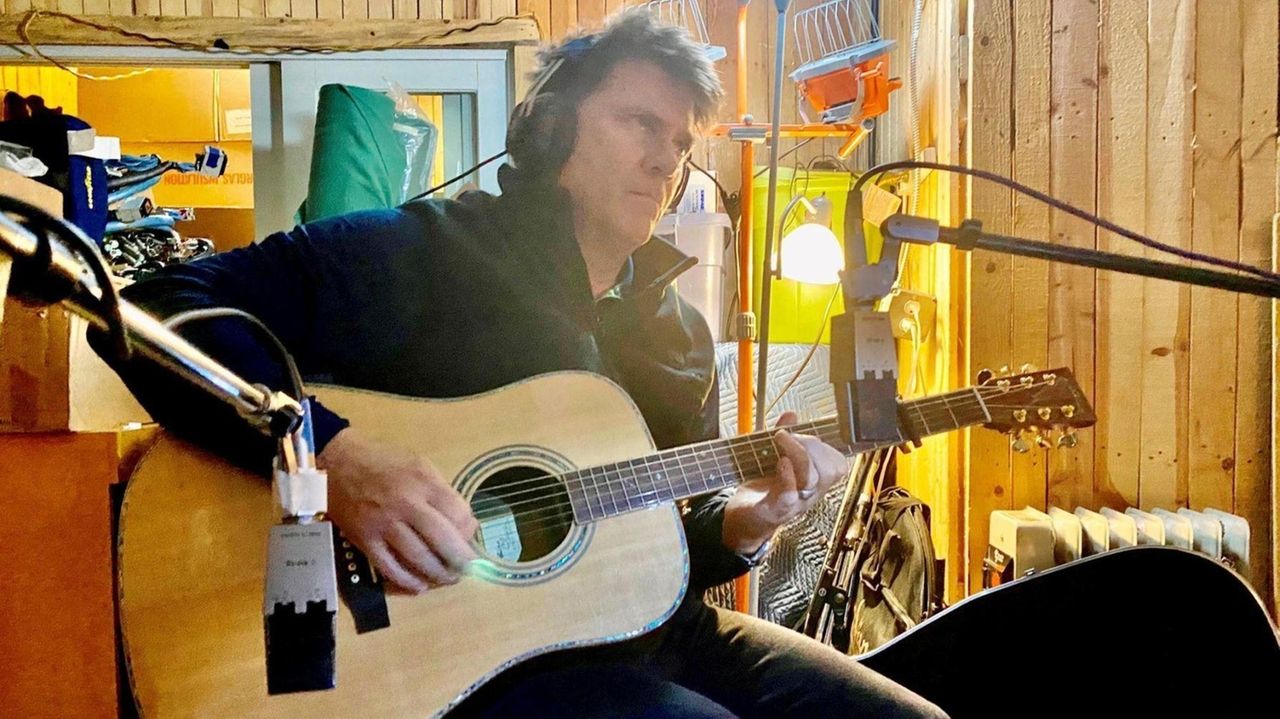 Chris St. John of will release his debut album, “I'm Dreaming,” this month featuring the single, “I Called You Rose.” Credit: Youngstreet Studios

Christopher McGuire of Bayport has been many things in his life. He has interned at the State Department during the Reagan-Gorbachev summit, studied and taught in China, worked for a Congressman, became a volunteer firefighter in Fire Island, served as a judge for the village of Patchogue and became a partner at McGuire, Peláez and Bennett, PC in Central Islip. Recently, he has added singer/songwriter to that list as he released his debut album, "I’m Dreaming" on March 23.

"It’s an autobiographical album. These are songs I wrote throughout my life in times of joy and sorrow," says McGuire, 55. "It’s cathartic and it makes you feel vulnerable to be so honest about some of the troubles you went through and losses you’ve experienced. But the songs all contain hope and perseverance."

McGuire, who records under the name Chris St. John, has already scored a hit with his first single, "I Called You Rose," which has shot to #8 on international independent charts and #3 on the European indie charts.

"I didn’t expect that kind of success but I’m certainly happy about it. This was a pleasant surprise," says McGuire. "I wrote the song in 20 minutes while sitting at my desk at 7 a.m. It was sort of a gift that just came out. People think it’s a love story, but it’s about quitting drinking."

Growing up on a steady diet of the Beatles, James Taylor, Jackson Browne, the Eagles, Grateful Dead and Steely Dan, it’s no wonder his album blends folk, soft rock, country and psychedelic music. Much of his writing stems from his personal life.

"I’m not someone who can write a cast of characters and make up stories," says McGuire. "I’m good at taking my experiences and expressing them in an honest and open way. It’s a total release that makes me feel good."

The song "You Sang to Me" came from a near-death experience he had 15 years ago.

"There was this nurse who sang to me while I was in a medically induced coma," says McGuire. "I could hear her and I think she was one of the reasons I hung on. We are friends to this day and she sang on the album."

There’s also a tune called "Your Baby Loves You," which is centered on a DNA surprise he discovered while hiking in Sedona, AZ.

"The story is in the song. People can hear it for themselves and take from it what they will," says McGuire. "I think the best songs are written when you are in a difficult place. It seems to bring out the best in serious songwriters."

The album title references the process in which he wrote many of the songs on the album.

"I dreamed a lot of these songs in my sleep," says McGuire. "I would wake up with a melody in my head in the middle of the night, grab my guitar and start writing at the kitchen counter."

Recorded at Young Street Studios in Holbrook, the album was a labor of love for McGuire, who has been writing music since age 7.

"Releasing this music makes me feel a bit vulnerable but I’ve taken pride in what I’ve done," says McGuire. "It’s a little scary and a lot exciting."

For more information or to purchase the album, visit: chrisstjohn.com.