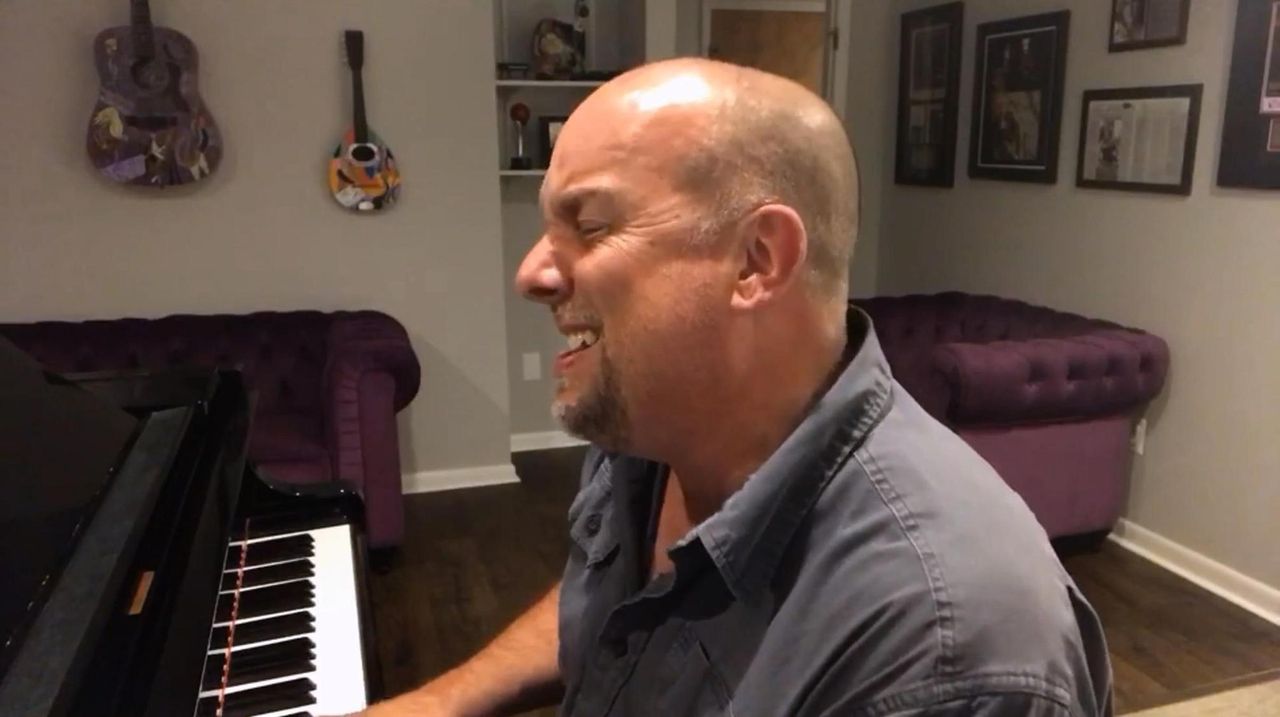 David Clark, who grew up in Levittown and Lake Grove, brings his Billy Joel tribute show, "Songs in the Attic," to the Landmark on Main Street - Jeanne Rimsky Theater in Port Washington on Friday, Sept. 13. He performed Joel's "Vienna" from his home on Wednesday. Credit: David Clark

Members of the reggae band Stick Figure fly solo in this rare co-bill. Multi-instrumentalist KBong, who hails from Honolulu, will jam on songs from his solo albums, “Easy to Love You” and “Hopes and Dreams” as well as his latest singles, “Jam By the Fire” and “Island Home.” Meanwhile, Cosmic is riding the wave of his current release, “Lazer Beaming.” Local band Oogee Wawa opens.

DAVID CLARK’S SONGS IN THE ATTIC

David Clark, who grew up in Levittown and Lake Grove, has been listening to Billy Joel since age 10.

“In 1977, I was taking piano lessons and ‘The Stranger’ came out. Time stopped for me,” says Clark, 52. “I modeled my playing and singing around him.”

His "Songs in the Attic" tribute show will celebrate the 30th anniversary of Joel’s “Storm Front” by performing the album in its entirety, plus a set of hits.

“I want my show to be a replica Billy Joel experience. I’m not ashamed of the word ‘tribute,’ I own it,” he says. “I’m naturally slightly chubby, balding with a goatee and I put on a black suit.”

Although his name might not be widely recognizable, this 35-year-old from Punjab, India is a massive star is his home country. Dosanjh is currently touring to support his latest album, “Roar” featuring the hit single, “Gulabi Pagg” (he can be seen doing India’s famous Bhangra dance in the video for the song). He is also highly regarded for his role as a judge on “Rising Star,”  India’s version of “American Idol.”

With 55 years and counting, The Who forges forward with its current “Moving On!” tour. The dynamic duo of singer Roger Daltrey and guitarist Pete Townshend tackle a 23-song set that starts with a six-song suite from the rock opera, “Tommy.” Anthems like “Who Are You,” “Won’t Get Fooled Again” and “Baba O’Riley” will get the crowd singing and joining together with the band.

“Phil had a very detailed approach, striving for perfection. He’s more into a polished production,” says guitarist Frank Hannon. “You can’t keep making the same album over and over again. This was a great opportunity to try some new techniques.”

On the current tour, Tesla will dust off chestnuts like “Changes,” “Miles Away” and “Be a Man” to mix in with hits “What You Give,” “Modern Day Cowboy” and “Signs.”

However, they still shrug off the hair band label.

“We kept it more soulful and gritty than those glamour bands,” says Hannon. “Luckily, we all still have our hair though. We never had to wear wigs!”