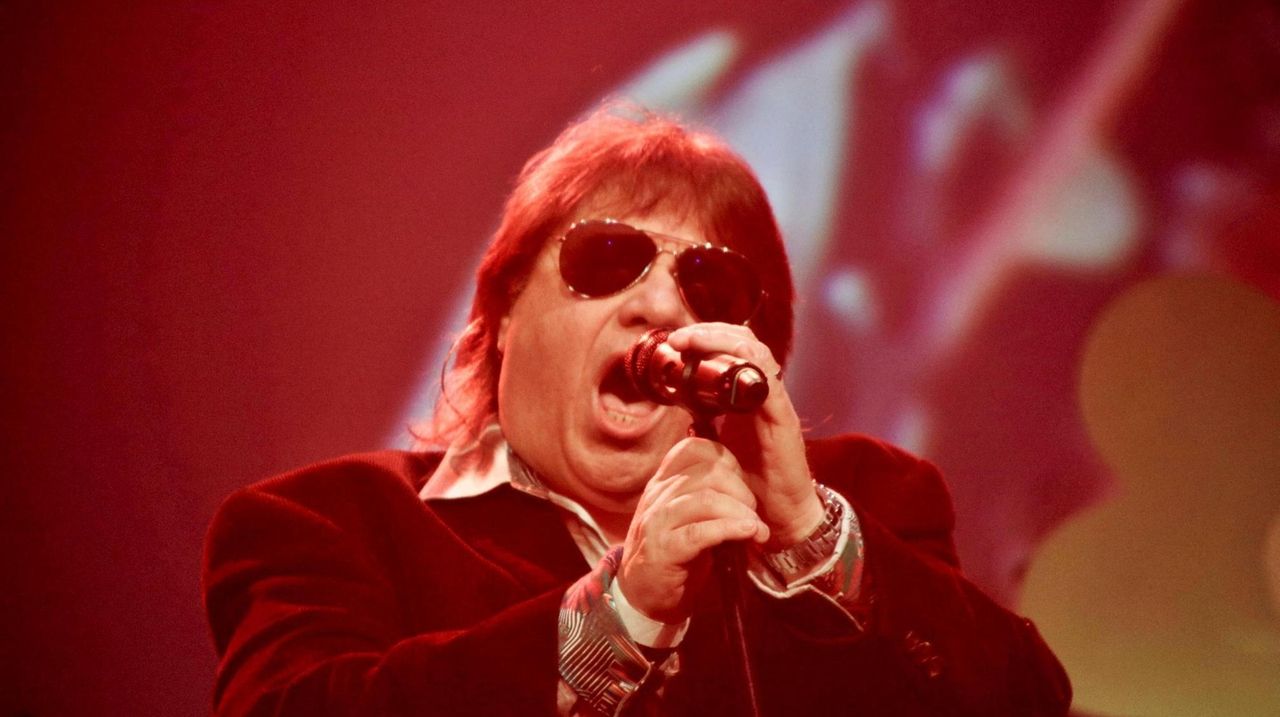 The late Danny Calvagna, who fronted local cover band 45rpm, sings the Partridge Family's hit, "I Woke Up in Love This Morning" at Adventureland in East Farmingdale on Oct. 3, 2020. Credit: Brian Rosenberg

Danny Calvagna of Deer Park, the lead singer of local cover band 45rpm, focused on bringing positivity through music. His group was known for its signature set of upbeat 1970s AM radio pop tunes.

"We’d do songs a lot of other bands wouldn’t do," says 45rpm drummer-singer Linda "LuLu" Mackley from Holbrook. "We were all about fun and love."

Calvagna labeled his concerts "The C’mon Get Happy Show" featuring light catchy songs like the Partridge Family’s "I Woke Up in Love This Morning," Blue Swede’s "Hooked on a Feeling" and The Captain & Tennille’s "Love Will Keep Us Together."

The band performed at local venues such as My Father’s Place in Roslyn, The Warehouse in Amityville, Dublin Deck in Patchogue, Salt Shack in Babylon, The Paramount in Huntington and The Space at Westbury.

"Danny played feel-good songs that made people smile and dance," says Kenny Forgione, lead singer/guitarist of Wonderous Stories, who shared concert bills with Calvagna. "It brought the crowd back to when they were young."

"I figured I’d give it a shot. He packed the room the first night. I called him the next day and we started booking his band once a month," says Sheehan. "Danny went on to do shows at bigger venues but he would always come back to play KJ Farrell’s because he called us his home."

His vocals were capable of reaching soaring heights. "The man had a great range," recalls Forgione. "He could sing songs with high notes that most guys couldn’t hit."

Mackley adds, "Danny was like a chameleon. He could sound like so many people and really get the feel of each song. It was uncanny and gave you chills."

His last Long Island gig was a drive-in concert on Oct. 3 at Adventureland in East Farmingdale, a concept he helped bring to Long Island.

"Danny was the individual to step up and take a chance on being the first ticketed drive-in concert on Long Island," show promoter Brian Rosenberg. "He opened the door for all the other bands."

Additionally, Calvagna was a performer who was well respected by his peers.

"When you think of Danny, you think of the kindest soul and a man who defined ‘the joy of music,’ " says fellow local musician Michael DelGuidice of Big Shot. "This is a tremendous loss to the Long Island music scene."

Calvagna is survived by his wife Karen, his children Paul and Kristen, grandchildren Jacob and Kylie, his mother Molly and his siblings Andrea, Cheryl, Barry, Frank, Richard and Bobby.

Due to COVID restrictions funeral services are private. However a public memorial will be held in the future.