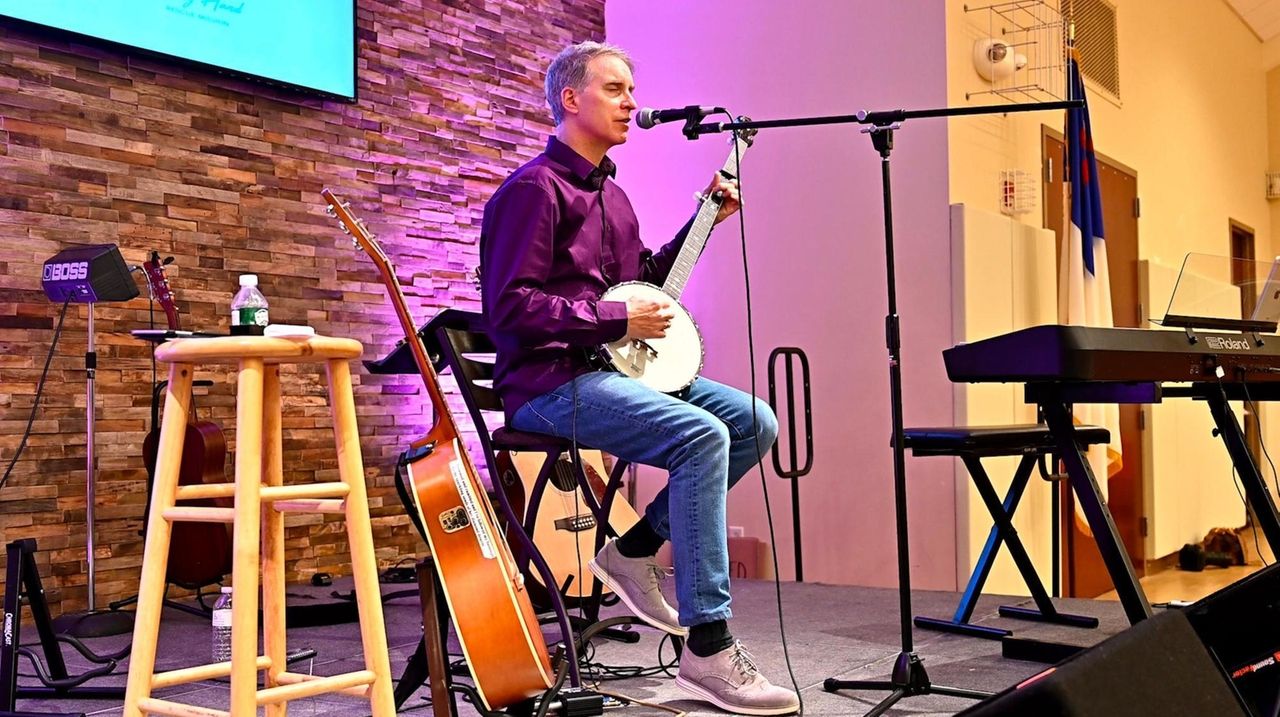 Psychologist Drew Velting of Merrick has made a career out of helping people — this time, he’s using his guitar.

The doctor-turned-musician is releasing a new single, “Where Do the Homeless Dwell?” and launching a tour of Long Island homeless shelters in honor of National Hunger & Homelessness Awareness Week.

“There are so many homeless people, they are just invisible to most of us,” says Velting, 58. “We see them, but we don’t think about where they go or come from or where they sleep at night. My goal is to raise more awareness to this issue.”

Velting visited San Francisco, Denver, Manhattan and researched the homeless epidemic on Long Island including a tour inside the Pax Christi Hospitality Center in Port Jefferson. His song paints a picture of homeless people — a veteran, a young woman, an ex-con — grappling with issues such as lack of affordable housing, addiction and mental illness.

“I wanted the song to be thought-provoking and create an emotional response from people,” says Velting. “Maybe they will think about homelessness in a different light.”

The last verse of the song asks a series of questions: “Who speaks for the vagabond poet? For the vagrant shades unseen? Who cares for the waifs and mad drifters? Or some weathered welfare queen?”

“The whole song is a question. I intended it to be somewhat provocative,” says Velting. “Who really knows where these people go and who really seems to care? What I’ve discovered is that there are a lot of people who care about them and they are doing things to help.”

Proceeds from sales of the single will go to the National Coalition for Homeless Veterans.

Velting has started a tour of homeless shelters where he's performing for its patrons.

“I’m excited to connect with people who are unhoused and undernourished that need help,” he says. “I believe music can lift their spirits, bring hope and act as a distraction to things in life that are problematic and troublesome in the moment.”

Velting will perform a mix of traditional and contemporary folk songs (Bob Dylan’s “Blowin’ in the Wind,” Woody Guthrie’s “The Ballad of Pretty Boy Floyd”) plus some spiritual numbers (“This Little Light of Mine,” “Michael, Row the Boat Ashore,” “Kumbaya,” “This Train is Bound for Glory”).

“People can catch on quickly and help sing the refrain,” he says. “I want these shows to provide some comfort to people who are suffering. I hope the performances relieve stress, improve their mood and make a connection.”