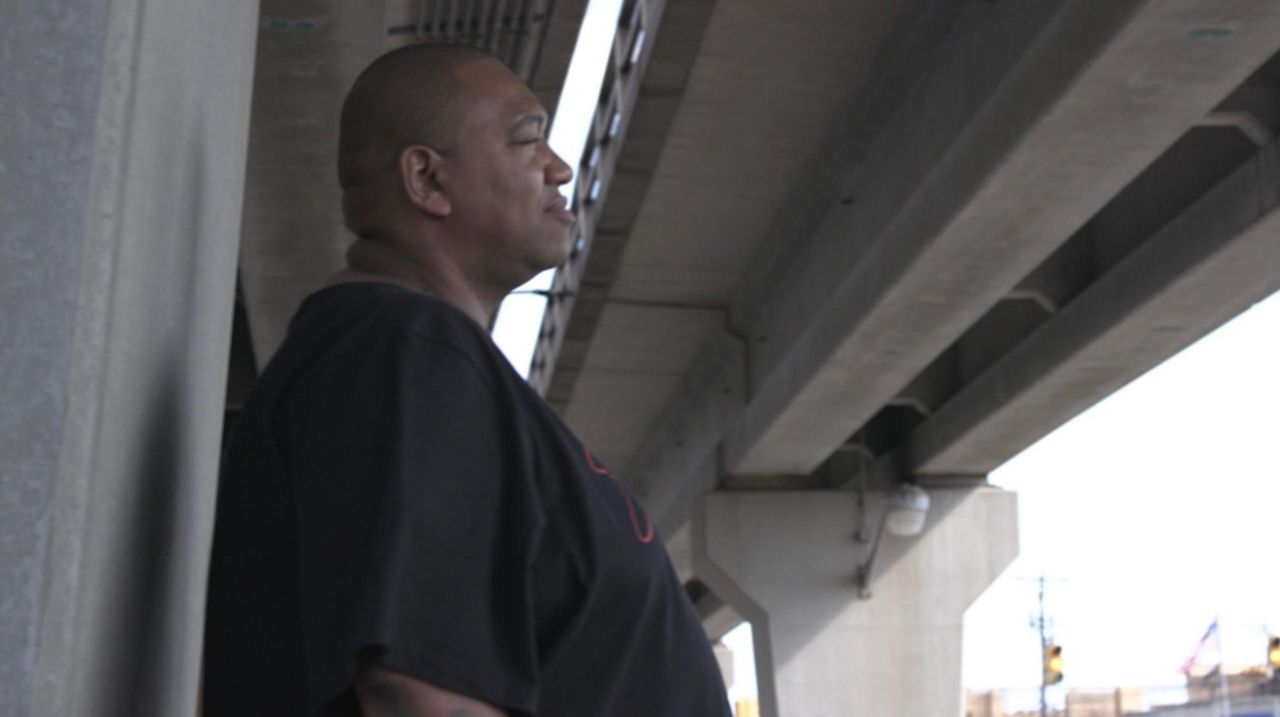 Edward "JJ" Jones has been a big part of the Long Island hip-hop community for decades and recently dropped a new album during the pandemic addressing various issues including the death of George Floyd. Credit: Kendall Rodriguez

"I was itching to be creative and get my brain working," says Jones, who currently lives in West Babylon. "I get a lot of ideas and rapping helps me tell my story through music."

The 42 year-old was raised in foster care within the Lindenhurst community which is something he raps about on his new album, "The Untitled."

"I’m been through it all," says Jones. "Many people from Lindenhurst took me in and made me part of their family. You learn from each household that you are in."

Jones finds rapping therapeutic as he often taps into his emotions for material.

"The rhymes come quick when you are dealing with real life," he says. "Once it’s in my head, it’s easy to write the song because I’m not making stuff up."

One topic that he tackled is the death of police brutality victim George Floyd on the track, "Beautiful and Emotional."

"I was a little nervous about doing that song and putting it out because everybody is going to have their opinion," says Jones. "I’m not just going to say Black lives matter. Everybody matters --- all colors. I respect everyone. But, obviously wrong is wrong."

Growing up Jones idolized old school rappers like Big Daddy Kane when developing his own flow.

"Kane was hardcore but smooth. He had real versatility," says Jones. "My rap style is very emotionally driven. I pour my heart out on the mic. When something is on my mind, ultimately it comes out in the music."

Jones has even built his own brand of hats, T-shirts, hoodies and masks called Stay Vintage, which he sells via social media [Instagram: @stayvintageofficial, Facebook: facebook.com/StayVintageByEdwardJJJones].

"Staying vintage is being true to who you are because that’s what people love you for," he says. "It’s a term that can relate to everybody. Every person is vintage in their own way."

"There are so many talented people here. Long Island has a lot of rappers — different ages and genders. They inspire me to keep going," he says. "One thing I’ve learned in foster care is if you have an opportunity to help someone, you do it."

However, Jones is not focused on fame or fortune.

"I’ve achieved what I wanted to," he says. "I just want to be heard and help bring other artists up. Regardless, I’ve won because I’m happy."