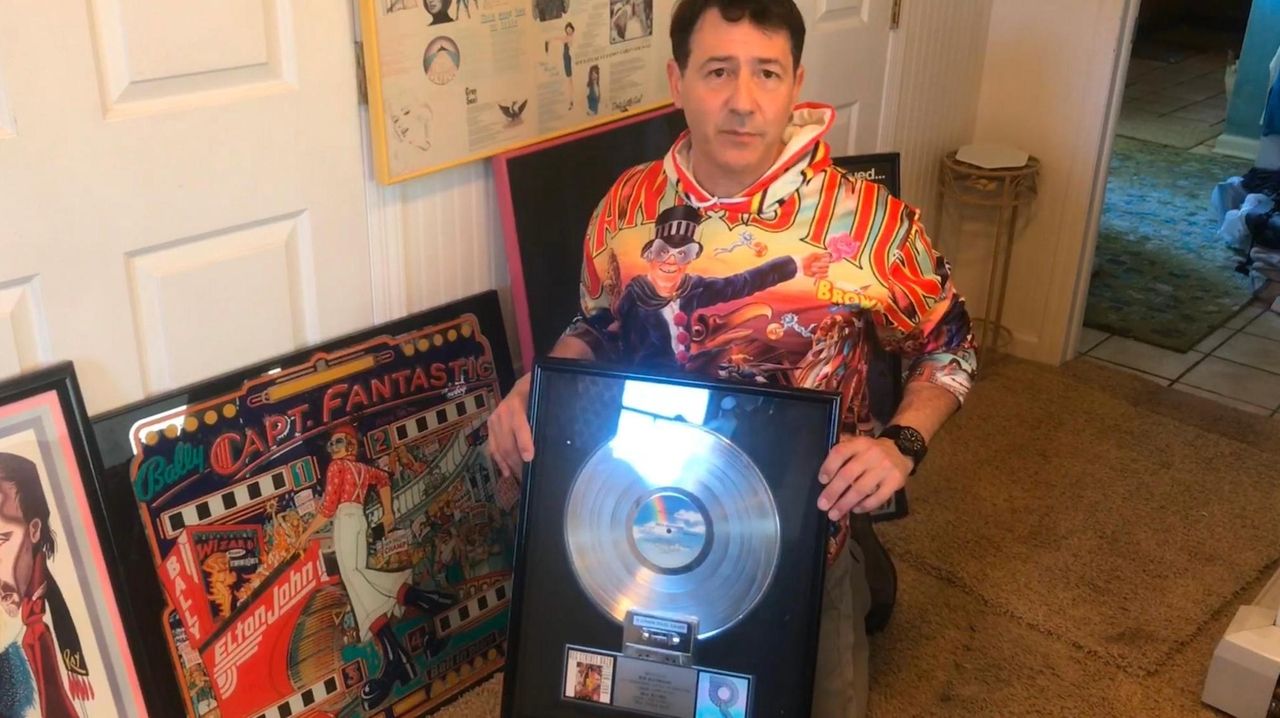 Beyond the tinted glasses, wigs and flamboyant outfits, Sir Elton John’s legend lies within his songs.

In celebration of his “Farewell Yellow Brick Road” retirement tour coming to NYCB Live's Nassau Coliseum on Nov. 16,  Newsday spoke with Long Islanders about their favorite songs from the Rocketman and the personal significance they hold.

Ramona Caporusso, 54, of Melville became an Elton John fan when her high school boyfriend introduced her to the song, “Princess” from John's 1982 album, “Jump Up!”

“I was over the top in love with this guy,” she recalls. “We were graduating Valley Stream North High School together. The words in the song say, ‘Haven’t you heard what’s new? There’s a rumor going around that suddenly I've found you.’ It was very apropos for us. He would always call me his princess.”

For Joanne Lancaster of Plainview, John's first hit, “Your Song” brings back both warm memories and heartache. She used to sing the song with her boyfriend Ronnie at Jones Beach and at parties growing up and later it became their wedding song when they married in 1992.

“It was so appropriate,” she says. “Everybody that knew us, knew that was our song.”

Unfortunately, Ronnie died from cancer in 2009. For Lancaster, “Your Song” remains a constant reminder of his spirit.

“The song has been in my life so much,” she says. “It always seems to come on the radio when I’m thinking about him.”

Elton John came to the attention of Carmine Buquicchio when he first heard “Bennie & the Jets” at his cousin’s house. His father surprised him by buying the album, “Goodbye Yellow Brick Road” for him plus seats to see Captain Fantastic himself at Nassau Coliseum in December 1974.

“I’m stronger than ever. I feel like a little kid,” he says. “Right now I’m picking up the pieces of my life without cancer. I’m still standing…YEAH, YEAH, YEAH!”

In fact, Buquicchio had 15th-row seats to see John on Nov. 16, but he donated them to be raffled off at the Long Island Beauty Ball, which raised $2,500 for the Mondays at Racine Cancer Care Foundation.

Rachel DeMolfetto, 56, of Blue Point owns Racine Salon & Spa in Islip and offers free service on Mondays to people getting cancer treatment through her non-profit organization, Mondays at Racine, along with 19 other salons. When Buquicchio was going through his cancer battle, DeMolfetto was there for him and he spoke at the Long Island Beauty Ball where she introduced him with the lyrics to John's song, “Friends.”

“He relied on me as a friend,” says DeMolfetto. “The song identifies my relationship with Carmine and evokes so much emotion with me and my foundation.”

Ronnie Strum, 68, of Huntington was going into her ninth month of pregnancy when she went to see John at Madison Square Garden in August 1976.

“I was taken by Elton’s presence,” she says. “When he performed ‘Funeral for a Friend,’ I got the chills and was overwhelmed by the piano crescendos into ‘Love Lies Bleeding.’ I get that same feeling every time I hear it.“

She gave birth to her first child, Adam, more than a month later. He grew up to be a professional musician.

Singer/pianist Joe Wasserman, 32, of Oyster Bay plays in Face to Face, an Elton John/Billy Joel tribute band, which formed out of a jam at The Homestead in Oyster Bay. It’s there he met acoustic guitar player John “Big Daddy” Struck. They would play “Daniel” in memory of Struck's brother of the same name.

“The last time John saw Daniel, he was getting on a plane to go fight in Vietnam,” he says. “He was killed in action shortly thereafter, and the song ‘Daniel’ became Big Daddy’s own personal tribute to him.”

A year ago Struck died and today the band plays “Daniel” in his memory.