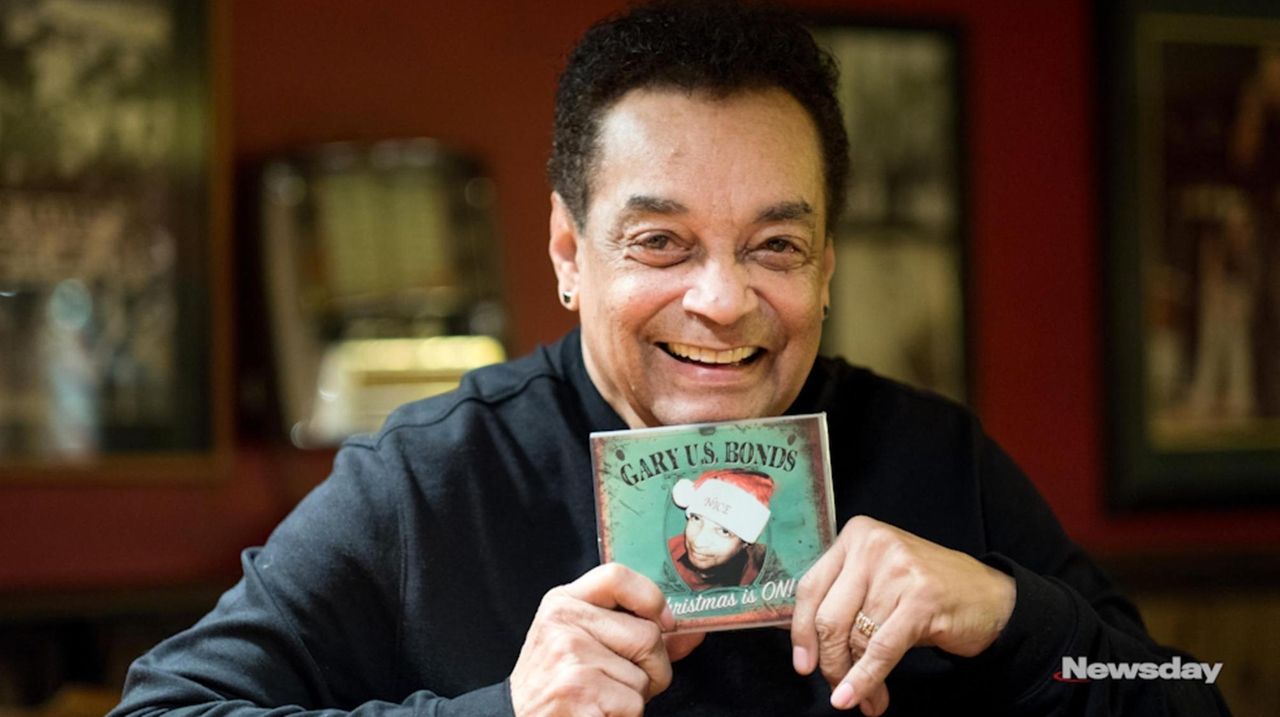 Singer Gary U.S. Bonds on Nov. 28 talked about what it's like to come back home and perform at My Father's Place in Roslyn. Credit: Barry Sloan

When Gary U.S. Bonds thinks about the rollout of his comeback album “Dedication,” his first collaboration with Bruce Springsteen & The E Street Band, all he can do is laugh.

Bonds plans to conjure that feeling again Friday when he and his band The Roadhouse Rockers play “Dedication,” as well as his classics like “Quarter to Three” and “New Orleans,” at My Father’s Place at The Roslyn Hotel — a request from the supper club’s co-founder Michael “Eppy” Epstein. “It was Eppy’s idea and it should be a nice time,” Bonds says. “It’s been a long time since I’ve played out here, maybe six years. I have a lot of neighbors saying they’re coming.”

Though it was Long Island’s music scene that persuaded Bonds (nee Gary Anderson) to move his family from Norfolk, Virginia, where he grew up, to Wheatley Heights in the mid-'70s, he says things have changed. “It was a jumping place back in the day,” he says. “Now, it’s a little slow.”

Back when Bonds used to play the original My Father’s Place and U.S. Blues in Roslyn, many of his tours would revolve around the area’s rock clubs. “There was four or five months of work a year just on Long Island,” he says. “Back then, playing Garden City had nothing to do with playing Plainview. I could do 20 gigs in a 20-mile radius. It was a rocking place.”

In recent years, with changes at Long Island clubs, Bonds has mainly been playing in Manhattan when he’s not out on the road. Though he hopes that will change now that the new My Father’s Place is open.

Of course, Bonds, 79, isn’t rocking quite as often as he once did. He laughs about turning down invitations from Springsteen to see his shows. “Even when Bruce is playing arenas and I can go and drive right into the arena, by the time you got there and through security, you were whipped,” he says. “Sometimes, I have to say, ‘Bruce, I don’t want to do this. I’d rather stay in my little room.’ ”

After all, Bonds still enjoys being creative in his little room. He says he loved writing his autobiography “By Bonds: That’s My Story.” He had fun recording his holiday album “Christmas Is On!” (GLA), from which he plans to play selections at his My Father’s Place show. And he has enough new songs completed to release a new blues-rock album.

“I’m still writing all the time and still trying to make it all work,” Bonds says. “And I’ve been with the same band for the past 22 years. Every night we play, I get to find out ‘Did they learn anything new?’ Or maybe they find out if I learned something new — which I always do.”

Gary U.S. Bonds’ distinguished rock and roll career has spanned more than six decades and included numerous classics. Here’s a look at some of his best:

NEW ORLEANS (1960) Bonds’ debut single was a tribute to the party haven and faded out to make it seem like it would go on forever. Was it catchy? I said, “Hey, hey, hey, yeah.”

QUARTER TO THREE (1961) The good-time anthem was a swinging delight dedicated to the swingingest band and the swingingest song that danced its way all the way to No. 1 for two weeks.

SCHOOL IS OUT (1961) This rocker, which went to No. 5 on the Billboard Hot 100, contained the immortal lyric about vacation pleasures:" I can root for the Yankees from the bleachers/and don't have to worry 'bout teachers."

THIS LITTLE GIRL (1981) With help from Bruce Springsteen and The E Street Band, Bonds made his comeback to the charts by showing how timeless his early hits were.

OUT OF WORK (1982) Teaming with Springsteen again, Bonds took on the Reagan recession and its double-digit unemployment while still remaining upbeat and catchy. – GLENN GAMBOA

LI teacher's 'Survivor' journey about to begin
'RHONY' reunion won't be happening
'Cake Boss' says his mangled hand is '95 percent' healed
'Ted Lasso,' 'The Crown' win big at the Emmys
Stars bring the glamour and color to Emmy red carpet
Emmy host Cedric the Entertainer says stuffiness is banned
Didn’t find what you were looking for?