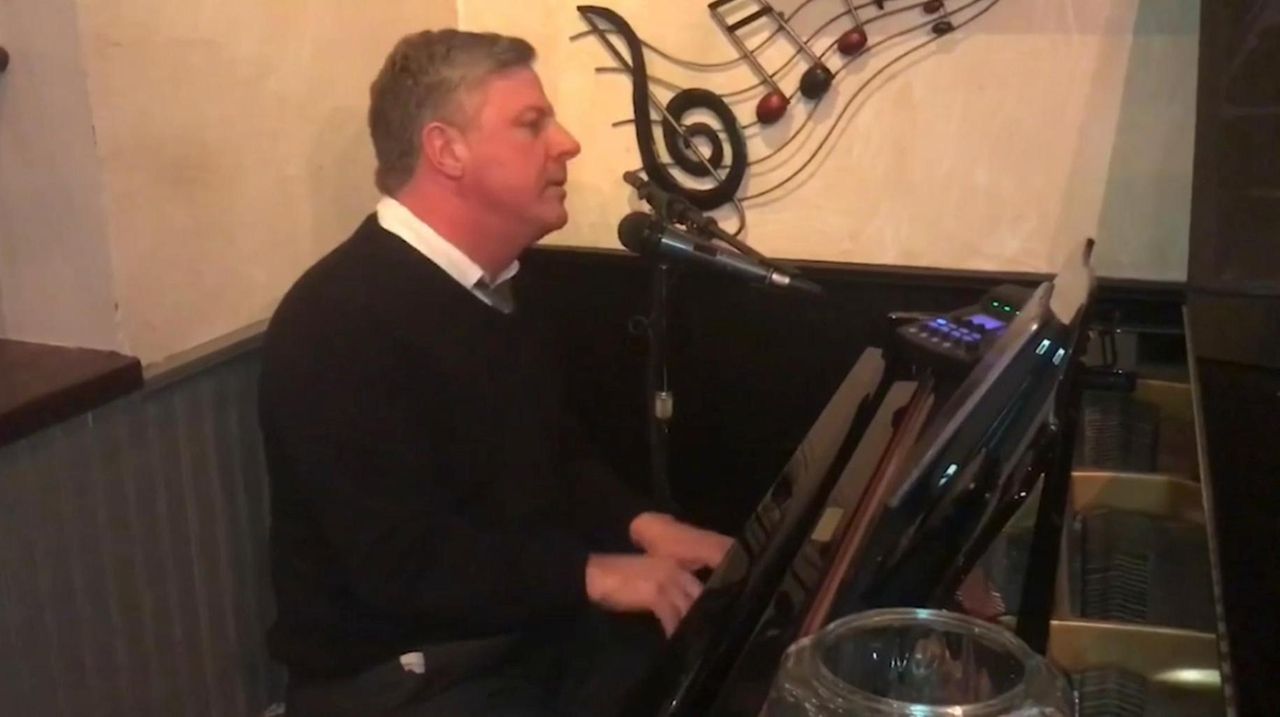 Fine dining with live jazz playing merely feet from the table is not an easy thing to find on Long Island. But Grasso’s in Cold Spring Harbor has managed to swing this combination for more than 20 years.

“I wanted to bring Manhattan sounds here so that people don’t have to travel to the city,” says owner Gail Grasso. “It’s an up-close and personal experience with the artists.”

Already a successful restaurateur with Trattoria Grasso in Huntington, Grasso branched out with a second establishment in 1994--this one with an extra twist.

“My passion was to have a restaurant with jazz,” says Grasso, who books all the acts herself. “I started slowly because you don’t know how it’s going to go.”

At first, live music was available on Friday and Saturday. With demand, it was extended to three nights, then four. Now the restaurant offers live music six nights a week.

“We’d get constant phone calls asking, ‘What nights do you have music?’ ” says Grasso. “It became an important part of the restaurant.”

The musical entertainment changes, depending on the day of the week. On Friday, there are rotating jazz trios entertaining diners who might dig into roasted Long Island duck, grilled filet mignon or Atlantic salmon. Saturday features the Sakura Duo comprised of pianist Ayako Shirasaki and bassist Noriko Ueda, who recently played Carnegie Hall.

“They are excellent. This is not somebody tinkling the keys in the background. The music is front and center,” says Steve Bourla, 70, of Roslyn Heights who's been a patron since the restaurant opened. “A lot of jazz places on Long Island have fallen by the wayside, but Grasso’s remains quality.”

Sunday brings a jazz brunch followed by a duo in the evening. Monday is typically a solo piano player while Tuesday is reserved for monthly theme nights ranging from Beatles to Motown to Broadway.

“I go along without a set list. That’s half the fun,” says Sabella, who has been performing at Grasso’s since 1998. “It’s always different which makes it interesting.”

The scene on a Wednesday is a relaxed atmosphere where casual but neatly dressed Long Islanders sit down to break bread and enjoy some jazz.

“Some people like to eat and listen at the bar while others take a table,” says Sabella on piano. “Sometimes they even want to dance so we accommodate them.”

Anne Archer, 63, of Huntington is a jazz lover, who enjoys her martini straight up with a bleu cheese stuffed olive when she goes to Grasso’s. “There’s an easy hometown, cozy-type of feel to the place,” she says. “It has a good vibe that’s worth sharing with friends.”

Grasso’s takes a break from the jazz format on Thursday with the vocal/piano duo of Jen Eichel and Larry Eisner, who have been in that slot for three years.

“What we do is a little different,” says Eisner on both piano and vocals. “We play a bit of everything — oldies, rock-n-roll, Broadway, singer-songwriter stuff, you name it.”

Vocalist Eichel adds, “A lot of times as a musician you are in the background as filler. It’s not like that at Grasso’s. There are couples that come every week and reserve tables. We even become friends with them.”

Vinny Papa, 73, of Huntington likes to come see Jen and Larry regularly. He sits at the bar with his wife Karen and enjoys dishes like Prince Edward Island Mussels or fusilli avellinesi made by executive chef/partner Tony Canales.

“Grasso’s is festive year-round not, just during the holidays,” Papa says. “Gail brings in new talent all the time. She has a good eye for it.”