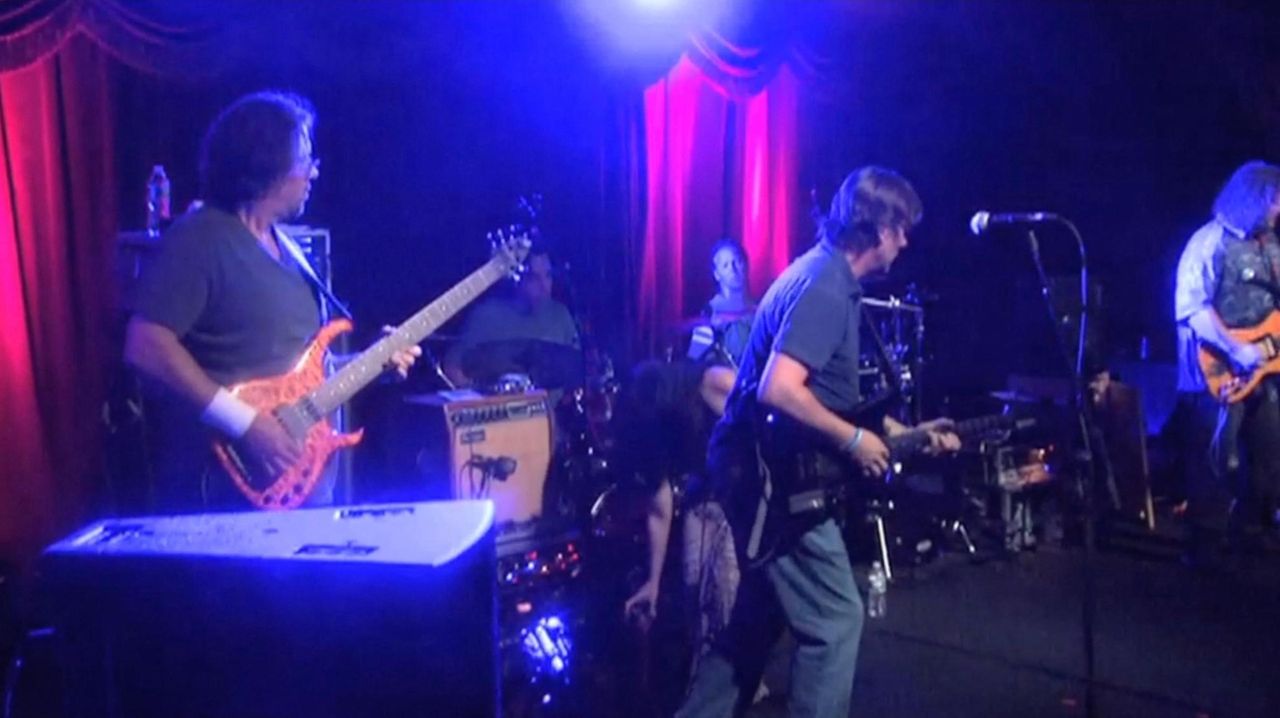 Half Step is a Grateful Dead tribute band from Long Island who will play the middle slot at “Grateful Fest” at LIU Post’s Tilles Center parking lot in Brookville on Sunday, August 23.  Credit: Half Step

In their hit song, “Touch of Grey,” the Grateful Dead says, “We will get by. We will survive.” This lyric encompasses the power-through-the-pandemic spirit behind the 8th annual “Grateful Fest” drive-in concert at LIU Post’s Tilles Center parking lot in Brookville on Sunday, August 23.

“Everyone feels like they are part of the same tie-dyed tribe. We recognize familiar faces even if we don’t know each other,” says founder/co-producer Rich Rivkin. “It’s a cohesive community feeling because there’s something that we all share in common.”

This year’s line-up will feature three local Dead tribute bands: Reckoning, Half Step and The Electrix, who will each perform a 60-minute set.

“We are doing an abbreviated version of Grateful Fest this year because of the pandemic,” says William Biddle, Tilles Center’s executive director. “Usually there are five bands and that has been reduced to three. People can’t bring tents and we won’t have any arts and crafts vendors. We don’t want to encourage congregating.”

Tilles has room for 90 cars and eight motorcycles. The venue has been running a drive-in concert series since mid-July.

“We’ve got the whole system down now,” says Biddle. “We are able to designate areas where people can get out and sit next to their cars. The Tilles Center restrooms are available and all socially distanced. We have an approved plan from NY Forward that specifies everything we are doing. We even check the health of all our visiting performers as well.”

Four food trucks with socially distanced lines will be on hand and the music gets amplified with side speakers as well as being available via car radios.

“People really want this because they like getting out of the house,” says Biddle. “However, we have to follow the rules. If they don’t, we will give one warning and on the second, we will have to ask them to leave.”

This band is celebrating its 30th anniversary delivering the Dead catalog with a different spin.

“Rather than do a re-creation, we take the Dead songs and do them in our own style,” says lead guitarist/lead vocalist Charlie Mirro, who grew up in Levittown. “We don’t try to copy so much as reinterpret.”

As far as the set they have planned, Mirro sees a benefit in opening the festival.

“If you get to go first, you get to choose songs first,” he says. “Our set will probably be more on the mellow side, kind of country-like.”

For the past 16 years, this six-piece band has learned more than 200 Dead songs for its live repertoire.

“The arrangements of the Grateful Dead’s music are always open to interpretation,” says lead guitarist/lead vocalist Tom San Filippo of Lynbrook. “It’s kind of like jazz in that it’s subjective and you can branch out to make it interesting. Every band has their own take.”

“We are all drinking from the same well,” he says. “The music doesn’t lend itself to being competitive. It’s more of an organic communal type of approach. The goal is to spread the music.”

Since the Great South Bay Music Festival in Patchogue and Jerry Jam in Middle Island were canceled, this group will be making its first public appearance since the pandemic hit.

“Doing a drive-in concert is a first for us,” says bassist Ray Kairys of Brooklyn. “But, I think the new format won’t matter because the overall feeling you get at this festival is a special kind of oneness. Everybody is on the same page.”

Well-respected in the jam band community for decades, The Electrix is known for its show closers at sunset.

“There’s no set list. We get the feel of the crowd, start playing and see what develops,” says Kairys. “No matter what we play The Dead’s celebratory vibe just continues. It’s always one big party.”