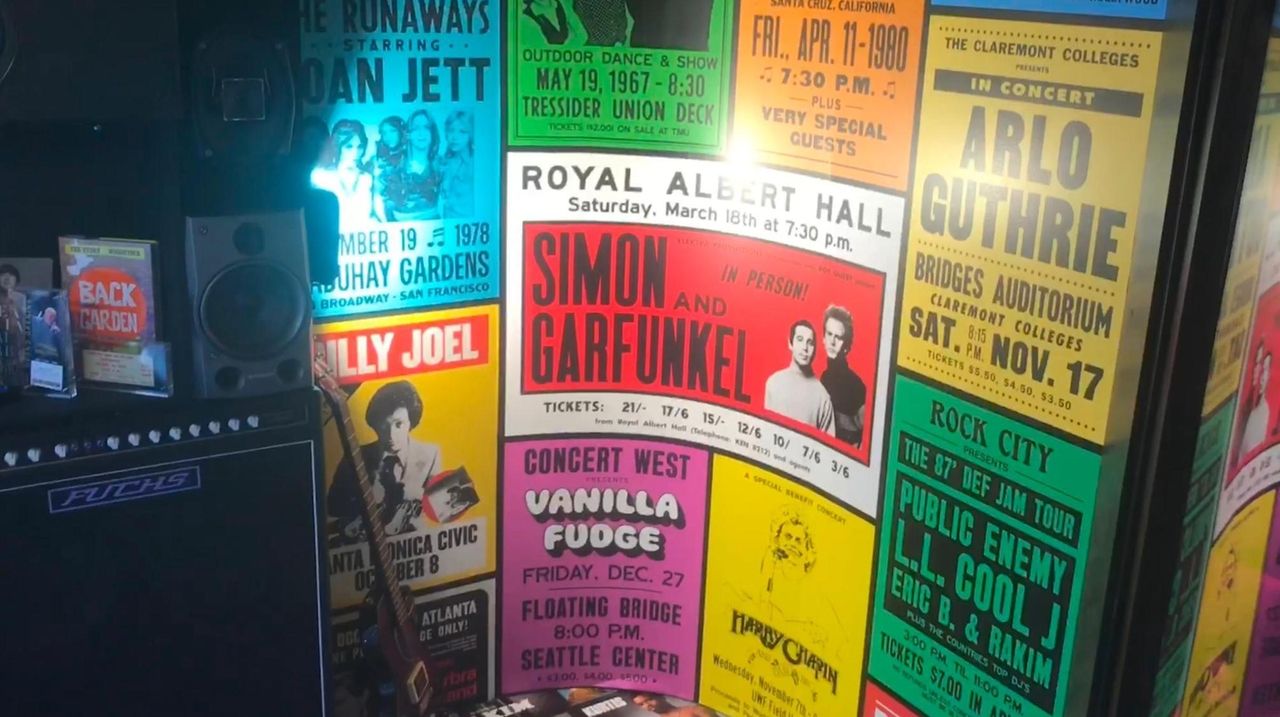 Get on board because the Long Island Music Hall of Fame is going mobile. Although the nonprofit organization has been working toward establishing a permanent home, they’ve taken a big step forward by completing construction on a museum-on-wheels in a tour bus. Credit: Newsday / David J. Criblez

Get on board — the Long Island Music Hall of Fame is going mobile. Although the nonprofit organization has been working toward establishing a permanent home, they’ve taken a big step forward by completing construction on a museum-on-wheels in a tour bus.

“We’ve had an interesting history of doing a lot of work, but not having any physical presence,” says Kelly Leung, board member and community outreach director. “We thought this was a good start.”

The 38-foot long, 400 square-foot Winnebago was acquired by LIMHOF four years ago and was completely renovated to a design by board member Kevin O’Callaghan.

“We had to get as much information and visual candy as we could in there,” says O’Callaghan, who has done set design for films (“The Flamingo Kid,” “Nothing in Common,” “Easy Money”) and music videos (Billy Joel’s “Tell Her About It,” Cyndi Lauper’s “Girls Just Want to Have Fun”). “There’s so much that happened on Long Island musically — it’s endless.”

Upon entering the first display is a guitar and drum cymbal covered in autographs from LIMHOF’s inaugural gala from 2006 featuring signatures from Peter Criss of KISS, Dee Snider of Twisted Sister, Billy Joel, Felix Cavaliere of the Rascals and others.

On the right side is a glass cased exhibit called “On the Record” where a video jukebox displays various album covers playing 30-second song clips from LIMHOF inductees on a loop like Twisted Sister’s “I Wanna Rock,” Benatar’s “Love Is a Battlefield,” Joel’s “She’s Got a Way” and Salt-N-Pepa’s “Whatta Man.”

Additionally, inside the case are musical artifacts such as Harry Chapin’s Congressional Medal of Honor, Billy Joel’s harmonica and gold record for his 1977 album, “The Stranger,” Simon & Garfunkel’s LIMHOF award and Blue Oyster Cult’s cowbell.

“These are all artists that made a big statement on Long Island,” says O’Callaghan, who was assisted by Matt Iacovelli. “There’s something for everybody.”

The 10-minute tour concludes with a fun selfie spot in the back of the bus where retro concert posters from the Lovin’ Spoonful, the Ramones, Arlo Guthrie, John Coltrane, Joan Jett and others provide a colorful backdrop.

Visitors can see the vehicle on Post Avenue in Westbury from noon to 6 p.m. Nov. 17, before the organization's holiday benefit concert. In the future, the bus will be making appearances at festivals, schools, libraries and special community events.

“Long Island is not just Billy Joel,” says O’Callaghan. “We want people to realize the talent that came from this place and how their influence changed the world.”