Morgan Saint takes the stage at the Life is Beautiful Festival in downtown Las Vegas on Sept. 22. Credit: Randee Daddona

Morgan Saint made her Bowery Ballroom debut Monday night, taking the stage like she owned it and soaking in the wild screaming and chants of her name.

Sure, the 24-year-old Mattituck native was opening for lovelytheband, the Los Angeles rockers with the hit “Broken,” but the early crowd at the Lower Manhattan venue belonged to her. “What’s up, New York?" Saint asked, to a roaring response. “This is my hometown.”

And Saint was greeted like a hometown hero as she celebrated the release of her “Alien” EP (Epic) on Friday, playing half of its eight tracks in her 35-minute set, including the gorgeous single “On Fire,” where she blends a bit of Lorde drama with layers of jazz-leaning synths.

As personal and wrenching as some of her songs can be, Saint bounced through most of them, like she was dancing through the pain. And it was her energy that came across, even if some of the more delicate moments got drowned out in the mix and the cheering. 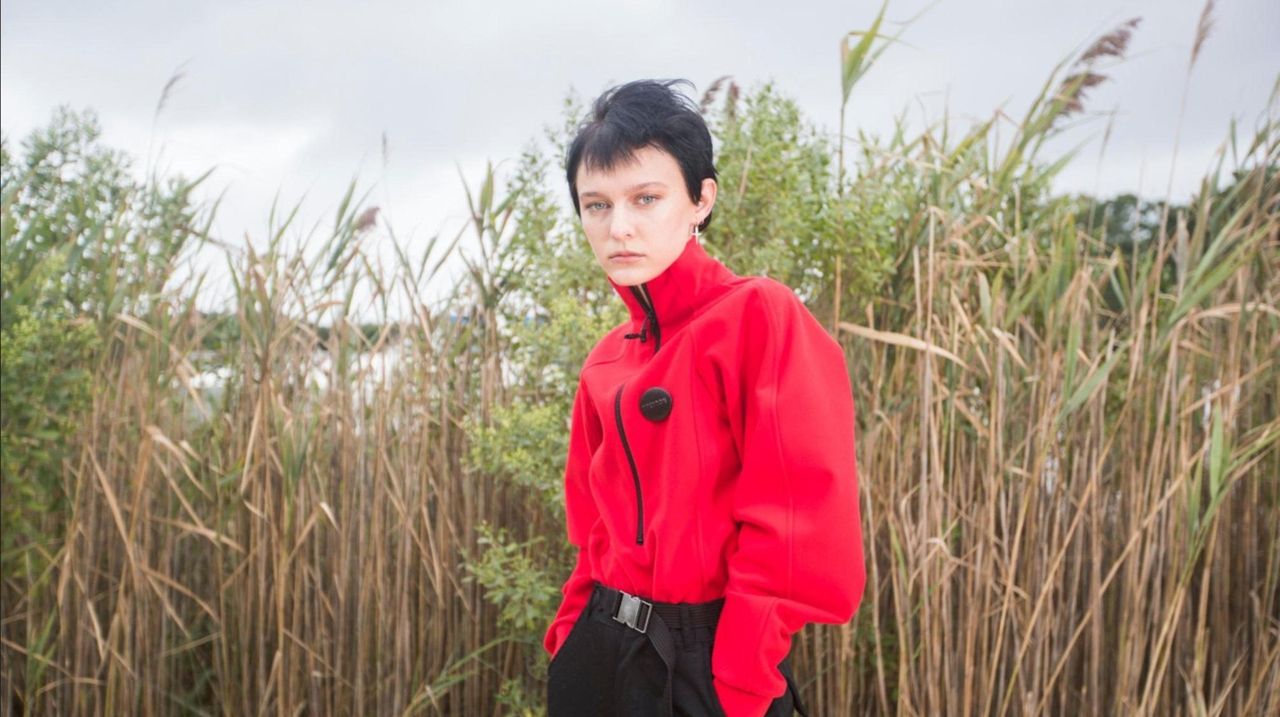 Backstage with Mattituck pop star Morgan Saint Morgan Saint may soon become a household name. The singer-songwriter from Mattituck has appeared on "Conan" and "Good Day New York," and has been featured in Vogue. In August, she provided backstage access at a rehearsal at the Vail-Leavitt Music Hall in Riverhead and at the Life is Beautiful Music & Art Festival in Las Vegas. Those closest to her talked about her skyrocketing career, and Saint shared some thoughts on how she writes her music. Credit: Randee Daddona, YouTube / Team Coco, The Hang Productions Inc; Photo Credit: Gildersleeve family

“I’ve seen people here,” Saint said after the crowd sang along to the sweet, infectiously simple single “Just Friends.” “But never ever did I think I’d be [expletive] playing here.”

Considering how well it went, though, Saint should probably get used to it. The way the crowd sang along to her outsider anthem “New Regime” – giving extra emphasis to the lines “We are lonely, but we are proud” and “We are outcasts, but we are brave” – it looks like her declaration, “We don’t need nobody else,” is coming true.