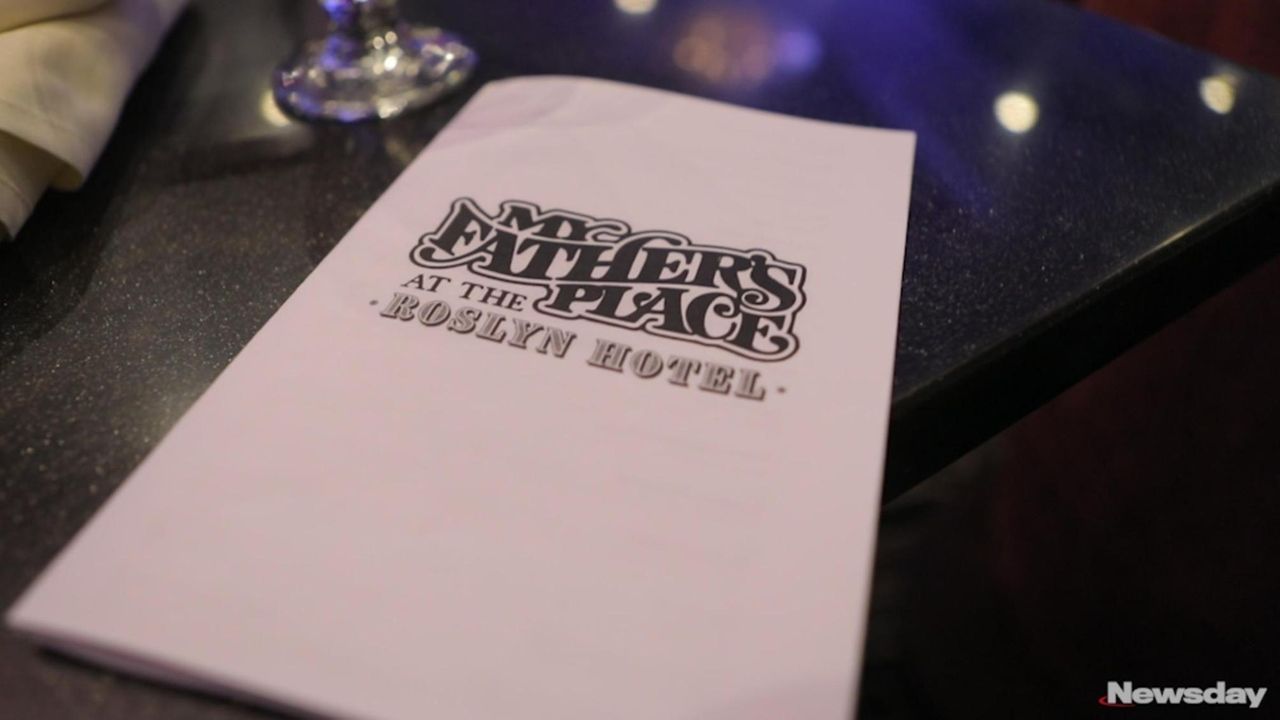 On Friday, My Father's Place at The Roslyn Hotel opened its doors, recreating a legendary club known to a previous generation that had enjoyed a unique combination of music and food starting in 1971. Credit: Newsday / Jeffrey Basinger

Michael “Eppy” Epstein still believes in the “If you build it, they will come” principle.

It’s the idea he used to launch the legendary My Father’s Place in Roslyn in 1971, the club that brought up-and-comers like Bruce Springsteen, Bob Marley and U2 to Long Island before it closed in 1987. And it’s the principle behind My Father’s Place at The Roslyn Hotel, the new supper club that opened Friday night, looking to build on the original’s international reputation and also create something new.

“I’m calmer now than I have been in the last 32 years,” said Epstein, counting the tumultuous year before the club closed, as he sat on the edge of the stage, minutes before the doors were supposed to open. “I’m home.”

Outside the doors, though, fans were anything but calm in the packed lower lobby of the hotel. Some like Janice and Mike Knopf of Northport were eager to reminisce about all the concerts they saw at the original My Father’s Place, where they went every weekend in the early days of their 46-year relationship. “People wanted to see live music instead of movies,” Mike Knopf said. “It was so exciting. And it was affordable to see a concert — not like today.”

Tony Blockis came all the way from New Hampshire to see Buster Poindexter christen My Father’s Place at The Roslyn Hotel, though he quickly adds that he was there more to visit his high school sweetheart, Giselle Lambert of Locust Valley, so they could see the show together like they used to at the original club.

So far, Epstein’s plan has worked. Poindexter’s opening night was sold out, as are Livingston Taylor’s show Saturday night and Roomful of Blues’ Sunday night.

And Patricia Hughes, who was the first in line with her husband, Tom, on Friday night, said she is also a fan of Epstein’s supper club concept — happy to sit and have a nice meal while watching a show rather than standing packed together for four hours. “When you’re young, it’s all about the music,” said Hughes, of Williston Park. “Now that we’re older, you want a little bit of comfort.”

Epstein hopes to draw all ages to My Father’s Place at The Roslyn Hotel and is looking forward to booking up-and-coming bands to appeal to a younger crowd. “We hope they come,” Epstein said. “We just have to teach young people that music isn’t always about jumping around all the time.”

The return of My Father’s Place has already drawn plenty of appreciation from musicians. It’s not quite on par with the time Ian Hunter, at the original My Father’s Place for a radio broadcast, changed the lyrics from his “Cleveland Rocks” to “Eppy Rocks.” But the club’s return has already spawned an homage from Freeport’s Molotov Cocktails called “My Father’s Place” that they played at a private party in the club Thursday night.

“After all these years, My Father’s Place is back again,” sang singer-guitarist John Rullo. “It’s music to our ears.”

Epstein thanked the band and told the assembled crowd, “If you buy tickets, we’ll be able to stick around.”

Classic photos from My Father's PlaceMichael "Eppy" Epstein built his career by seeing potential where others didn't. At his legendary ... My Father's Place: From long history to reopeningOpening in the Roslyn Hotel on June 29, the club aims to establish a new kind of venue experience for Long Islanders. Here's what to expect.