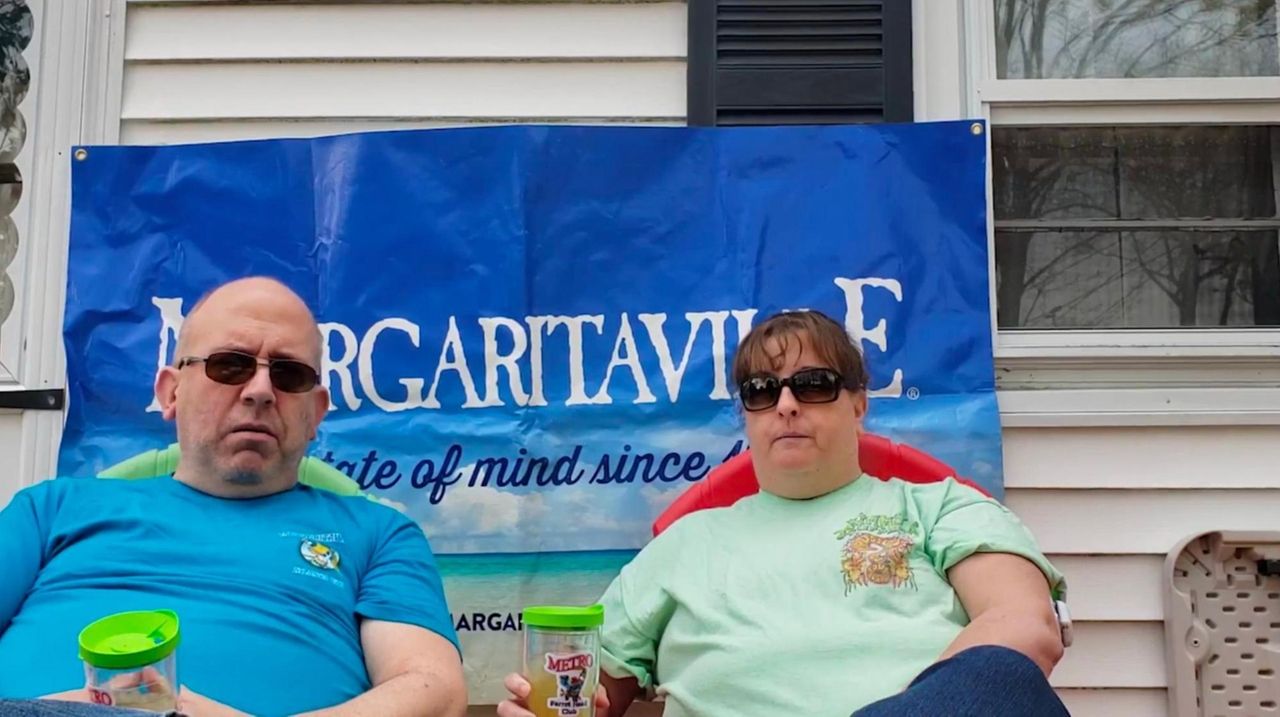 Summer is coming...but will it be the same? That’s the question ticket holders for Northwell Health at Jones Beach Theater’s 2020 concert season are asking themselves in the wake of the coronavirus pandemic.

“Jones Beach is our summer,” says Carolyn Guise, 55, of Lake Ronkonkoma, who regularly attends shows with her son Tom. “Our family doesn’t go on big vacations in the summer, we do concerts.”

Guise has purchased tickets to see multiple shows, including Steely Dan/Steve Winwood, Sammy Hagar/Night Ranger, Journey/The Pretenders, Nickelback and Disturbed/Staind, but right now all she can do is hope that they happen. With the threat of COVID-19, the series of concerts, scheduled from early June through mid-September, is in jeopardy.

Concert promoter Live Nation declined making a statement on the future of the series. When reaching out to the New York State Office of Parks, Recreation and Historic Preservation, Regional Director George Gorman Jr. deferred to Live Nation as “operator and producer of the concerts at that location.”

Currently, 35 shows are actively on sale via Ticketmaster.com and LiveNation.com. (One previously announced show, Alice Cooper/Tesla/Lita Ford, has been canceled. The James Taylor/Jackson Browne concert has been postponed, but tickets are still being sold with a date “TBA” -- to be announced.)

But, when the quarantine lifts will fans be nervous about being part of an audience?

“Jones Beach holds 15,000 people,” says Joe Bienz, 43, of Nesconset, who has VIP season passes with his wife Kimberly. “How do you socially distance in an environment like that?”

Bonnie Ashley, 60, of Bellmore is a regular at Jones Beach with tickets to see Santana/Earth, Wind & Fire, Chicago/Rick Springfield and Rod Stewart/Cheap Trick. However, after her best friend died of coronavirus, she’s running scared.

“I’m thinking to myself…‘Am I willing to have all those people around me?’ Absolutely not,” she says. “This is a killer virus. No one understands its course. It’s very scary to me and I’m not a paranoid person.”

TOO CLOSE FOR COMFORT

James Hoare, 42, of Floral Park bought tickets to see Dave Matthews Band but he feels it might be too soon for concerts to resume.

“The general public has to feel a lot more comfortable before anyone goes back into a crowd like that,” he says. “Entering and exiting a concert, you are herded like cattle. It’s impossible to keep a safe distance. Maybe we need a vaccine before any large scale events recommence.”

Going to see DMB is also a summer priority for Michael Margolis, 38, of Plainview for the past 20 years. Recently, he purchased special up front tickets from the band’s fan club, but he’s worried.

“They’ve sold tickets for a pit where everyone is close together,” he says. “But, I don’t think it’s too safe.”

Many LI fans have ideas on how to make the Jones Beach concerts work in this new pandemic panic.

“Maybe they could sit us 6-feet apart,” says Carol Albertus, 59, of Long Beach, who has tickets for James Taylor/Jackson Browne and Matchbox Twenty/The Wallfowers. “I’d rather do that than not have any shows at all.”

However, Margolis raises a problem.

Kristine Janusas, 50, of Sea Cliff offers a solution because she’s hoping to be able to use her tickets to the Doobie Brothers and Hall & Oates/Squeeze.

“What if they played the concert at Jones Beach and we stayed in our cars in the parking lot watching the show on big screens like a drive-in?” she suggests.

Perhaps the biggest concert on the roster this year is the annual Jimmy Buffett show on Aug. 4, which is known for its massive tailgate in the parking lot.

“It’s the event of the summer,” says Joe Lombardi, 64, of East Hampton, who is President of the Metro Parrot Head Club. “After all that’s gone on this year, it’s time for a party.”

“It’s a big escape for us,” says Jennifer Davis, 44, a nurse practitioner. “We need this release.”

Many ticket holders hope that if the summer series at Jones Beach gets suspended, the shows can be rescheduled as opposed to refunded.

“I’d rather hang onto my tickets,” says Laurie Langella, 46, of Farmingdale, who is looking forward to seeing Alanis Morissette. “The experience is more important to me than the money.”