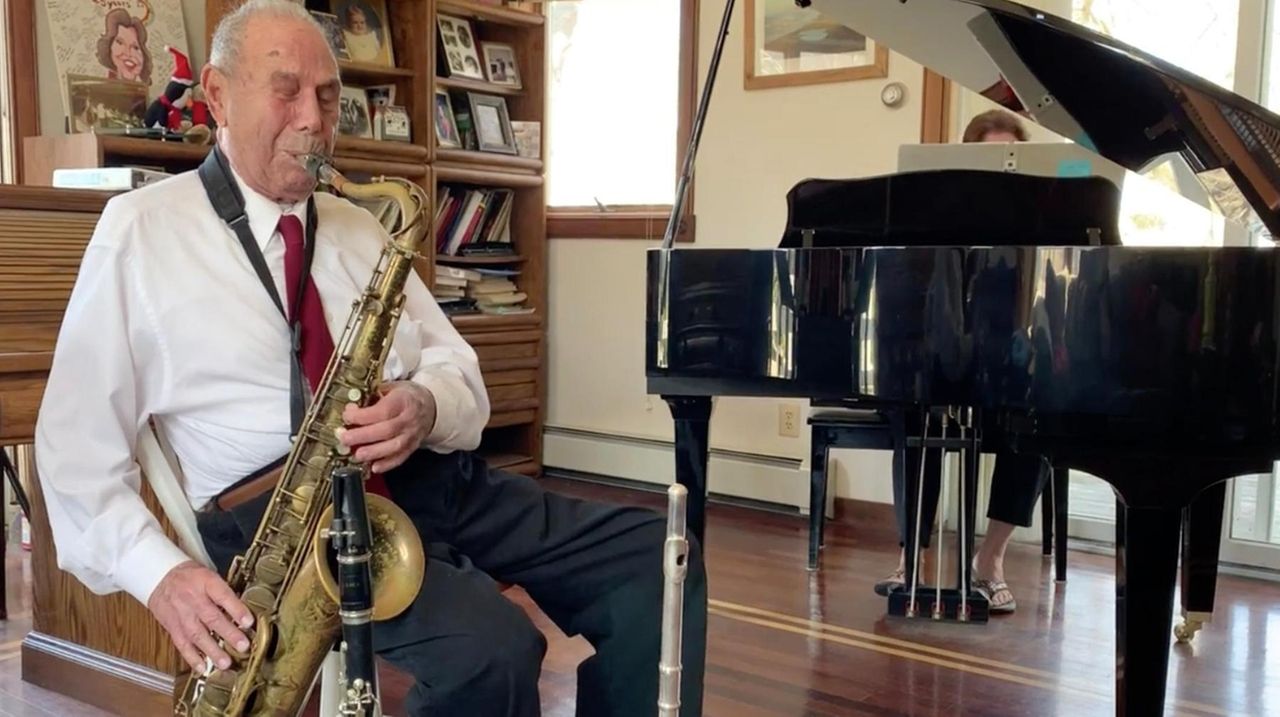 A World War II veteran from Long Island was celebrated on Veterans Day not only for his service, but also his musical legacy. Saxophonist Pat DeRosa, 98, of Montauk was inducted into the Long Island Music Hall of Fame’s Class of 2021 on Wednesday via a special virtual presentation on the Hall of Fame’s and WBAB radio’s Facebook sites.

"Pat is a member of a great generation and as he approaches the century club, he has left an incredible mark on people throughout the world with his music," said fellow saxophonist Richie Cannata, formerly of the Billy Joel Band, in the video. "He’s still got a lot of music left inside of him. I know as he has come to my gigs and to sit in with me."

DeRosa, who grew up in Huntington, performed with the Glenn Miller Army Air Force Band, bandleaders Lionel Hampton and Tommy Tucker and jazz legend John Coltrane, with whom he played for three years until Coltrane's death in 1967.

"It was a startling time for me to have such a great star with me and to listen to him play," DeRosa said on the video about working with Coltrane. "I idolized the guy. It was tremendous."

In the late 1940s, DeRosa performed at the Strand Theater, Waldorf-Astoria Hotel and Paramount Theatre with Bob Hope, Milton Berle, Andy Williams, and Dean Martin and Jerry Lewis. He also formed his own trio gigging at Long Island venues like Milano’s and the Huntington Townhouse and playing at private parties. DeRosa even performed at the 1969 inaugural ball for President Richard Nixon.

Earning his bachelor’s and master's degrees in music education at the Manhattan School of Music, DeRosa taught music at Huntington Elementary and South Huntington Memorial Junior High School. He also served in the Army Air Force during World War II and worked at Grumman.

"Thank you Pat for all your service to our country, to Long Island, to the students that you mentored and for continuing to share your music with your infectious smile throughout the world," said Cannata as he inducted DeRosa. "You are an inspiration to all of us and a hero to me and many others. Congratulations Pat!"

The program concluded with a performance from DeRosa, accompanied by his daughter, Patricia, on piano and granddaughter Nicole on flute.