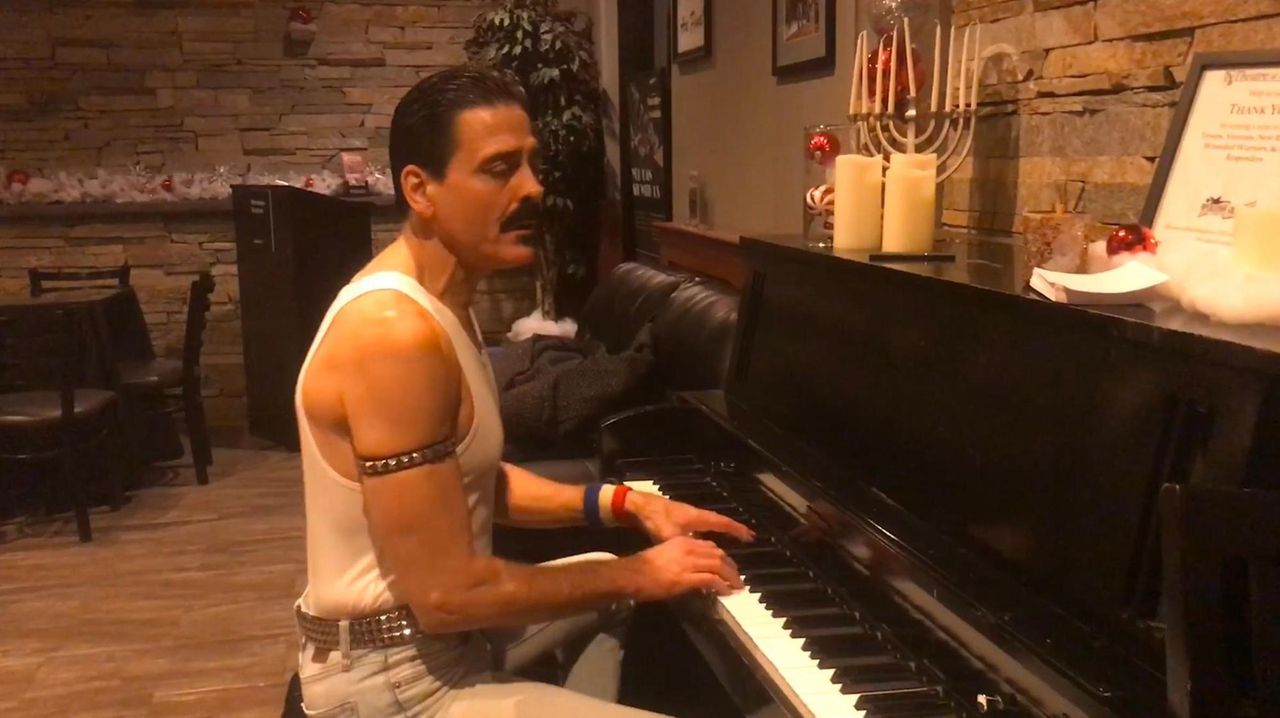 Everybody loves a good rivalry — Yankees vs. Red Sox, Godzilla vs. King Kong and the iconic 40 year-old battle Rock vs. Disco. This weekend the showdown takes place at NYCB Theatre at Westbury where Almost Queen takes the stage on Friday, Dec. 27 and the next night marks the 4th annual “Saturday Night Disco Fever — Celebrating a Night at Studio 54” on Saturday, Dec. 28.

Here’s a breakdown of how this musical ying-yang will play out:

This tribute band will perform “Rhapsody in the Round” where the set focuses on the music from the Oscar-winning Queen biopic, “Bohemian Rhapsody.”

“The movie really lifted things for the band. We began playing bigger venues and experiencing more sellouts,” says bassist Randy Gregg. “We are seeing a surge in younger people. Our demographic went from 30- to 40-year-olds to 8- to 80-year-olds.”

Despite being a 50 year-old classic rock band, Queen is experiencing a peak in popularity.

“They never left the consciousness of people,” says guitarist Steve Leonard. “Their music is in commercials and played at sporting events. Wherever you are Queen is there.”

Of course, the focus is on lead singer Joseph Russo who takes over the role of Freddie Mercury, which is no easy feat.

“Freddie’s voice is unmatched and it’s hard not to fall in love with his energy,” says Russo. “He’s not just a rock idol, he’s in people’s hearts. There’s nobody like him.”

Much like in the film, the crowd gets interactive with the band’s performance.

“Now everybody’s hands are up and clapping when they should be during ‘Radio Gaga’ because of the Live Aid scene in the movie,” says Gregg. “We have our own private Wembley Stadium every night.”

Long Island loves disco. Clubs like Metro 700 and Uncle Sam’s were local hangouts back in the day, but now the party has moved to the concert stage.

“Long Island had the best clubs and DJs so this show is like coming home,” says Mary Seymour of Musique, who will perform hits “Keep on Jumpin’ ” and “In the Bush.” “You feel like you are touching back to your youth. It’s an incredible positive healthy high.”

Her high school buddy Carol Douglas, who will play her popular singles “Midnight Love Affair” and “Doctor’s Orders,” agrees, “The baby boomers like to reminisce about the days when they used to get dressed up and go out. It brings back a lot of memories for them.”

The Trammps will be on hand to deliver their dance anthem, “Disco Inferno” from the film, “Saturday Night Fever.”

“We turn all the lights off, everybody turns on their cellphones, holds them up in the air and we all sing, ‘Burn, Baby, Burn!’ together,” says original member Earl Young.

Also making that soundtrack come alive will be Tavares who are known for their hit, “More Than a Woman” plus dance floor favorite, “Heaven Must Be Missing an Angel.”

“When we sing the songs from back then, you can see the joy in people’s faces,” says original member Ralph Tavares. “Their bodies immediately jive to the music. It’s an instant reaction.”

Herb Fame of the classic duo, Peaches & Herb thinks disco never dies because of its message.

“The songs are always talking about love. It’s the universal word for everything,” says Fame, who will play his staples, “Reunited” and “Shake Your Groove Thing.” “Being on stage and sharing that love is pure joy. We are all elated that people still want to hear our stuff.”