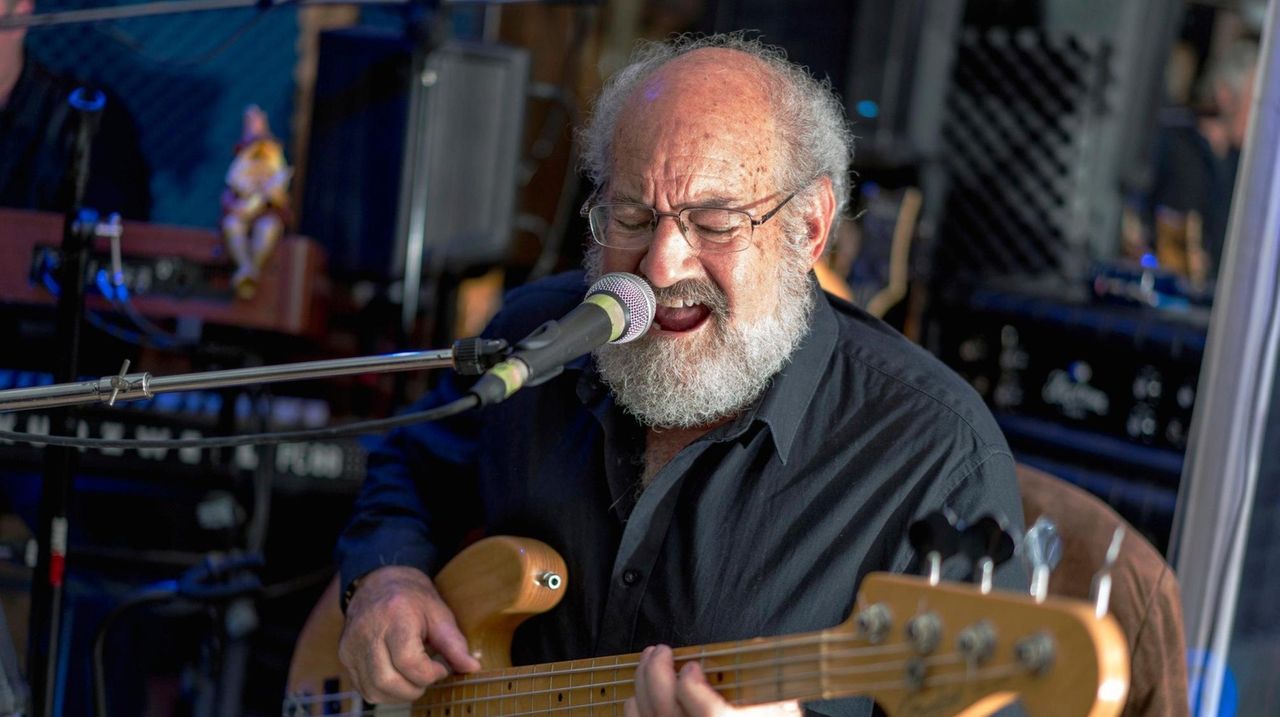 Members of the Stanton Anderson Band, while rehearsing in their space in Dix Hills, talked on May 14 about what's kept their group together. They formed the band in the mid-1970s and even broke up along the way. Credit: Johnny Milano

Stanton Anderson Band singer Mark Fowler walks across the carpet that sits in the center of the band’s basement rehearsal space in Dix Hills, listening closely to how the band’s standard “Bound for Glory” sounds at different points of the room.

The twin guitar attack of Rick Silecchio and Tom Pecoraro bounces between southern rock and funk, as bassist Larry Luby and drummer Bill Kolasinski hold down the complicated rhythm. The horn section of saxophonist William Scoppettone, trombonist Steve Tringali, and trumpeter Pete Tursi offer old-school R&B blasts, while Kevin Rymer delivers a lush organ solo. It sounds as fresh as ever, especially once Fowler starts singing, the mix of his Louisiana roots and Long Island rock clearly on display. And it’s all a sign of how the band’s weekly rehearsals and regular shows keep the band sharp – and why the Stanton Anderson Band, founded in 1972, remains in demand, ready for its return to My Father’s Place at The Roslyn Hotel next Friday and the WBAB Sticky Finger Run in Stony Brook on July 28.

“It's kind of unique,” Fowler said, laughing. “On Long Island, there's so many bands. Bands come and go and we've managed to somehow stay together all these years… But we love it and we have a great time doing it.”

Though Stanton Anderson Band never got the record deal it wanted back in the day, it was so well respected it got to open for the Marshall Tucker Band at Nassau Coliseum and had one of its shows at Rum Bottoms in Massapequa broadcast live on WLIR. And fans will sing along with “Bound for Glory” or “Love Thing” whenever the band plays them.

By 1982, though, the Stanton Anderson Band needed a break. The stresses of trying to land a record deal, combined with changes in Long Island nightlife that made it tougher to get regular gigs, made them go their separate ways. But in 2000, something changed.

“What happened is we all wound up at each other's 50th birthday parties,” Luby said. “And all of us, we look at each other and say, ‘Want to get the band back together?’ We looked at each other like we were crazy. But a week later we were on stage. We had four gigs in one weekend. We each took home $60.”

“That’s why we did it again,” Fowler added, laughing, “for the money.”

However, seeing the band perform, hearing the way Fowler and Luby’s harmonies fit together in a way that comes only after singing together for nearly five decades, it becomes clear that they bring something special out in each other.

“When we started again, we just said we’d do a few more shows,” Fowler said. “Next thing you know, it’s 19 years later and here we are.”

During rehearsals, Fowler often pulls out a legal pad to scribble notes about arrangements or ideas about setlist changes. In addition to playing guitar, Pecoraro mans the soundboard and the cameras that record the rehearsals, as the band continues to look for ways to improve.

“We continue to try to write or go back and look at old stuff and rearrange it a little bit, reinvent it sometimes,” Fowler said. “We just keep forging ahead because it's fun. It's a lot of fun.”

WHEN|WHERE 8 p.m. Friday, May 31, My Father’s Place at The Roslyn Hotel, Roslyn