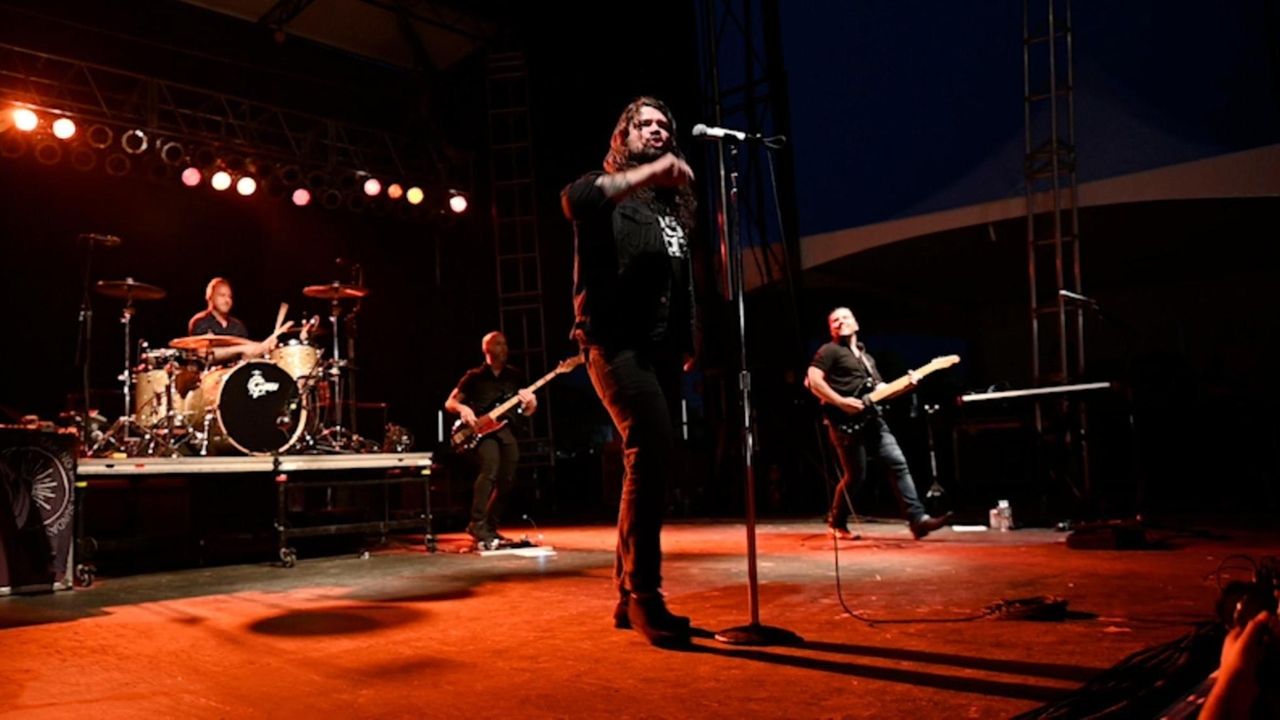 After a global tour that has taken them to six continents this year, Taking Back Sunday finally reached Long Island to celebrate its 20th anniversary by opening this year’s edition of the Great South Bay Music Festival Thursday night.

Though Shorefront Park in Patchogue was hit hard by Wednesday night’s thunderstorms, by the time the festival gates opened Thursday afternoon, the damage had been repaired and the only remnants of the storm were a few mud puddles. And though there were storm clouds and a little bit of drizzle during opening day of the four-day festival, the rain held off for most of the seven-hour event.

“The rain held off,” Taking Back Sunday singer Adam Lazzara said. “Can you believe it?”

The Long Beach-based band roared through its classic “Tell All Your Friends” album, punctuated with Lazzara’s Long Island stories. The crowd packed against the barriers screamed along with every word, the intensity showing why the band is the youngest ever inducted into the Long Island Music Hall of Fame.

Maybe all the great indie rock, curated by Taking Back Sunday, kept the downpours at bay.

“We are honored to play in front of you,” said Glassjaw singer Daryl Palumbo.

Philadelphia punk rockers The Menzingers debuted their catchy new single “Anna,” from their forthcoming “Hello Exile” album, with singer-guitarist Greg Barnett saying the band could “breathe a sigh of relief” after they successfully played it in public for the first time. New Jersey’s Frank Iero showed off his new band The Future Violents on the main stage and his powerful new album “Barriers.”

Bellmore’s Whatever We Are opened the main stage with a half-hour set of what they call “genreless” music, a catchy mix of rock, rap, pop and dance music powered by the band’s four singers and rappers. Not only did they roll out their new single “Limbo,” but they also offered a sneak peek at the new song “Voices,” which they plan to release before they hit the road with rapper Witt Lowry in September.

Long Beach’s Ian Kenny of King Neptune promised that the band’s upbeat “Tangerine,” a highlight of the band’s half-hour set, would be released as a single soon.

“It’s so exhilarating and motivating to be a part of this,” said singer Gabrielle Ross of Whatever We Are, as she watched Glassjaw’s set.

“It kind of feels like we may be part of the next wave,” added Whatever We Are’s singer-guitarist Ian Biggs.