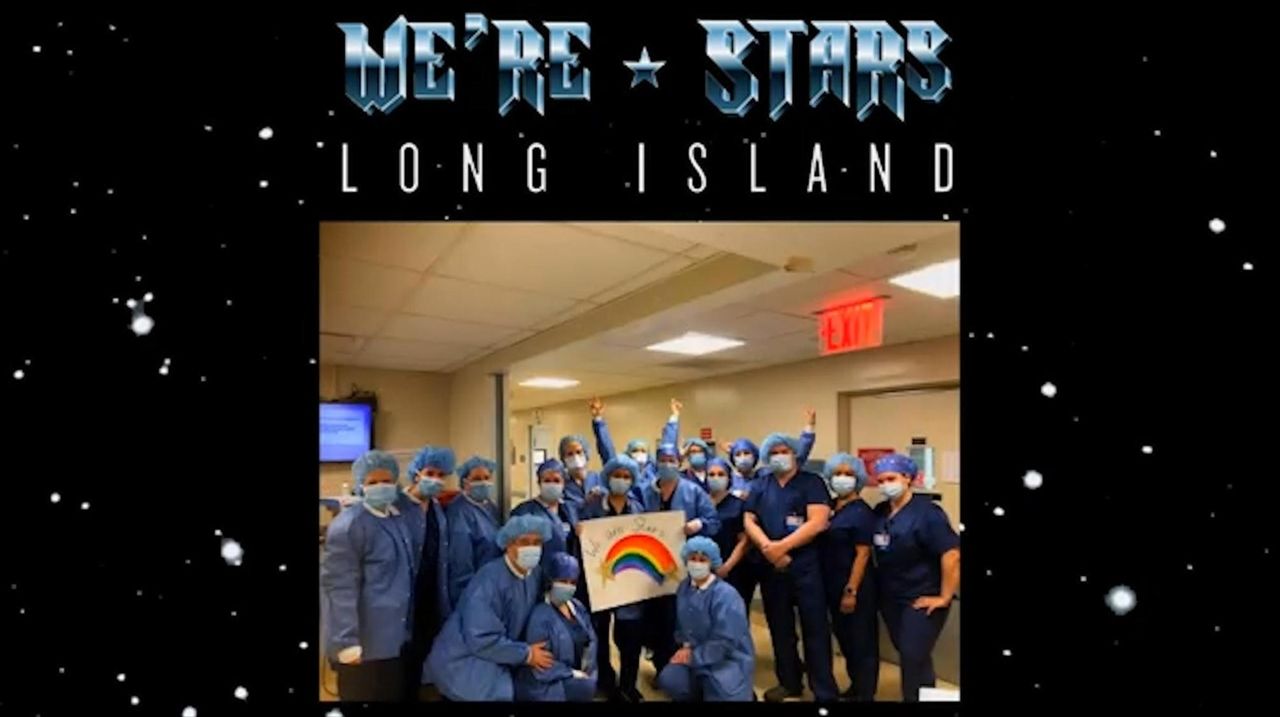 “We want people to have a sincere appreciation for what the front-liners are doing out here on Long Island,” says executive producer and drummer Corrado Mazzuca from Hellgate and Foreign Journey. “This song is our way of saying thank you to them for helping to keep our family and friends alive.”

After last month’s “We Are The World” remake by Long Island cover bands drew more than 600,000 views, the region's rockers felt it deserved a sequel with images from Northwell Health’s North Shore University Hospital in Manhasset and Stony Brook University Hospital.

“This song has a ton of singers and guitar players in it,” says Mazzuca, who developed the concept with Rob Borra. “We picked the cream of the crop.”

The song, which was mixed and mastered by Pete Pizzo of Crescent Sound Studios in Farmingdale, features a dozen singers crooning for a cause.

“I was really honored to have been asked. This is a once-in-a-lifetime thing,” says singer Michael Ledesma from Head Games, Rock of Ages and Rubicon. “It’s a scary time and we are doing this to show solidarity to everyone.”

Mike Tirelli from Rising Five and Messiah’s Kiss had the monumental task of taking on the vocal duties of the late Ronnie James Dio, who co-created the original version.

“We want to uplift the front-line workers with this song and let them know that we support and love them,” he says. “These people are a special breed. I could never do what they do.”

The song has a medley of guitar solos from players such as Damiano Christian (Ozzy America, Rock of Ages, Head Games), Eric Presti (Jessie’s Girl) and Sean Tarr (Bonjourney, Double Vision), running for over 1½ minutes in the middle. Each axeman puts their own spin on the track.

“I want this song to give people a sense of normalcy, good will and togetherness,” says guitarist Jake C. Miller of Completely Unchained. “Our message to those on the front line, facing the virus on a day-to-day basis, cannot be heard loud enough.”