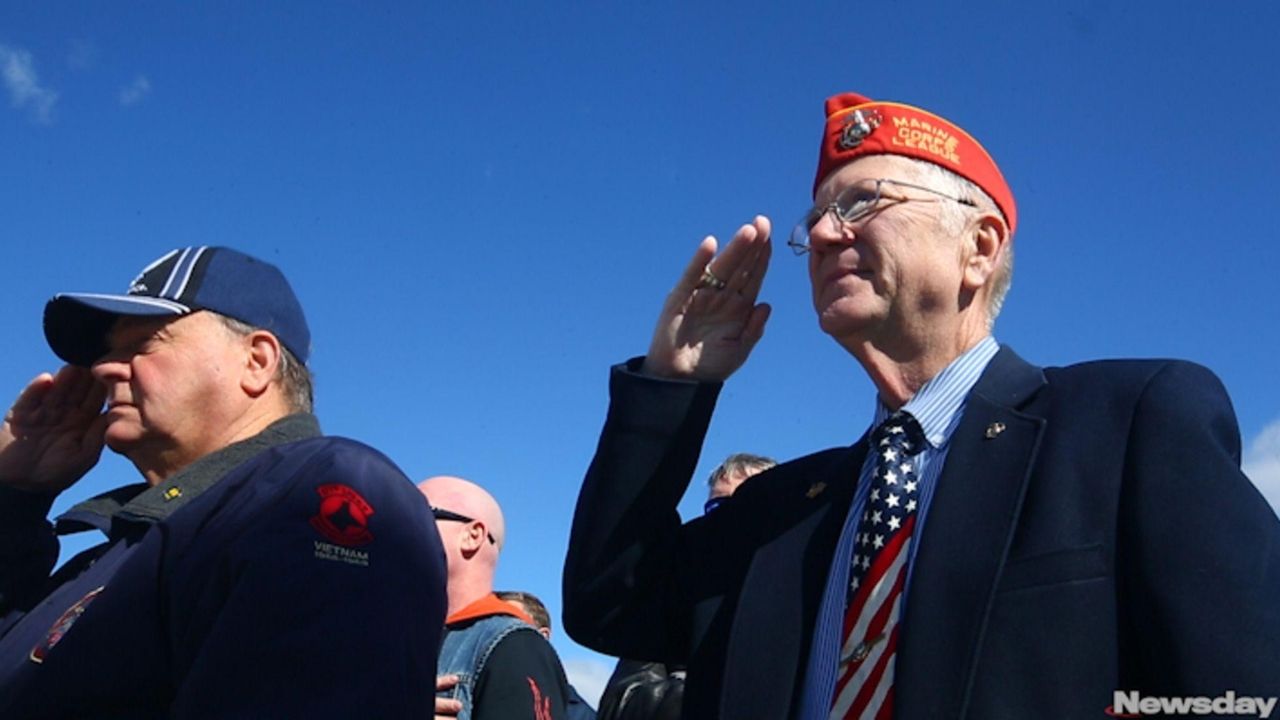 On Saturday, April 8, 2017, veterans from several wars joined Nassau County Executive Edward Mangano and other officials at the unveiling of a memorial to veterans at the renovated Nassau Coliseum in Uniondale. Mangano said that the flame represented the "eternal gratitude of our county for your service." Credit: Newsday / Christopher Ware

The Nassau Coliseum has had “Veterans” in its name since it opened in 1972, but until now, the primary tribute to veterans was only a plaque on a boulder.

On Saturday, dozens of veterans watched as officials dedicated an eternal flame surrounded by water that flows through and down a dark granite oval outside the newly renovated arena, now known as NYCB Live’s Nassau Veterans Memorial Coliseum.

“It’s about time, especially with the name of the Coliseum,” said Peter O’Rourke, 67, of Bay Shore, who served in the Army in Vietnam in 1969 and 1970. “This is a striking memorial — the flame in the water. I’m impressed. They did a fine job, and I really appreciate it.”

Shortly after the ceremony, thousands attending an open house explored the Coliseum, which debuted Wednesday with a sold-out Billy Joel concert after a $165-million renovation.

Eli and Laura Fishman of Rocky Point liked new decorative touches, such as wood-design paneling on some corridor walls, modernized concession stands and a fresher look throughout.

“It had definitely been rundown,” said Laura Fishman, 37, as she sat on one of the 13,900 newly installed seats.

The old arena had 16,700 permanent seats. Reasons for the loss of nearly 3,000 seats include a new corridor that winds around the arena between the upper and lower levels, to improve flow, and more leg room for spectators — changes that visitors Saturday praised. They also liked the larger, higher-quality hanging scoreboard.

But Lenny Riddick, 54, of Uniondale, said he had been expecting a dramatic redesign.

“The outside looks very modern,” he said, referring to 960 aluminum fins on the exterior that were designed to evoke Long Island’s shoreline. “But the inside was a letdown. The seating looks basic.” 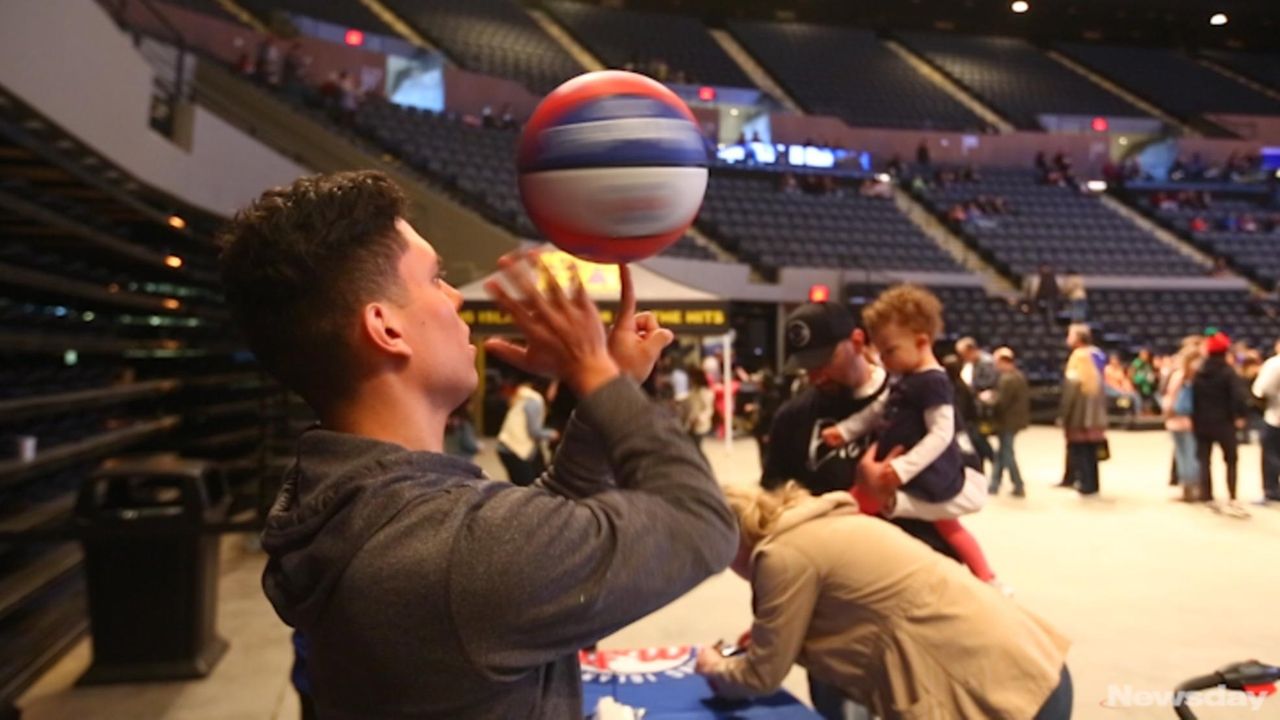 Not everyone who arrived at the Menzel concert left happy. A curtain put up for the concert meant a few hundred ticket holders had seats with obstructed views and were given the choice of getting another seat or a refund, said Mandy Gutmann, spokeswoman for the Coliseum’s operator, Brooklyn Sports and Entertainment.

She said incidents like that are common in arenas nationwide but added that “we’re re-evaluating our operations from last night and making adjustments” to help prevent future problems.