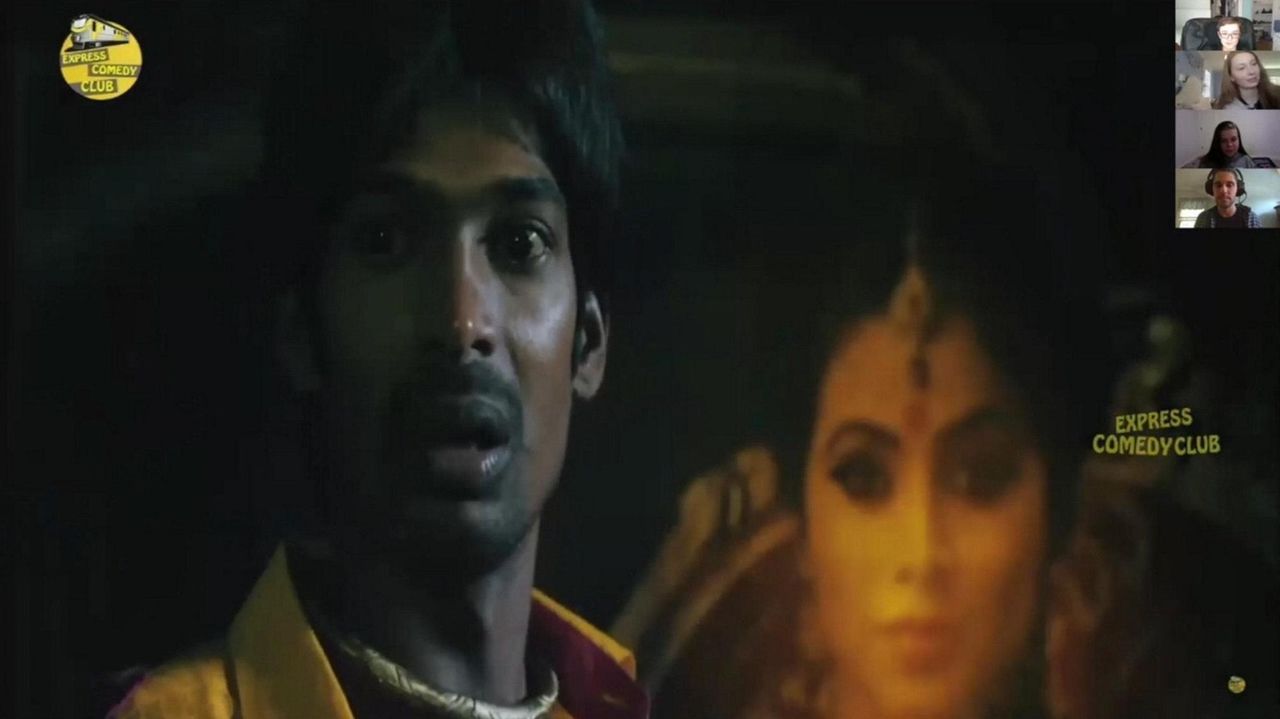 Broadway’s footlights are temporarily dark, but the Great White Way’s spirit remains bright. Two new virtual programs are offering interactive experiences with some of its artists from Long Island and elsewhere, ranging from one-on-one lessons to auditions before casting directors and chats with cast members from popular shows.

Those participating in the two programs — Broadway Plus VIP services for adults and Broadway From Home for children — are actors, musicians and dancers from “Wicked,” “Hamilton,” “Mean Girls, “Chicago,” Dear Evan Hansen,” “Beetlejuice,” “Hadestown,” The Lion King,” “Fiddler on the Roof” and “Waitress.” Two of those talents include Southampton’s Jonathan Freeman, who plays  the evil sorcerer, Jafar, in “Aladdin” and Manhasset ‘s Perry Sherman, an understudy for several characters in “Fun Home.”

Broadway Plus (broadwayplus.com) is a concierge service that helps make dreams come true by providing personalized, bespoke experiences at award-winning shows such as in-person meet-and-greets and tours with top actors and actresses. Broadway From Home is an online-based classroom where theater students from different countries work together in real time, while being coached by professional actors and musicians.

“With Broadway theaters taking an unexpected intermission, we’ve pivoted to ensure the spirit of Broadway and the joy and love for theater can continue on by bringing our experiences online,” says Nathaniel Hill, founder and president of Broadway Plus. “We have this new opportunity to bring Broadway to people all around the world — from fans who have seen every show, to those who have never been able to visit New York.”

Its new virtual offerings include meets-and-greets with cast members, private voice, acting and dance lessons and video personalized messages from stars that can be sent to that special someone in your life.

Freeman, 70, who teaches voice, acting and puppetry workshops for Broadway Plus, says the program is a “great idea” for the current times. “You can be connected to Broadway artists that you might not otherwise have the opportunity to meet, speak with directly, and ask all the questions you’ve been wanting to ask,” says Freeman, who also voice Jafar in the 1992 film "Aladdin." “It can meet the need for immediacy, especially in these disjointed times. “

The Broadway Plus roster includes more than 40 stars who are available for the 30- to 60-minute experiences, including Erika Henningsen of “Mean Girls’’ and Alex Brightman, a Tony nomination for playing the title role in "Beetlejuice." Prices vary depending on the experience, but generally run from $50 to $500.

Broadway From Home (bwayfromhome.com) is an online-based classroom where theater students ages 8 to 18 are coached by professional actors and musicians.

“Every day, my laptop becomes a theater stage where kids come together to learn acting, singing and dancing,” says actor Harley Harrison Yanoff of Manhattan, co-creator of Broadway From Home with actress Tess Primack. “The screen lights up with incredible actors from Broadway and Hollywood who are usually on stage six nights a week in New York or filming in Los Angeles. We are all sharing this experience together.”

Kids can also perform for casting directors and agents and learn improv and how to write for the stage. Classes range from $19 to $39 per session and a portion of all proceeds will benefit The Actors Fund, which provides such services as emergency financial aid and affordable housing to the entertainment community, as well as City Harvest, a food rescue organization. Both are based in Manhattan.

Sherman, 31, who went to Manhasset High School and was a big part of the theater community there, says he wishes a service like Broadway From Home had been around when he was growing up.

“The teachers are young, working professionals and the community that this program has created by connecting kids with similar interests is so important,” says Sherman, who teaches acting and improvisation and does voice coaching for the program. “It's the highlight of their day, and honestly, ours too. The students take the classes very seriously.”

Yanoff, who has appeared on and off-Broadway and in the 2016 Disney film "The Finest Hours," also runs a Weston, Massachusetts-based summer workshop for kids. He notes that a connection to the theater can be helpful during this time of social distancing. “Theater is something that brings people together,” Harley says. “We want to keep the joy and love of theater as alive as ever.”