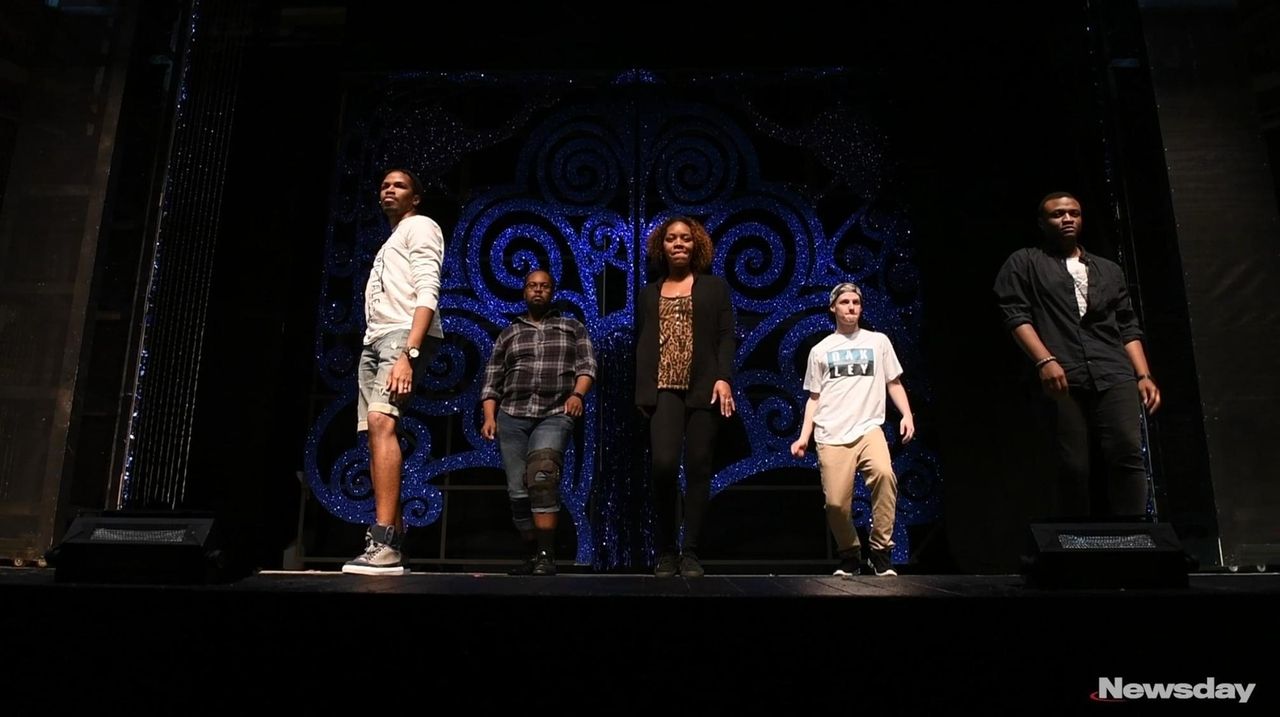 There are more productions on Long Island that call for black actors, singers and dancers. Two up productions are "Dreamgirls at the Smithtown Performing Arts Center, and "HAIRitage" at  and Theater 294 in East Farmingdale. Credit: Newsday / Thomas A. Ferrara; Bruce Gilbert

North Babylon-raised playwright Niccole Nero Gaines presented her play “HAIRitage” on Long Island six years ago, and now the comedy drama starring six black women is coming back to Long Island at a time when diversity is finally having a moment on local stages.

“To give local actresses that grew up the way I did on Long Island a platform to show their talents, that feels refreshing,” says Gaines, a North Babylon High School graduate who is in her 40s and currently lives in Bedford-Stuyvesant and Wheatley Heights.

“HAIRitage” will be performed this weekend at Theater 294, a multicultural performing arts venue in East Farmingdale founded in 2014 by Marlo Roberson of Copiague.

“Prior to this there weren’t that many roles for us. They were doing a lot of standard plays and a lot of the productions didn’t have many African-American parts in them, at least on Long Island,” Roberson says. He’s doing a cameo role in “One Woman Man,” a comedy-drama he wrote with Jamal Blair of Copiague, which debuts next month at Theater 294.

Audiences can also see a diverse cast in “Dreamgirls,” a classic musical about an all-black singing trio at Smithtown Performing Arts Center. And a Long Islander of Haitian descent will be among the solo storytellers spinning Long Island-set yarns May 19 at The YMCA Boulton Center in Bay Shore.

Here are four theater productions that reflect some of Long Island’s racial diversity in casting, subject matter and creative teams.

Two Long Islanders are among the all-African-American female cast in what Gaines calls “a dramedy” about how women “are perceived a certain way by how they wear their hair.” The actresses don a variety of wigs to dramatize stereotypes such as “the dreadlocks hair sistah, who is assumed to be vegetarian and holistic and smokes marijuana just by how she looks,” or the “militant, nonconformist and aggressive” black woman who wears an Afro, Gaines says.

The play’s message, she adds, is “about loving how you choose to wear your hair.”

WHEN  |  WHERE Through June 17 at Smithtown Performing Arts Center, 2 E. Main St.

After a successful run in September at The Noel S. Ruiz Theatre at CM Performing Arts Center in Oakdale, the Tony Award-winning smash about the rise of an all-black R&B girl group is transferring to Smithtown with a number of cast members from the original production.

Crystal Fauntleroy, of Bay Shore, returns as Effie, who belts out the showstopper “And I am Telling You, I’m not Going.” “She is amazing and it [“Dreamgirls”] was actually her first show,” says director Ronald Green of Brightwaters. Green says the ease at casting the musical’s more than two dozen roles with local performers is a sign that the Island has a strong talent pool.

A married man climbing the corporate ladder while fighting the temptation to cheat on his wife is the subject of this new comedy-drama written by Westbury High School alumni Marlo Roberson, 40, of Copiague (Theater 294’s artistic director) and longtime friend, Jamal Blair, 30, of Copiague.

The play’s African-American hero, Alonzo, is based on the playwrights’ personal experiences and their observations of other couples, says Roberson, who has a cameo as a waiter. “It’s not just a play about a guy cheating, it shows the trials and tribulations of relationships.” Roberson says. “We give you a better understanding of why guys do what they do.”

Comic-actress Marie Faustin, 28, of Flatbush, will be among six storytellers relating incidents from the lives that happened on Long Island. Faustin’s yarn involves her overprotective older brother, “strict and paranoid” Haitian immigrant parents who didn’t allow her to date, and the platonic male friend who came to their Huntington Station home to show off his new car.

“It’s a funny story about all the things that happened on the street that night,” Faustin says.

LI couple (plus his ex and her fiance) featured on new reality show
LI 'Voice' champ Rubin to perform at Splish Splash
Spielberg's Amblin to make several films a year for Netflix
'Fatherhood': Kevin Hart shows off his dramatic acting chops
1:39
Conan O'Brien, an unlikely Theodore Roosevelt fan
1:39
Who knew? Conan O'Brien is a huge Theodore Roosevelt fan
Didn’t find what you were looking for?