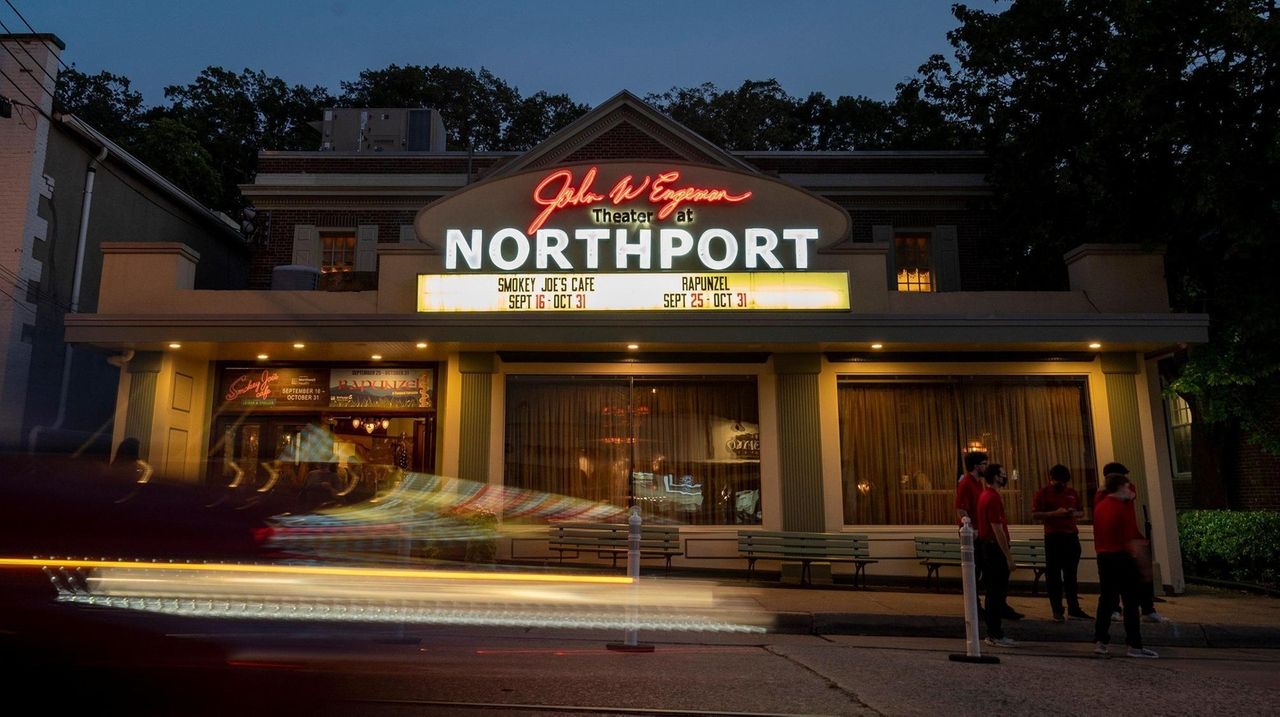 Northport police, in a statement on Facebook, said the cast member, who was not identified, informed the theater staff "they were subjected to racist comments." However, the cast member did not wish to file a police report, the statement said, adding that the department will "conduct its own investigation."

"One of our cast members was walking up the block from the theater and someone hurled a racial slur at them. It was very hurtful to this person," O'Neill said.

The person who said the N-word was a white male and a complete stranger to the actor, according to O'Neill.

The actor returned to the theater and informed management and the other members of the predominantly Black cast.

"The decision was made for the show not to take place [Sunday] night," O'Neill said. "They were all pretty distraught about it, and understandably so, and we support our cast a million percent."

The theater, on its Instagram page, said: "Words cannot begin to express the deep sadness and disappointment we felt in learning of a racist incident outside our own theater today. We are disgusted that this happened and stand in strong support of all our cast, crew and staff."

Performances are scheduled to resume Wednesday night and continue through Oct. 31. Proceeds from tickets sold for Wednesday's performance in the wake of Sunday's incident will go to a cause chosen by the cast, officials said.

O'Neill said that within a minute of the Instagram post, Northport Chief of Police Chris Hughes contacted him and offered the department's full support.

The police department said it "condemns any use of racially motivated speech or behavior" and asked anyone who could help investigators to call them at 631-261-7500.

On Monday, Northport Mayor Damon McMullen and trustees Tom Kehoe, Ian Milligan and Dave Weber issued a joint statement condemning use of the racist slur as well as other hate-fueled incidents that have occurred in the village.

"We as a community have recently experienced several acts of bigotry and hate that must be confronted and condemned in the strongest terms," the statement said.

Referring to those other acts, which included swastikas scrawled on an Ocean Avenue playground and at the home of Northwell Health's CEO, the mayor and trustees said "none of these are acceptable nor should they be tolerated."

The Village Board said it has reached out to the group, Not In Our Town, which works to stop racism; the East Northport Jewish Center; and O'Neill, and plans to organize a public vigil against bigotry.

O'Neill said no similar incident has taken place since the theater opened in June 2007 with "Smokey Joe's Cafe."

"Northport has always been very welcoming and embracing to our cast members regardless of their color, whether it's restaurants hosting them or people putting them up," he said.

This is the second time this month that a performance of "Smokey Joe's Cafe," a nostalgia-filled musical featuring songs by Jerry Leiber and Mike Stoller, such as "On Broadway" and "Love Potion No. 9," was canceled.

The theater shut down the previous weekend after a cast member tested positive for COVID-19 shortly before the Oct. 1 show. Performances resumed last Wednesday after all cast, crew and staff members were retested twice and all of the results were negative.

Northport's John W. Engeman Theater reopens with 'Smokey Joe's Cafe'Northport's John W. Engeman Theater reopened this month with its first mainstage musical since being shut down by the coronavirus pandemic in March 2020, with an encore presentation of "Smokey Joe's Café," which was performed in 2007 when the theater first opened. Marissa Sarbak reports.