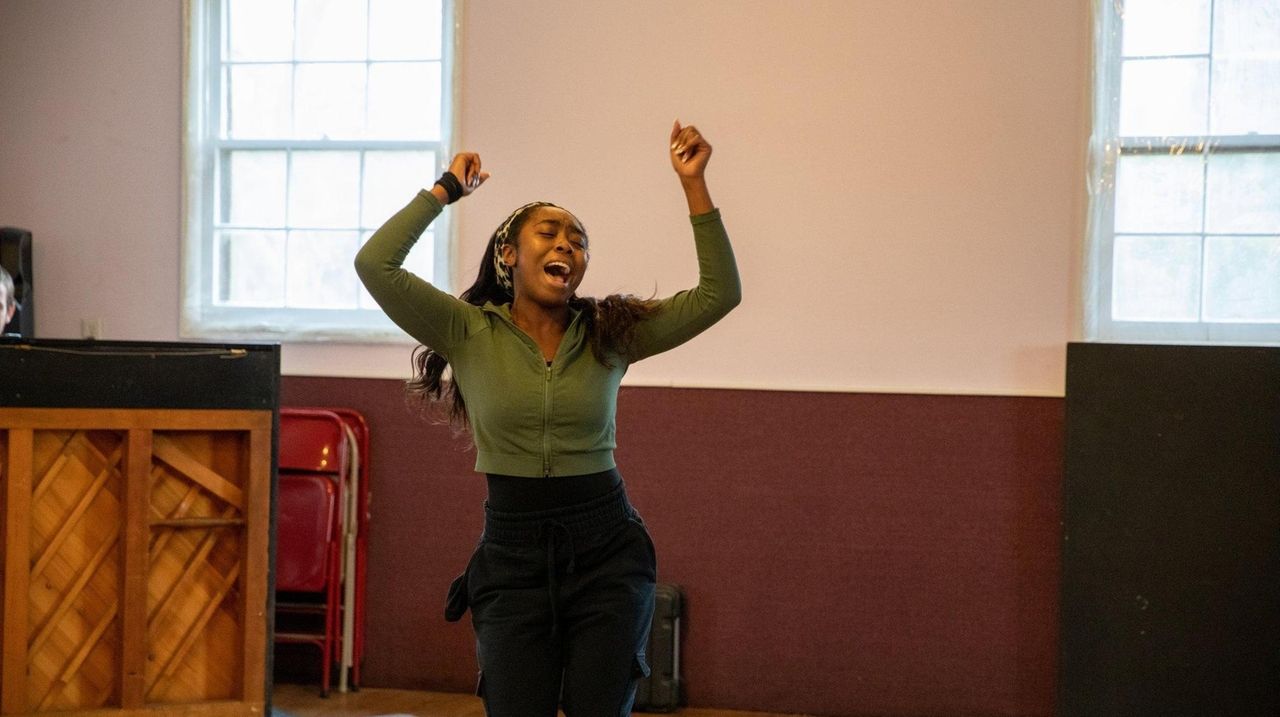 Gateway Playhouse is hosting 32 students from U.S. colleges in The Growing Studio's LINK program, which has helped launch many Broadway careers. Some of those involved spoke about it on Sunday. Credit: Morgan Campbell

The stage has been dark at Gateway Playhouse since March, but for the next week or so, the Bellport theater is about to be illuminated by the electricity coming from what could be the next generation of Broadway’s brightest lights.

Gateway is playing host to 32 students from colleges across the country to participate in the LINK program, an intense 10-day workshop created by The Growing Studio, a New York City-based performing arts school. From Sunday through Jan. 12, aspiring singers and dancers will attend musical theater workshops at Gateway's rehearsal studios taught by Broadway professionals including choreographer Josh Rhodes and Tony Award winner Kathleen Marshall.

"Many students end up going into Broadway shows right from the program," said Danny George, acting CEO of The Growing Studio and executive director of LINK. The school also does recruitment and casting for more than 150 regional theaters, including Gateway, George said.

The 16 singer-actors and 16 singer-dancers selected for the LINK program are typically nominated by faculty members at their college and chosen by scouts from The Growing Studio who visit campuses. This year, the nomination process was the same, but selection came from more than 800 video submissions. Students pay a fee to attend though some have earned scholarships.

"We’re always looking for something extremely unique in each student," said George, who emphasized that musical talent isn't always enough. "Sometimes they are the most charismatic individual you’ll ever meet. And you know that no matter what, they are going to climb their way into being the star they were mean to be. We’re looking for that 'it' quality."

Students have been quarantined at Gateway since Dec. 26 and were required to test negative in their hometowns on Dec. 23. They were retested upon arrival at Gateway and again on Sunday.

A typical day at the "Broadway boot camp," as George describes the program, begins at 8 a.m. with a 60-minute vocal and physical warm-up. A series of 2- to 3-hour classes in dance, song and even a television and film workshop stretch until 8 p.m., with a 15- to 30-minute lunch break thrown in.

"Then they have to learn all of the sides [lines] and music for the next day," George said.

The culmination of the program will be an industry showcase starring the students that will be streamed on Jan. 10 on The Growing Studio's Facebook page. The last two days of the program will see students meeting with industry agents. And from there, anything can happen. Past participants have landed roles in upcoming productions of the Michael Jackson bio "MJ the Musical" and "The Music Man," which had been slated to open on Broadway before the pandemic shutdown.

The program's biggest success story would be Shereen Pimentel who played Maria in a revival of "West Side Story" that had opened just three weeks before the Broadway lockdown. "My career took a step in the right direction, then multiple steps in the right direction within a year," said Pimentel, 22, who was in the initial LINK program in 2019 and this year is a staff member. "The end result of this for so many extremely talented people across the country is realizing a dream and really being able to achieve things that people tell you will take a really long time."

It's all pretty daunting, said Dominic Dorset, a junior at the University of Michigan, but no one attending is afraid of the hard work. "It's what we all signed up for and what we all want to do, even if we have to make sacrifices like going to bed at 9:30 or not hanging out with friends so we can go over a song," he said. "It is well worth the work."