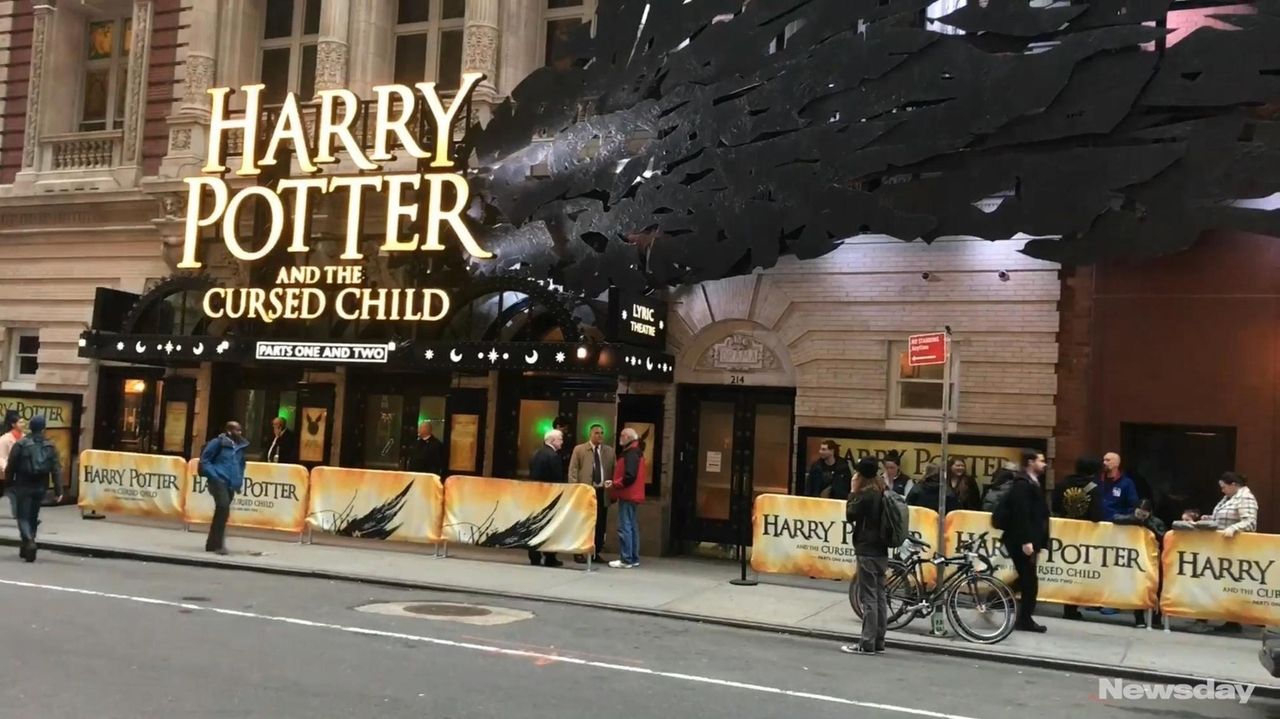 Long Islanders who scored tickets to “Harry Potter and the Cursed Child” previews on Broadway called the show — which officially opens April 22 — “mind-boggling,” “amazing” and “breathtaking.”

Theatergoers said they were especially astonished by the magic brought to the stage. “I could not believe how they pulled it off. I wasn’t expecting it to be so amazing. It was breathtaking,” says Sarah Fanwick, 31, of Oceanside. “It’s really worth seeing.”

Zoe Peleti, 28, who grew up in Ronkonkoma and now lives in Astoria, attended with her twin sister, Emily. “We’re sitting in the first row of the theater,” Zoe Peleti said. “We can’t even tell how they’re doing it sitting that close to the actors. It’s really fascinating.”

Echoed Donna Smith, 65, of Coram: “The technology, the acting, the movement, it totally drew you right into the story and was absolutely mind-boggling in terms of what they were able to do and put on the stage.”

Fanwick calls herself part of “the Harry Potter generation.” She grew up reading the series of seven books and was a member of a club at Stony Brook University called Dumbledore’s Army. “It was such a big part of my childhood,” she said.

The new show continues the story 19 years later, focusing on a now-married Harry Potter and his middle child, Albus Severus. The play runs in two parts, seen either on consecutive nights or over the course of an afternoon and evening in one day. Fanwick saw the show on Tuesday and Wednesday nights, wearing a maroon and gold Gryffindor scarf and a necklace with a snowy owl charm to each performance. “The cast is really on point, they’re really believable,” Fanwick said. “It’s really a story about friendship.”

Fans were reluctant to elaborate on specific details about the stage show — since it originally opened in London in the summer of 2016 there’s been a movement called #keepthesecrets so that spoilers don’t ruin the surprises for others. Ushers were distributing buttons with the hashtag at the end of each of the two parts.