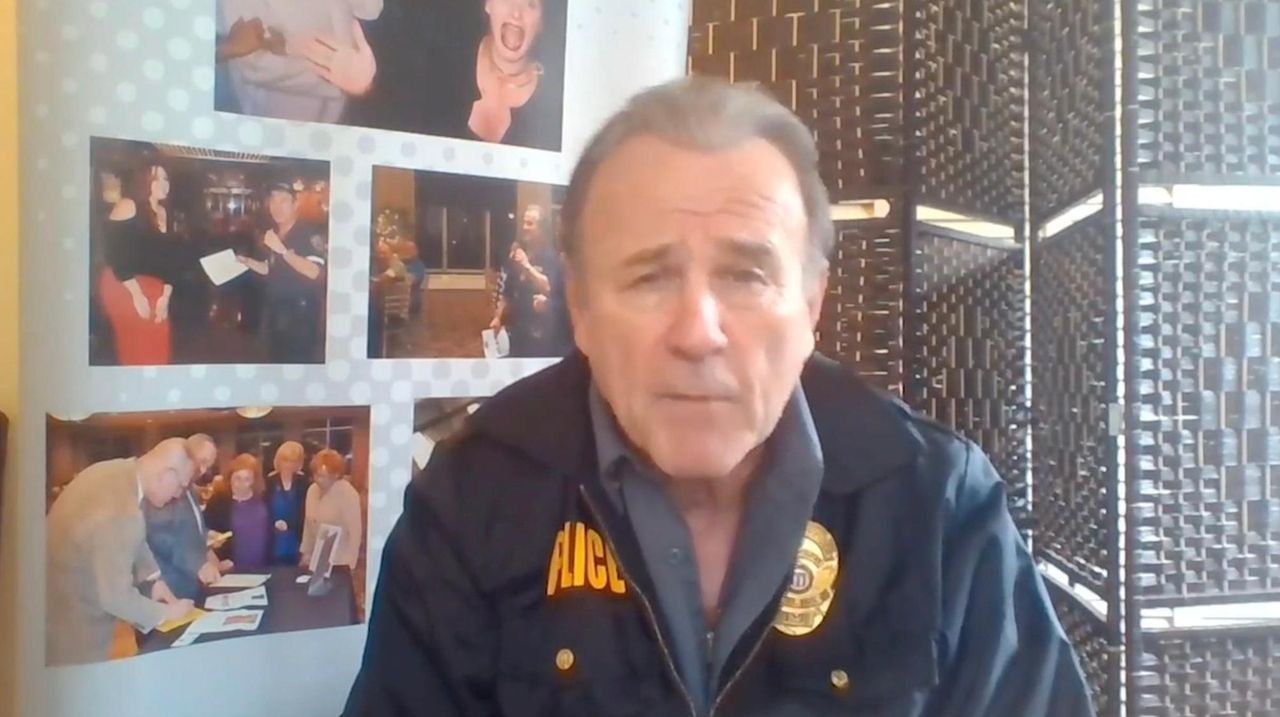 The Killing Kompany of Levittown is hosting a virtual comedy murder mystery on Facebook for those quarantined during the coronavirus pandemic. Credit: Jon Avner

Pretend to be Sherlock Holmes from the comfort of your home while danger lurks from inside your computer. While shut in because of the coronavirus, Long Islanders can figure out “whodunit” in the Killing Kompany of Levittown’s Virtual Comedy Murdery Mystery Show on Facebook.

“We cannot perform all our shows at the moment, so we created this free online version,” says owner/creator Jon Avner, who portrays Lt. Michael Dorsey. “This is our way as artists to give something back to the community while we are not working.”

Usually Killing Kompany’s murder mysteries, which have been playing on Long Island since 1993, are held at a restaurant over the course of three hours and include dinner. For the online "Murder at the Family Reunion," each day clips featuring 10 live professional actors are posted as the story progresses over the next few weeks. Participants can join in at any time and start from the beginning because all the videos remain on the site.

“Act one begins with a safety announcement from Lt. Dorsey,” says Avner. “Then you meet the potential victims, suspects and killers.”

The plot unravels as therapist Dr. Miranda Jenn, played by Rori Nogree who grew up in East Meadow, tries to reunite this dysfunctional family on her TV show. Things go awry when a shot is fired.

“We write the script as it goes along and the show is interactive,” says Avner. “The audience can post their comments as to what they think happened, who they believe got shot and whether they are alive or dead. If we get enough votes as to what they want to happen next, we will create that scene.”

Killing Kompany makes it a point that no show is ever repeated.

“We do a brand new show every time,” says Avner. “Nobody ever sees the same show twice.”

The tone of these shows range from dramatically serious to over-the-top comedic to whimsically musical but always remain tasteful.

“Each performance is about a PG-13 rating,” says Avner. “There’s no obscenity or nudity but there are double entendres.”

“She’s always hysterical or crying because she’s pregnant,” says Savoia. “Her daddy is threatening to kill Brendan if he doesn’t marry her.”

Darin Chumbley of Manhattan takes on the role of Gareth Pursehouse, ex-boyfriend of Dr. Jenn who works as her secretary. According to Chumbley, performing directly into the camera without having the energy of a live crowd to feed off can be a bit of a challenge.

“With an audience you have that instant connection and response. Here we are isolated so the key is to keep it as real and in the moment as you can by thinking about the overall picture,” he says. “It’s almost like working with a green screen where you are reacting to something that’s not actually there.”

Donna Thorne, portrayed by Ria Alexander of Queens, is the peacemaker of the family.

“She’s the family glue that tries to keep everyone together,” says Alexander. “Donna is very upset with her sister Emily. She feels that Emily is a self-absorbed, gold digger who stole all of the family money. They are NOT friends.”

Those who are enthralled by the murder mystery genre are known to be a special breed.

“You have to be open minded with a little sadistic streak in you in a fun way,” says Alexander. “We typically draw an intelligent crowd because the show involves investigative work.”

Winners are given prizes and some participants can even volunteer to be guest suspects emailing in their own video segment.

“Sometimes participants come up with material that’s better than anything on TV,” says Avner. “But, I can promise in the end, good always triumphs over evil.”