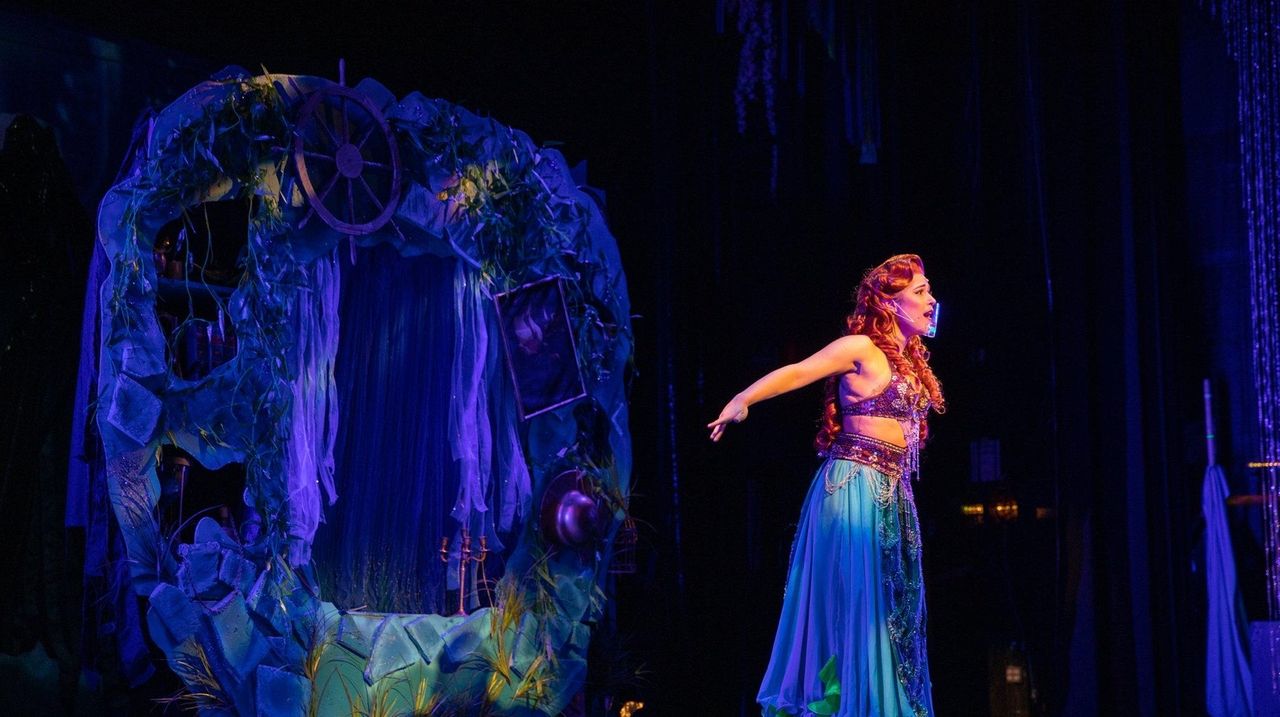 "You’re thinking you’re through, that nobody cares.

Then suddenly you hear it starting."

So go the lyrics to the title song of the 1970 Charles Strouse musical "Applause." And these days that joyful noise isn’t coming just from the audience.

As Long Island regional and community theaters gradually return from more than a year of pandemic-related shutdowns, audiences, cast members and directors are enthusiastically applauding the return of live shows. After a couple of productions in April, shows coming up in the next couple of months include everything from the reading of a new musical by a local composer to an endearing Broadway comedy and a lesser-known Stephen Schwartz musical. The excitement is palpable.

"It’s like a piece of me that’s been missing," says Steffy Jolin, a performer in cast member of the recently concluded "The Little Mermaid" at CM Performing Arts Center in Oakdale. A lot of people "put their lives on hold," says castmate Jennifer Geissman, "so it’s a little bit of normalcy that everybody desperately needed."

"It’s such a blessing," says Jahlil M. Burke, in the cast of "Children of Eden," opening May 14 at Studio Theatre of Long Island’s BayWay Arts Center in East Islip. "I am truly elated," he says, bemoaning the loss of theater "just as I was starting to make a name for myself." During the first rehearsal, he says, "I had to take a moment for myself and soak it in. … I can’t imagine what it’s going to feel when we’re actually on stage in front of an audience."

For those actually in the audience, it’s almost as thrilling. "It feels great," says Jim Grimes of Shirley, who saw a recent performance of "The Little Mermaid" with his wife, Debbie. It was their first time seeing a live show in more than a year, and they were thrilled just to be out. "It’s great to have that sense of freedom," he says, but the best part is simply getting "to interact with people again."

As to COVID safety issues, audiences don’t seem too concerned. "The audience was off the charts excited to be there," says Deborah Cascio Plezia, artistic director of South Shore Theatre Experience in Lindenhurst, which amazingly produced a "surprise" cabaret that opened on April 2, the first day theaters were allowed to resume under the new regulations. "One person actually cried she was so happy to be back watching a show," says Plezia.

Theater managers are taking COVID precautions seriously. Everyone (including as of now performers unless they’re more than six feet away from fellow actors) must be masked, mostly the clear ones. After a while neither the audience nor the performers notice them. "You just forget they’re there," says Geissman. Other measures include checking temperatures at the door, requiring advance ticket purchases, digital programs that can be downloaded, not allowing people to gather in lobbies, eliminating concessions, and seating the audience in socially distanced bubbles with the rest of their parties.

"We’ve been taking tremendous steps," says Tony Frangipane, artistic director of Cultural Arts Playhouse in Syosset. "I’m like the COVID police here." Audiences generally appreciate all the safety protocols, says Rick Grossman, executive artistic director of BayWay. While noting there is some understandable hesitancy, he says patrons often thank him for "doing this the way you’re doing it and looking out not only our enjoyment but looking out for our safety."

With current regulations allowing only 33% of seats to be filled (up to 100), the economics of staging a show becomes a primary concern, one of the reasons many local equity theaters have yet to resume mainstage productions. "The economics still don’t work with the reduced capacity," says Dylan Perlman, co-owner of the Argyle Theatre in Babylon.

Alyse Nicole Arpino, artistic director at CM, says "The Little Mermaid" was selected because the show, with its Disney creds and inspiring message of acceptance, would appeal to a varied audience. She was right. The production sold out its nine-show run, leading to a livestream of the final two performances. Merrick Theater and Centre for the Arts also plans to livestream its Broadway revue "The Cabaret Café," opening May 14.

Andrew Botsford, president of Hampton Theatre Company, has fingers crossed that the 60-person capacity will be reached for the upcoming A.R. Gurney comedy "Sylvia," which opens May 27. The show was in the final week of rehearsals when theaters were shut down in March 2020, so the company was pretty much ready to go. Other theaters are in similar positions, resurrecting shows that were about to open last year. South Shore Theatre Experience is resuming its production of Agatha Christie’s "A Murder Is Announced," (June 4-12), and CAP will bring back "Parade" (May 21-30). First, though, the theater will put on a world premiere reading of "Vincent" by Plainview composer Matthew DeMaria, a rock musical about the last two years of Vincent Van Gogh’s life.

But the economics were not the only concern for theaters. Grossman says that "Children of Eden," a theatrical treatment of the first Books of Genesis, is about new beginnings, which makes it a perfect piece for the return of theater — as well as the reopening of BayWay after it was taken over by Studio Theatre in September. "It is about starting from scratch, the idea of how we can create something beautiful and new," adds director Tommy Ranieri. Still, selling enough tickets to at least break even is a concern. Grossman is optimistic, noting a recent interview with Broadway star and Actors’ Fund president Brian Stokes Mitchell in which he said that the capacity limits on Broadway "may be a windfall for regional theaters."

It hardly needs to be said that the return of theater after more than a year has been emotional for all involved. "It was such a roller coaster of emotion," says Arpino. Going into tech week, she says, "all of the sudden it would hit you, there was live theater happening again … it brought you to tears."

David Dubin, executive artistic director of Studio, believes audiences will have a similar reaction: "I’m hoping that this will create a resurgence … even people who haven’t gone to the theater in years will realize that it’s something that they missed."

The intermission is over and Long Island theaters are back in a big way with these shows.

WHAT "Children of Eden"

WHAT "The Cabaret Café”

WHAT "A Murder Is Announced”

WHAT "Vincent" and "Parade"