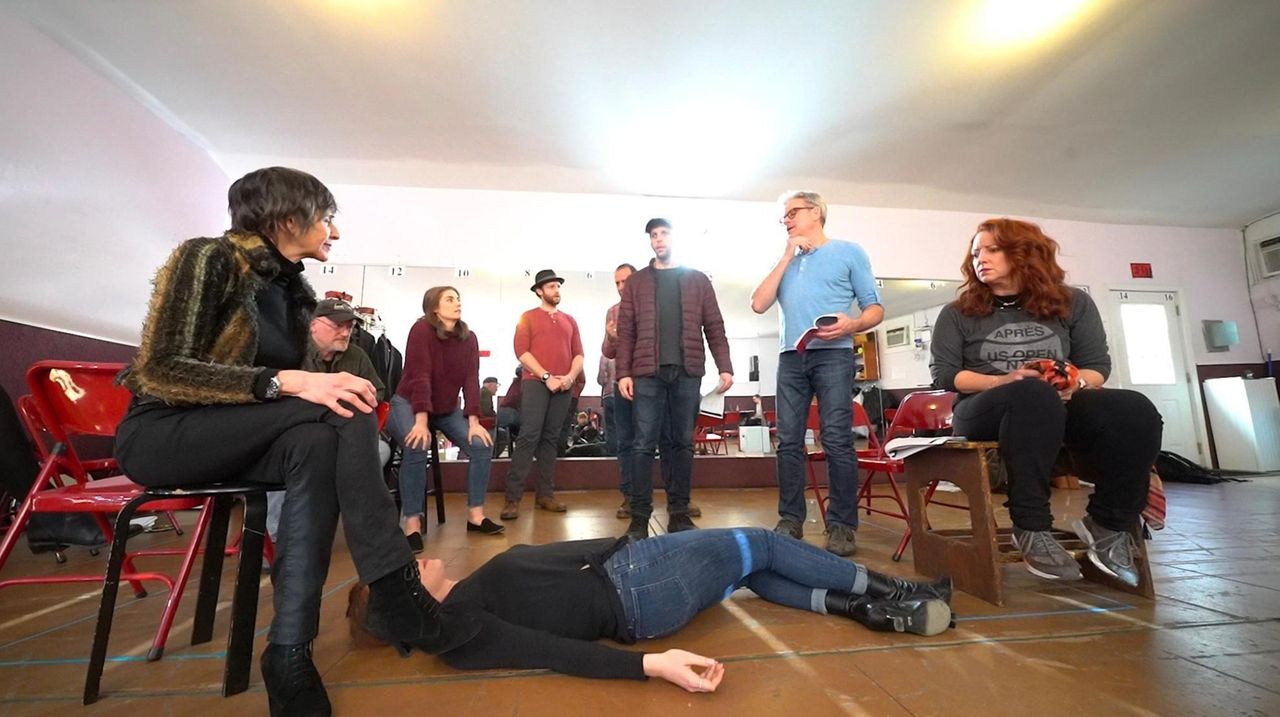 "Murder on the Orient Express" is one of the many murder mysteries taking the stage across Long Island this season. The play will be at the Gateway theater in Bellport from March 6 to 15. Credit: Randee Daddona

It's a valid question as several murder mysteries take the stage at local professional and community theaters, along with sightings of Agatha Christie's two most famous detectives.

Hercule Poirot will be up to his usual sleuthing in “Murder on the Orient Express” at the Gateway in Bellport March 6-15. Then everyone’s favorite busybody Miss Marple can be found in “A Murder Is Announced" at the South Shore Theatre Experience in Lindenhurst March 20-April 4.

“Orient Express” is a departure for Gateway, and part of an artistic “reinvention” after last year's 70th anniversary celebration, acknowledges Scot Allan, director of development and public relations. “We haven’t done a comedy or play in probably 30 years,” he says.

After Shakespeare’s “As You Like It” last month, Christie's classic, recently adapted for the stage by farce master Ken Ludwig ("Lend Me a Tenor"), seemed like a good choice. “It’s not really a comedy but … the characters are heightened in the style of comedy," says associate artistic director Michael Baker. "The movie was much darker.”

Baker adds that Ludwig helped the over-the-top Poirot grow from what people are used to. He’s kept “the nuances of the character … but he’s more likable, and he’s more relatable to people in the audience. “

“A Murder Is Announced” is not one of Christie’s best known works, which is what led South Shore’s artistic director Deborah Cascio Plezia to select it. “We try to do things that aren’t done all the time,” she says. A huge fan of the British novelist (and of the quirky Miss Marple), Cascio Plezia admits the plot, which hinges on a newspaper article announcing that a murder will take place, is a bit convoluted. “But it is fun,” she says, “that’s what I like about it.”

GAME FOR 'CLUE' AND MORE

Even lighter is “Clue: On Stage,” a take on the popular board game to be performed by Carriage House Players later this month. “It’s actually based on the 1985 movie that’s become a cult hit,” says the group’s executive director Evan Donnellan. “It’s very silly, it’s definitely a murder mystery spoof,” he says of the script about a dinner party at which all the guests are being blackmailed. “We thought our audiences would respond well. Everyone has knowledge of the board game.”

In late April, Clare Rose Playhouse in Patchogue is doing “Deathtrap,” a perennial favorite, says director James Carey. Ironically, in his 22 years doing theater, he didn’t see it until last year. “I’d heard about it all the time,” he says, adding that when you talk mysteries beyond Agatha Christie, “the two plays you constantly hear about are ‘Sleuth’ and ‘Deathtrap.' ”

After seeing a community theater production in Scottsdale, Arizona, Carey says he was “legitimately on the edge of the seat.” During a major shocker at the end of the first act, Carey recalls a collective gasp from the audience. “Me and about 85 percent of the audience jumped. We didn’t see that coming.”

Why do mysteries have such enduring appeal? Perhaps it's because audiences delight in trying to solve the case.

“There’s definitely a bit a fun in trying to figure it out, kind of playing along and seeing if you’re right in the end,” says Carey.

“It’s interactive,” says Donnellan. “Audiences like to determine who did it before the characters.”

"It’s all about solving puzzles,” says Cascio Plezia. “People just love trying to figure out what’s going on. They like to use their minds.”

Beyond that, says Baker, “we’re very intrigued by what we don’t know,” which results in the spectators getting completely wrapped up in the show. In truth, he says, the audience becomes “characters in the play.”

WHAT "Murder on the Orient Express"

WHAT “A Murder Is Announced”

WHAT “Clue: On Stage”