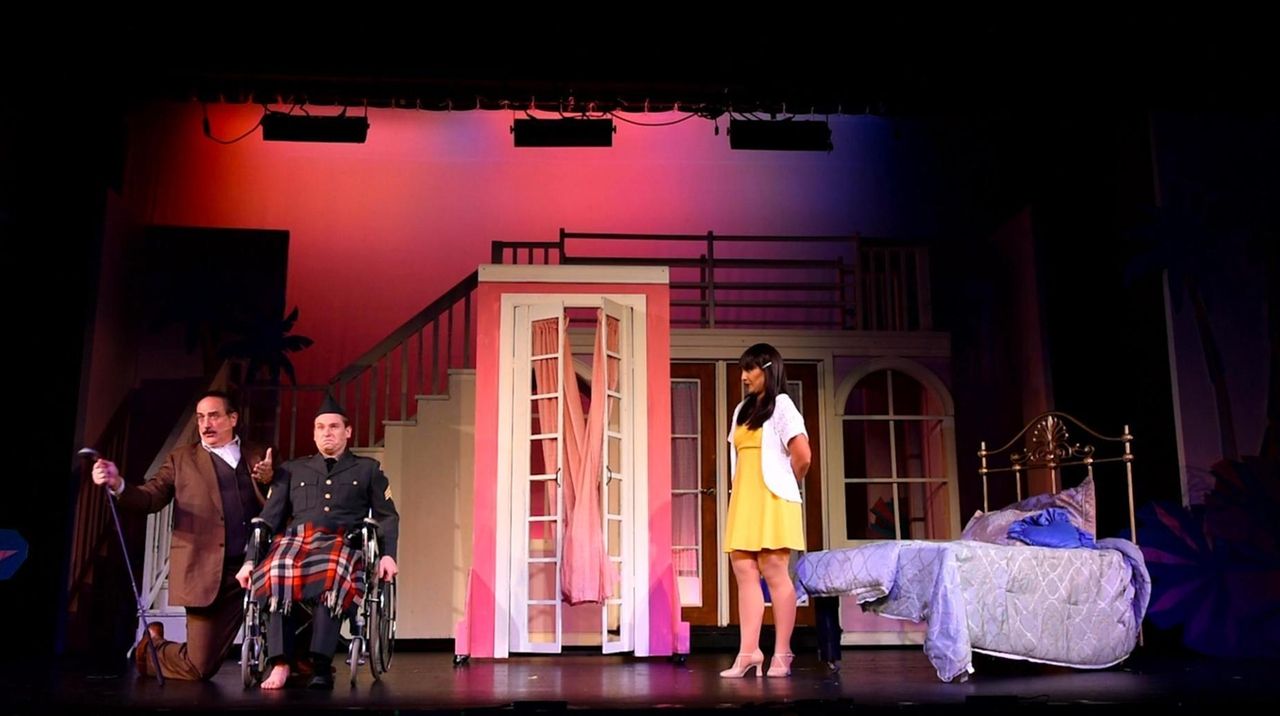 The BroadHollow Theatre Company is performing an adaptation of the 1988 movie "Dirty Rotten Scoundrels" at the Elmont Public Library. Credit: Howard Simmons

Tapping into Broadway’s success at turning blockbuster movies into smash musicals, Long Island regional theatres are going Hollywood in a big way this fall with productions of “Legally Blonde,” “Matilda,” “9 to 5” and “Dirty Rotten Scoundrels.”

Here are shows that also add a touch of Me Too relevance with stories focusing on strong female characters and girl power songs.

THE MOVIE BEHIND THE MUSICAL: The 2001 comedy follows pink outfitted Elle Woods (Reese Witherspoon) to an unexpected Harvard Law triumph.

Elle-ectricity flows through a local production of the Tony-nominated 2007 musical.

“She’s so strong and so smart and powerful, and so many people underestimate her,” said Elizabeth Edquist, 26, of Glenwood Landing, who sings and dances in Elle’s designer sandals in Cultural Arts Playhouse’s production.

THE MOVIE BEHIND THE MUSICAL: “Dirty Rotten Scoundrels” (1988) with Michael Caine, Steve Martin and Glenne Headly as double-crossing con artists.

“I get to put a fake fish in my mouth, walk around in a Coors Light tee-short, swim trunks and Mickey Mouse ears,” Russo said.

Although the gross punchline is cut from Ruprecht’s dinner scene, “the [2005] musical is very true to the movie,” right up to the “total surprise at the end,” said artistic director Laura Longobardo.

THE MOVIE BEHIND THE MUSICAL: The 1980 workplace revenge comedy was staffed by Dolly Parton, Lily Tomlin, Jane Fonda and Dabney Coleman as their overture-making boss.

A 15-piece orchestra, sets hammered together by volunteers, and songs and a prerecorded voiceover by Parton herself power the James Street Players production of the 2009 Broadway musical.

“Everybody loves Dolly Parton’s music,” and the story of “three gals that take over and do well and put down a guy that’s abusive” is relevant to the Me Too era, said Ann Kubik, president of the non-profit community theater group.

THE MOVIE BEHIND THE MUSICAL: The 1996 children’s classic was adapted from Roald Dahl’s fantasy novel.