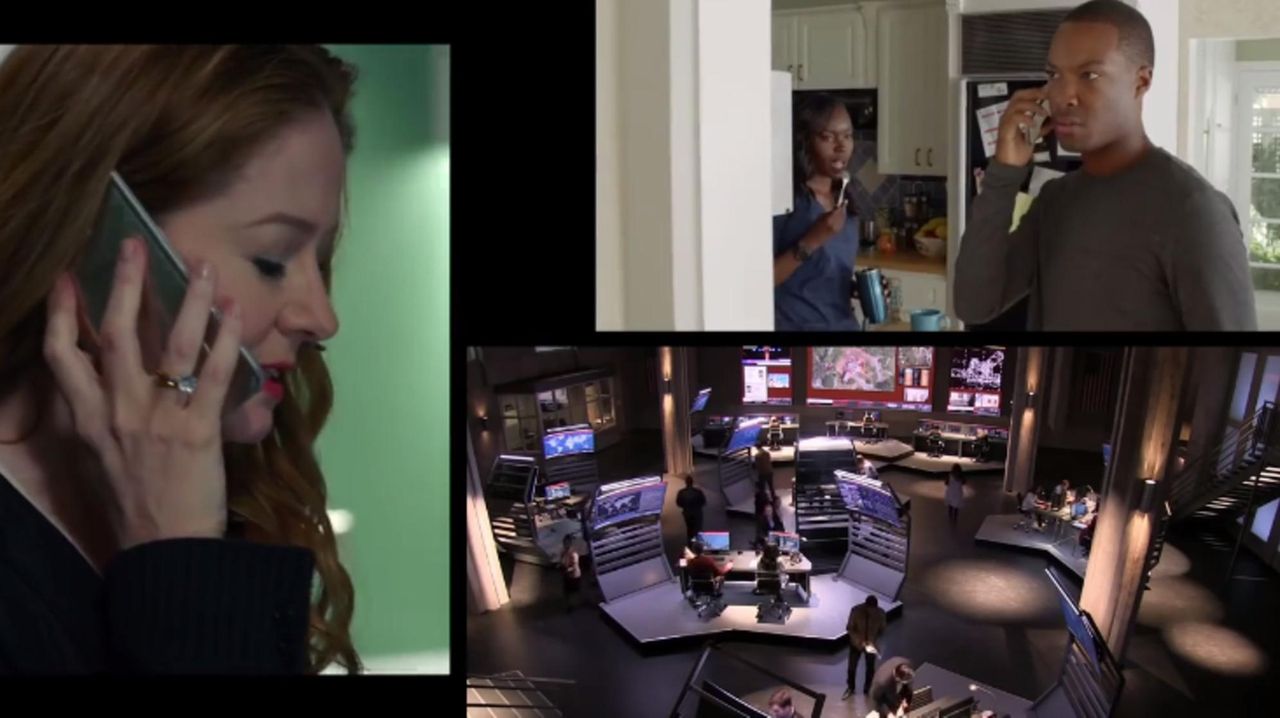 In this sequel, a military hero returns to the U.S., but seeks help from CTU when a plan for one of the largest-scale terror attacks on American soil surfaces. Credit: Fox

WHAT IT’S ABOUT Eric Carter (Corey Hawkins, “Straight Outta Compton”) is an ex-Ranger trying to re-enter civilian life back home in Washington, D.C., and spend a lot more time with his beautiful wife, Nicole (Anna Diop). Then the phone call comes. Ben Grimes (Charlie Hofheimer) — one of the Rangers who helped him stage a successful hit on a terrorist in Yemen — tells Eric each of the Rangers who were part of the raid is being hunted. The bad guys want something — but what? And who gave them the names of the Rangers?

Cut to CTU headquarters, where former CTU head Rebecca Ingram (Miranda Otto) is about to confront that same question: Who? Could it be the new director of CTU, Keith Mullins (Teddy Sears)? Or is there another mole inside the once-mole-infested CTU? Maybe the rat is embedded in her husband’s campaign. He’s Sen. John Donovan (Jimmy Smits) and is running for POTUS. Meanwhile, Eric needs help and the clock is ticking. The day begins at noon.

MY SAY First, think of “Legacy” as some theoretical TV counterpart to one of those reusable Elon Musk rockets. You know, the so-called Rocket X that’s supposed to go back and forth to Mars someday.

Next, consider this question: Can an iconic series like “24” also be reused over and over again, with new casts, new terrorists and new worst-days-ever, year after year after year? Both the producers and Fox — which has optimistically labeled this “season 1” — see no reason why not.

So: We’ve got a rocket, a question and a vaunted ambition. But what kind of show do we have?

Considering all this, and that post-Super Bowl launchpad, a surprisingly average one.

“Average” is the right word, too. If this was the launch of a new series, “above average” might suffice almost by virtue of casting alone. Hawkins is the first African-American action hero lead on a major network TV series in history. That’s shocking enough, but the fact that he’s as good as he is should serve as a rebuke to that inexplicable — no, wait, it’s explicable — history.

But “average” is what we’re left with. Here’s why: “Legacy” is burdened by a legacy. Most fans remember that legacy fondly and ruefully. “24” arrived in 2001 about six weeks after the worst terrorist attack on American soil, and slipped right into the cultural foment — of fear, revenge, anxiety, hysteria and a swelling national resolve to address all of that. It didn’t squander its chance either. “24” felt immediate, cinematic and visceral. (2014’s “Live Another Day” seemed more like unfinished business, or that long-promised movie, than an actual reboot.)

By contrast, “Legacy” arrives smack in the middle of more cultural foment, yet feels diminished — or confounded — by it. “Legacy” also feels slighter than the original. For example, there are four concurrent plots here, each implausible. That’s perfectly fine. Implausibility was a glorious “24” specialty.

But the fact that “Legacy” doesn’t do much to distract viewers from the implausibility is a problem. “24” used to be an elaborate three-card Monte trick, with so much action in one story that viewers couldn’t catch their breath, much less pause to unravel the logic of the other ones. Hell reliably broke out every episode, and sometimes several times an episode. In “Legacy,” only heck periodically breaks out.

Fox offered four episodes for review, and Sunday’s is the most action-packed. Then the talk comes, and “Legacy” can be very chatty. “Things are going to get crazy around here,” says Rebecca from CTU headquarters just before 4 p.m.

BOTTOM LINE Great cast, and Hawkins is a worthy Jack Bauer successor. But “Legacy” can be lethargic and loquacious. More action, less talk, will hopefully close out this day.