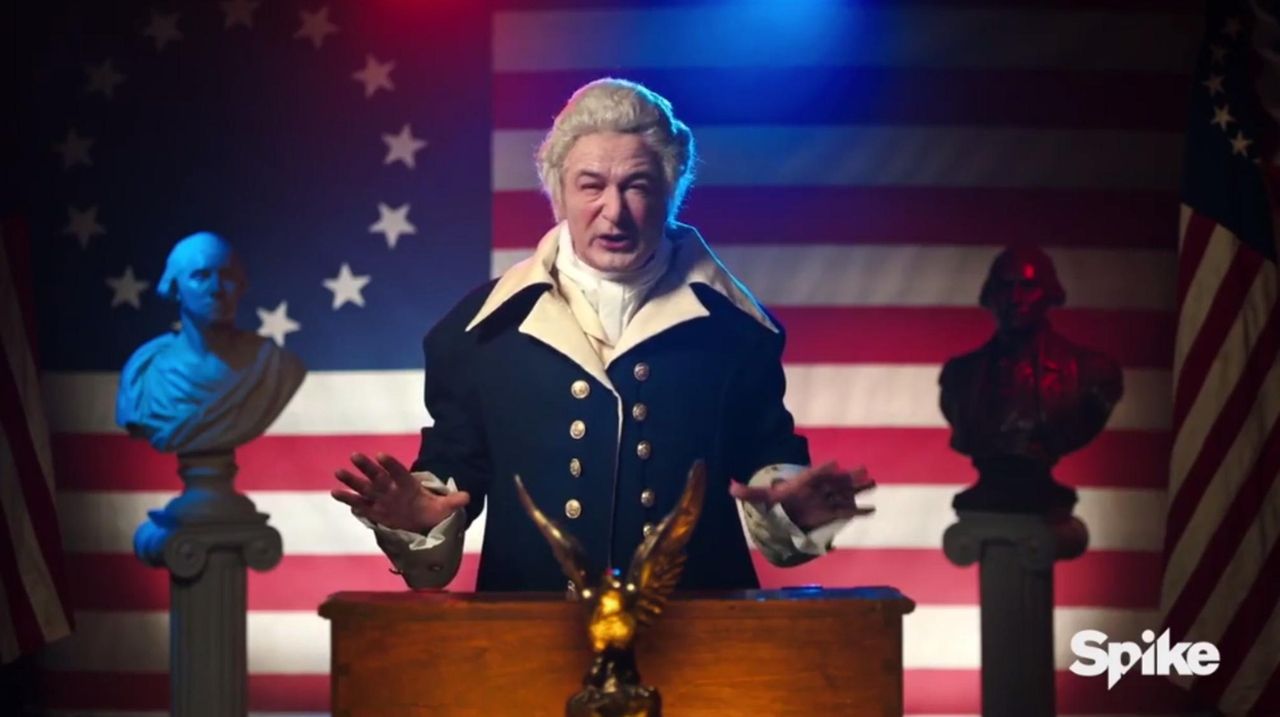 Alec Baldwin’s roast at Harlem’s Apollo Theater, taped June 25, airs Sunday night at 9 on Spike TV, but in advance of that, the network has released about 10 clips. Whether representative of the whole, or not, they do hint at a reasonably congenial evening absent bile or bite. (Was roastmaster extraordinaire Jeff Ross otherwise engaged that night?) In fact, Spike’s “One Night Only” does appear to be more of a once-over-easy instead of a full-fledged roast.

Here are some outtakes. You be the judge:

Jack McBrayer (co-star on “30 Rock”): “You obviously have a lot of friends — they just couldn’t be here tonight.”

Hilaria Baldwin: “The advantage to being married to a man Alec’s age, for example, is that he’s a wonderful grandfather to our children.”

Ireland Baldwin: “I’m here to roast this big old ham I call my father. Speaking of pigs . . . some of you may remember me as that ‘thoughtless little pig.’ That was a decade ago, but my dad and I are in a much better place. He’d never say that now because I’m six-foot-two and would kick his [expletive].” (Vanity Fair, which was in attendance, picked up the rest of her tribute: “I really am so proud to be your daughter and I’m proud to be here tonight. I absolutely love you and adore you.”

Tracy Morgan: “Last time I was on one of these I paid tribute to Don Rickles [and] Eddie Murphy . . . Tonight I pay tribute to Alec Baldwin, host of ‘The Match Game.’ ”

Billy Baldwin: “One of the problems of being a Baldwin brother is that people confuse me all the time . . . I was stopped [by the police] in California [who mistook him]. Alec said I’d rather get three points on my license than ever be confused with you.”

Julianne Moore: “If you work with him you are guaranteed to win an Oscar . . . I wouldn’t be surprised if this year Melania Trump walks away with a best supporting actress [Oscar].”

President Bill Clinton: “In elementary school, he was already running for president of something and he ended up going to George Washington University for two years, where he ran for student body president then came back home to New York, where he followed the classic path, from politics to soap operas. Now that we know it works the other way around, you need to think about running again. You’ll probably win the next time.”

“It’s great to see all of you. It couldn’t have been easy to get here coming all the way from obscurity. This is for Bob [DeNiro], whatever legacy-killing rom-com you are working on right now . . . Julianne Moore, you look lovely. In ‘Still Alice,’ I played your husband as you struggled with Alzheimer’s. I was surprised that you thanked me in your acceptance speech, because I thought you actually had Alzheimer’s . . . Lorne Michaels couldn’t be here, fortunately. He was trapped under a pile of money he made off of all of our acts.”